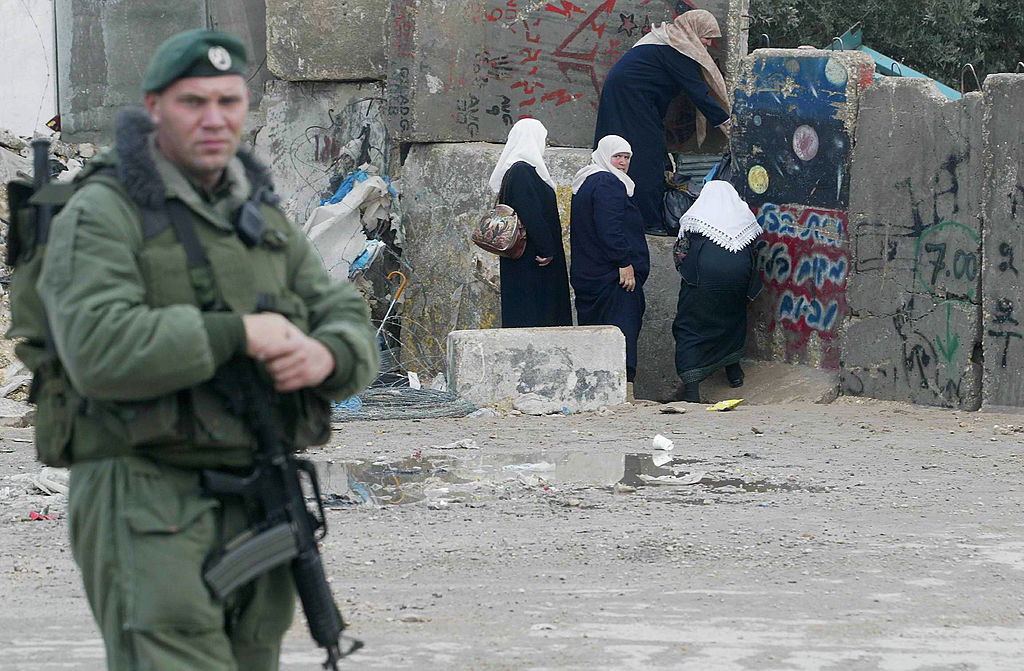 Amnesty International is the latest in a long line of human rights groups to say Israel is committing apartheid against Palestinians, as it urges the international community to act and hold Israeli authorities to account.

In the comprehensive 280-page report, Israel’s Apartheid against Palestinians: Cruel System of Domination and Crime against Humanity, Amnesty says that "massive seizures of Palestinian land and property, unlawful killings, forcible transfer, drastic movement restrictions, and the denial of nationality and citizenship to Palestinians are all components of a system which amounts to apartheid under international law."

These "violations constitute apartheid as a crime against humanity", as defined in the Rome Statute and Apartheid Convention.

The report details how Israel enforces "a system of oppression and domination against the Palestinian people wherever it has control over their rights", including those living in Israel, the Occupied Palestinian Territories (OPT) and displaced refugees in other countries.

“There is no possible justification for a system built around the institutionalized and prolonged racist oppression of millions of people. Apartheid has no place in our world, and states which choose to make allowances for Israel will find themselves on the wrong side of history," says Callamard.

"Governments who continue to supply Israel with arms and shield it from accountability at the UN are supporting a system of apartheid, undermining the international legal order, and exacerbating the suffering of the Palestinian people. The international community must face up to the reality of Israel’s apartheid, and pursue the many avenues to justice which remain shamefully unexplored.”

The findings build on a growing body of work by other human rights groups that have said Israel is committing apartheid, including B’Tselem, Yesh Din and Human Rights Watch.

In the report, Amnesty provides recommendations on how Israel can "dismantle the apartheid system and the discrimination, segregation and oppression which sustain it."

In international criminal law, unlawful acts committed within a system of oppression and domination, with the intention of maintaining it, "constitute the crime against humanity of apartheid."

The group says acts proscribed in the Apartheid Convention and Rome Statute appear in all areas of Israeli control.

It points to Israeli authorities deliberately denying Palestinians their basic rights and freedoms through movement restrictions, discriminatory underinvestment in Palestinian communities in Israel, and the denial of refugees’ right to return.

The report also documents forcible transfer, administrative detention, torture, and unlawful killings, in both Israel and the OPT.

It urges the UN Security Council to impose an arms embargo on Israel, given that thousands of Palestinian have been unlawfully killed by Israeli forces.

"The Security Council should also impose targeted sanctions, such as asset freezes, against Israeli officials most implicated in the crime of apartheid," it adds.

Amnesty explains that Israeli authorities treat Palestinians as an "inferior racial group who are defined by their non-Jewish, Arab status." It says this racial discrimination is cemented in laws that affect Palestinians across Israel and the OPT.

For example, Palestinian citizens of Israel are denied a nationality, and in the West Bank and Gaza, Palestinians have no citizenship and most are considered stateless.

The report also looks at how Palestinians in Israel face discrimination - they are blocked from leasing 80% of Israel's state land. The situation in the Naqab region is a prime example of how Israel's building policies intentionally exclude Palestinians.

"Decades of deliberately unequal treatment of Palestinian citizens of Israel have left them consistently economically disadvantaged in comparison to Jewish Israelis," says Amnesty.

Since its establishment, the Israeli state has enforced land seizures against Palestinians and implements laws and policies to force Palestinians into small enclaves.

"The dispossession and displacement of Palestinians from their homes is a crucial pillar of Israel’s apartheid system," says the group.

It cites Palestinian neighbourhoods in East Jerusalem, often targeted by settler organisations with the full backing of the Israeli government.

One such neighbourhood, Sheikh Jarrah, has been the site of frequent protests since May 2021 as families battle to keep their homes under the threat of a settler lawsuit.

Since the mid-1990s, Israeli authorities have imposed stringent movement restrictions on Palestinians with military checkpoints, roadblocks, fences, and other structures that restrict movement within the OPT and elsewhere.

Meanwhile, in Gaza, over 2 million Palestinians continue to live under an Israeli blockade which has created a humanitarian crisis. Gazans cannot travel abroad or into the rest of the OPT, meaning they are effectively segregated from the rest of the world.

"For Palestinians, the difficulty of travelling within and in and out of the OPT is a constant reminder of their powerlessness. Their every move is subject to the Israeli military’s approval, and the simplest daily task means navigating a web of violent control," says Agnès Callamard.

Amnesty says all governments, particularly those with close diplomatic relations such as the UK, the US and the European Union but also Arab and African states that are strengthening their ties, must not support the system of apartheid and should cooperate to "bring an end to this unlawful situation."

"The organization is calling for an end to the brutal practice of home demolitions and forced evictions as a first step. Israel must grant equal rights to all Palestinians in Israel and the OPT, in line with principles of international human rights and humanitarian law," says Amnesty.

"It must recognize the right of Palestinian refugees and their descendants to return to homes where they or their families once lived, and provide victims of human rights violations and crimes against humanity with full reparations," it added.

The Palestinians have praised the report but it has been met with an angry response from Israel, which rejects the claims made in it.