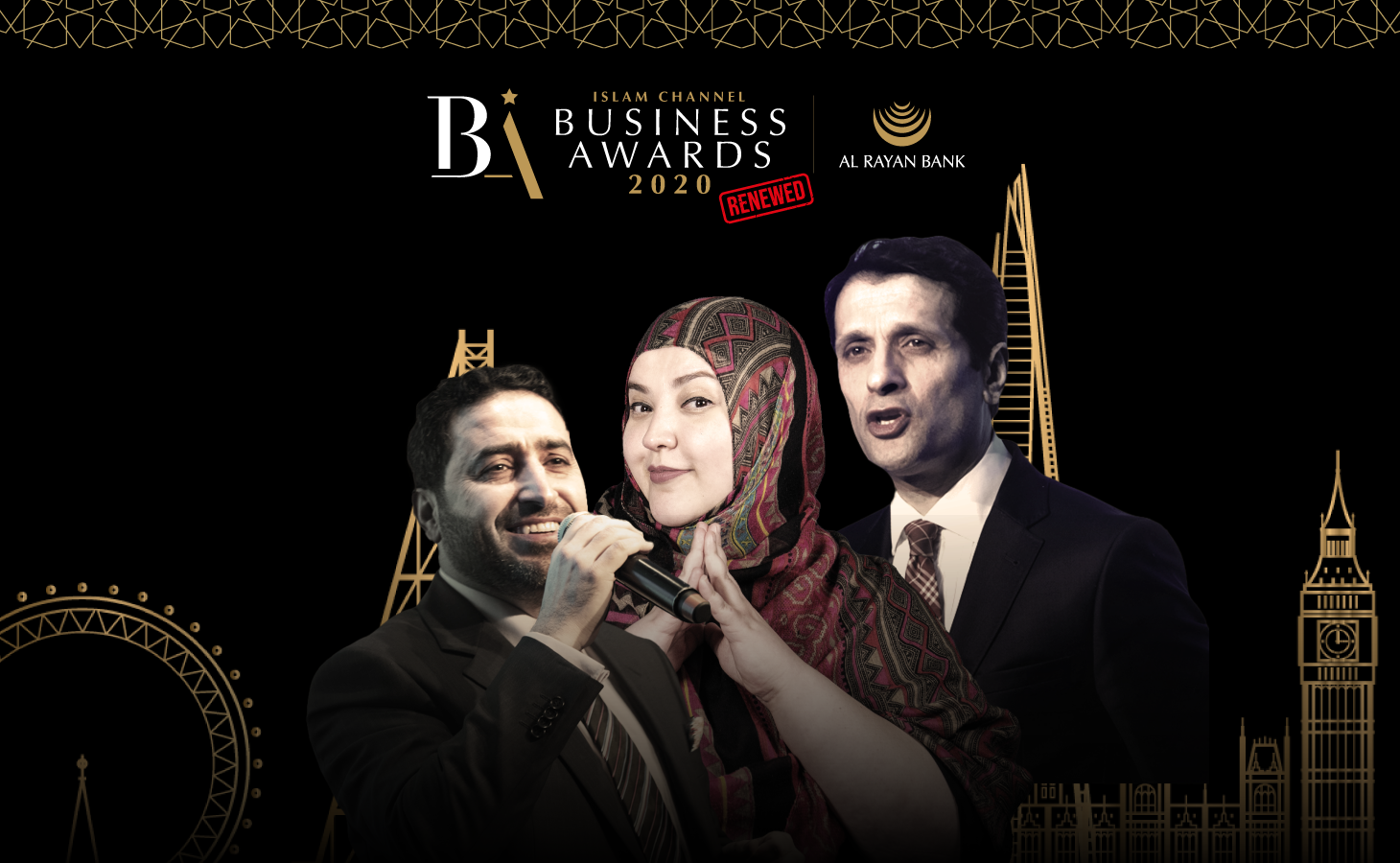 The much-anticipated Islam Channel Business Awards, in partnership with Al Rayan bank, is back to celebrate the entrepreneurial talents and outstanding successes of Muslims in business.

We’re delighted to announce that the awards ceremony, which the BBC’s Asad Ahmad will host, will be held on Friday 18th November 2022 at the Hilton London Metropole.  The Islam Channel Business Awards 2020 was originally due to take place in March 2020 but was unavoidably postponed due to the worldwide covid pandemic.

In addition to celebrating the hard work and achievements of the 2020 finalists, chosen from hundreds of businesses nominated for the awards, we have launched three new categories for 2022.

The new categories acknowledge those that saw the pandemic as an opportunity for change and thrived. We also recognise non-Muslim businesses that make a special effort to include Muslims.

Submit your nominations for the awards

It will be the second time that Asad Ahmad hosts the Islam Channel Business Awards, which were held for the first time in 2019. This unique event proved a huge success in bringing together the community, showcasing the contribution of Muslim business to the UK economy and providing positive role models for the next generation of entrepreneurs.

Mohamed Harrath, CEO of Islam Channel explained why the awards are so significant to the channel: “One of Islam Channel’s most important roles is to celebrate Muslim achievement. All too often, the media focuses on negative stories about Muslims and the Islam Channel Business Awards allow us to come together and celebrate the entrepreneurial skills and commercial successes of the Muslim community.”

“The return to live events allows us, once again, to bring together the community to recognise and highlight the contribution which Muslims are making to the UK economy as well as to the social, political and cultural landscape of Great Britain.”

Performers on the night will include comedian Fatiha El-Ghorri and nasheed artist Yahya Hawwa. Fatiha is a British Muslim stand-up comedian who challenges misconceptions about Muslims and Islam. She is a regular on mainstream media and has appeared on ITV, Sky and the BBC. Born in Syria and raised in Makkah, where he memorised the Quran with an Ijazah, Yahya has inspired Muslims worldwide with his positive messages of hope, performing in hundreds of concerts around the world.

Over 1000 esteemed figures are expected at the event, including business leaders, parliamentarians, ambassadors and prominent personalities.

Rewarding the resilience of Muslim businesses

Mohamed Harrath set out the thinking behind the new awards: “We all want to put the worldwide covid pandemic behind us, but as Muslims it is also important to acknowledge that adversity is an important part of life. This is why we felt it was right to focus our new awards on those who have shown resilience and prospered, even in the face of hardship.”

Host, Asad Ahmad, added: "Muslims have owned and run Britain’s most successful businesses, both large and small, for decades. They have supported all communities across England, Scotland, Wales and Northern Ireland generating billions of pounds for our economy and creating millions of jobs."

"In these difficult economic times following the Covid pandemic, the Islam Channel Business Awards has never been more important in celebrating the wide range of elite Muslim businesses who will help secure Britain’s position as a global economic force."

Please visit our awards website for more information on the event, sponsorship and ticket queries.