BBC's Jason Mohammad talks about being a role model for Muslims 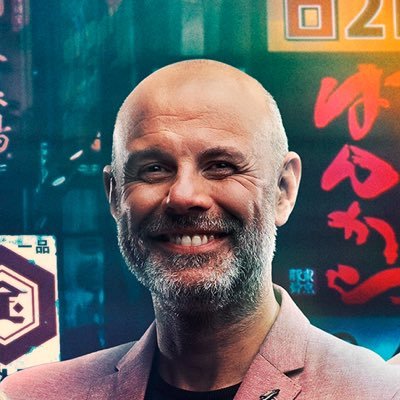 BBC sports presenter, Jason Mohammad, has given a recent interview in which he reveals the amount of Islamophobia he experienced, from his upbringing in Cardiff to being a household name on television screens.

Growing up in Ely, a district of Cardiff in South Wales, born to a Pakistani father and Welsh mother, Mohammad describes the difficulties he faced growing up in the 1980s, due to unchecked racism and Islamophobia:

"People think Islamophobia is a new thing, but I was being abused for being a Muslim when I was seven years old," he says. "I was called a 'Muzzie' and the P-word and remembered walking home from school one day and a kid spitting at me for no reason. That's just what it was like back then for someone like me – the only Muslim kid in my school, one of very few Mohammads on my side of Cardiff, in a hard place where there were lots of racists around. The first time I saw a union flag, it had 'NF' in the middle of it and was hanging out of a window near where I lived."

"And while I didn't suffer racism every day I was constantly made aware I was different, and when you're aware you're different you feel it [racist abuse] could happen at any moment. That type of thing sticks with you and can damage you in adulthood. That was definitely the case for me, hence me feeling unable and unwilling to talk about my faith for many years."

In 2009, Mohammad made a documentary on Welsh-language channel S4C about his pilgrimage to Makkah, following in the footsteps of his father, who had visited four decades earlier. He says that it was a "spiritual awakening" and affirmed his self-belief that he could make it in journalism.

"I was nervous about it being shown because I didn't think people would want to see someone who does sport on telly baring their soul in that way," he says. "But I got hundreds of messages from people saying how much they had enjoyed the programme and how it had brought them to tears. That reaction made me realise people are interested in religion and spirituality and that there's no need to hide my Pakistani heritage and how incredibly proud I am of it."

Given that he's the first Muslim sports presenter on the BBC, fasting during Ramadan, especially during live broadcasts, wasn't the easiest of tasks.

"It was difficult given the amount of broadcasting I do. At half-time on Final Score, for instance, there is a coffee round and, while the pundits I'm on with had a cup, I had to go without, which was really difficult as I love coffee. But you know what, something happens within – after the first couple of days you get swept along with focus and devotion and a strong connection with God is formed. That provided me with the strength to get through it."

In many ways, Mohammad is fulfilling a lifelong dream for himself as the presenter of Final Score on BBC1.

"I grew up watching the likes of Des Lynam and Steve Ryder, and that's all I ever wanted to do: present sport on TV and radio," he says. "But I was constantly told it wouldn't happen for me, that a boy called Mohammad from one of the toughest areas in the United Kingdom, if not Europe, couldn't make it at the BBC. But I kept believing, kept grafting, and eventually, I made it."

"That's something I truly appreciated after a friend said to me: 'You do realise you're the first Muslim presenter of Match of the Day, and for Muslim kids to see someone like you present one of the most iconic shows on television, that's massive. You've given them hope that they can achieve their own dreams'. I'd never thought about that and, while it's a big responsibility, it's also an honour and makes me even more proud of who I am."