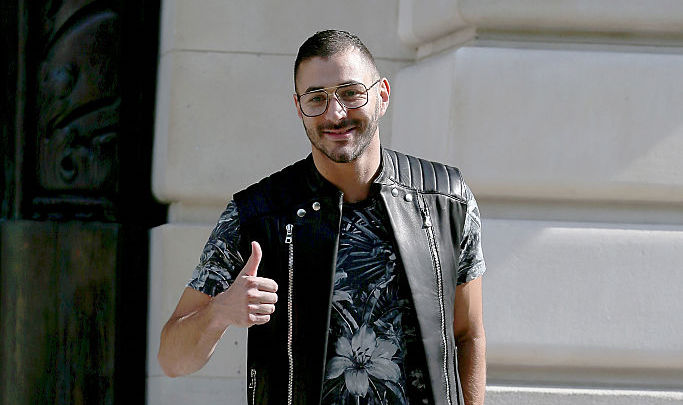 If fans feared that fasting would hinder footballers, this performance by Benzema should put that argument to rest.

Despite not eating or drinking all day, the Muslim forward feasted on the Chelsea defence as Real Madrid ended up comfortable 3-1 winners with Benzema scoring all the goals for the visitors.

In a recent interview with Esquire Middle East, Benzema spoke about Ramadan's impact on his routine, schedule and training regime

"No impact, Ramadan is part of my life and my religion makes Ramadan an obligation," he said. "For me, it’s very important and I feel good when I’m fasting."

Yesterday's match saw a number of Muslim footballers in the squad of both teams. Along with Benzema, defender Ferland Mendy was also in the starting eleven for Real Madrid.

While Chelsea's Muslim players included Antonio Rudiger, N'Golo Kante and Hakim Ziyech, with Malang Sarr was on the bench.

Recently, Leicester City first-team coach Kolo Toure spoke about the significance of Ramadan and fasting and why it is important for Muslim footballers.

Leicester's Wesley Fofana, who last year made headlines along with Crystal Palace's Cheikhou Kouyate when they broke fast mid-game, was hailed for his "incredible" performance against Manchester United on Saturday whilst fasting.

“He has just started Ramadan,” said manager Brendon Rogers. “He hasn’t eaten or drunk a thing.

"To play like that shows what a player he is.”

People on social media have also praised other footballers who have been fasting whilst playing during Ramadan.

Everton's Abdoulaye Doucoure broke his fast just moments before the game against Burnley.

"Watching Abdoulaye Doucoure break his fast, minutes into the first half in the Burnley v. Everton game yesterday shows the dedication of Muslims during Ramadan. It's crazy tbh," said one tweeter.

Watching Abdoulaye Doucoure break his fast, minutes into the first half in the Burnley v. Everton game yesterday shows the dedication of Muslims during Ramadan.
It's crazy tbh https://t.co/vzL9Z5Elxj

Kouyate in the recent Premier League match against Arsenal also broke his fast before the game started.

Brilliant effort @sportsdrzaf for sharing insights & raising awareness about his support for #Muslim footballers ⚽️ like @PapiCheikhou from @CPFC who plays while fasting during the month of #Ramadan “without even water” and have no impact on his performance from Dawn till sunset. pic.twitter.com/XF4micqv3v