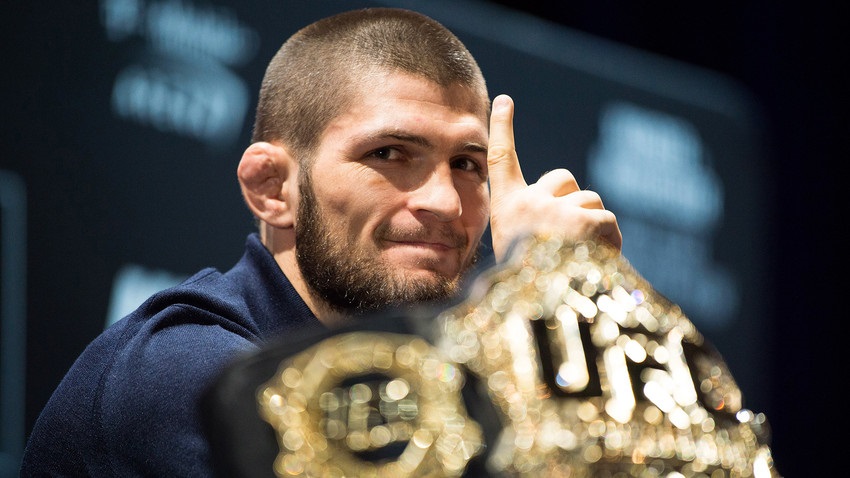 Legendary UFC fighter Khabib Nurmagomedov is in the UK this weekend for two charity events to support SKT Welfare, where he will be talking about his life and career.

Islam Channel's The Today Show featured an exclusive interview conducted by our Head of Production, Mars El Brogy, with Khabib in London:

‍The Russian fighter who recently retired from competitive fighting and remained undefeated his entire career will be in London and Harrogate as part of a charity fundraiser for SKT Welfare on 2nd and 3rd October respectively, entitled ‘The Legacy Continues’.

Islam Channel is the proud media partner for these unique events.

These will undoubtedly be nights to remember as Khabib will talk of his journey from Dagestan to world fame, share revealing stories told and untold from his remarkable career, discuss his inspiring new global ambitions, and answer audience questions.

Khabib was the first Muslim to win a UFC title and is the most followed Russian on Instagram with more than 30 million followers. He is also widely seen as the greatest Lightweight mixed martial arts fighter of all time, with 29 fights fought and won – 8 by knockout, 11 by submission and ten by decision.

Khabib Nurmagomedov will appear on the following dates:

Islam Channel will be filming both events and showing highlights, with exclusive coverage of Khabib on Thursday 7th October at 8pm.