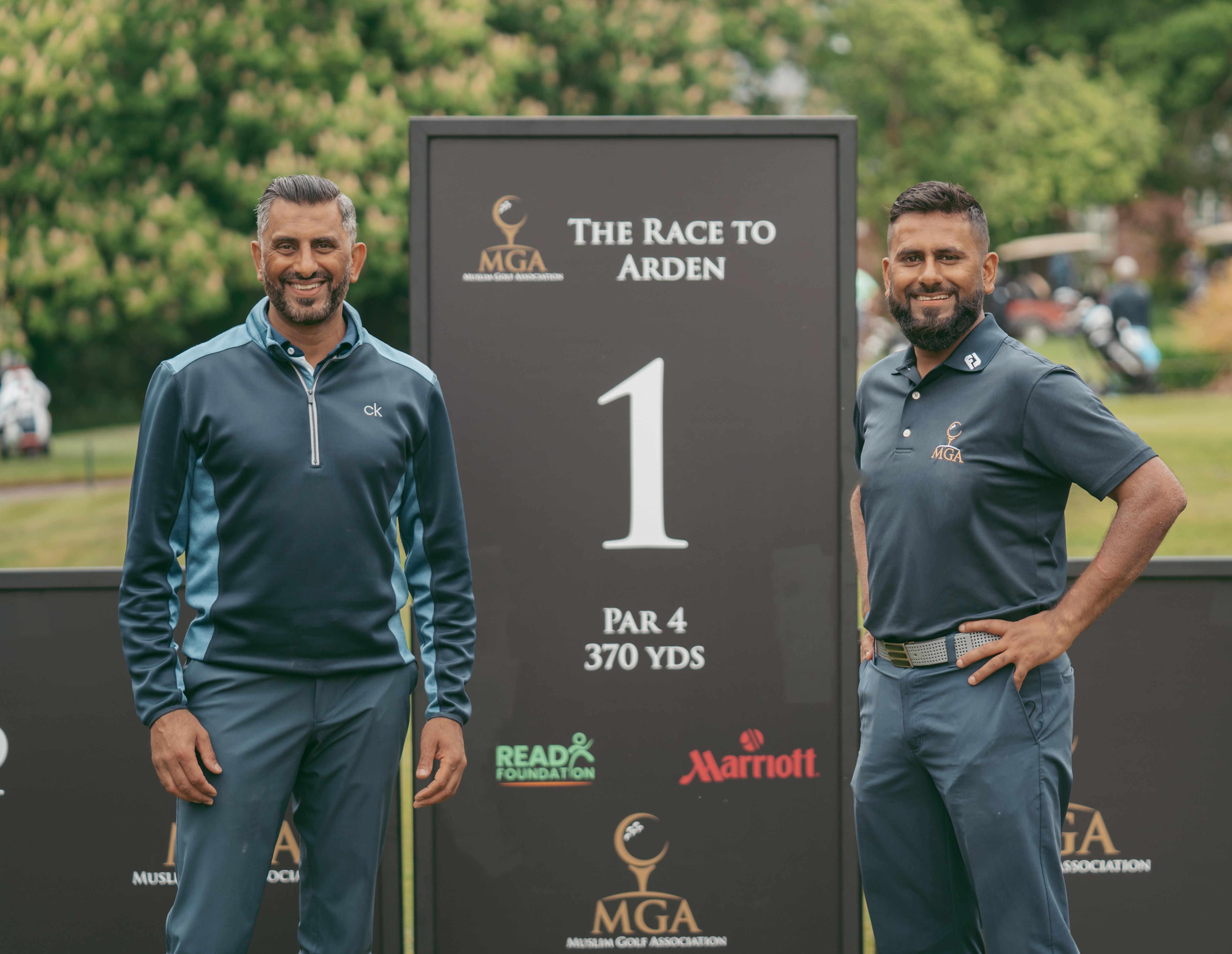 The Muslim Golf Association is tackling the lack of diversity in the sport, perhaps one of the most traditional and elite of British sports.

What’s the connection between golf and Islam? Do you see any?

Amir Malik certainly does. The 37-year-old is the founder of the Muslim Golf Association (MGA), the “world’s first” dedicated golfing platform for Muslims.

The recruitment consultant from Luton created MGA in 2020 to provide a platform where Muslims could enjoy golf at prestigious venues. The MGA hopes to host multiple tournaments, competitions and golf days across the UK and provide an opportunity for like-minded individuals to come together, network and socialise.

Even though Amir thinks Islam and golf have similarities, it’s the bits of the sport that aren’t so compatible with the religion that prompted Amir to set something up specifically for Muslims. There’s a big social side to golf, often revolving around drink and gambling — the famous ‘19th hole’ is slang for going to the clubhouse bar after a round of golf.

“It's common to go into the clubhouse and spend hours. It's genuinely alcohol-filled — it's how people unwind,” says Amir. “Being Muslim, I found those environments extremely uncomfortable.”

Since golf can take quite some time to play, salah can also be an issue for Muslim players too. If you sneak away to a corner of your office to pray, you can appreciate how self aware a player might feel to break away from a golf game and pray on an open, expansive field.

“When you're playing, it's time for salah, you'd feel awkward and very conscious… I know loads of people who would actually miss a prayer for the sake of not being ‘embarrassed,’” says Amir.

Amir wanted to create something that would empower and inspire Muslims to abide by their principles and also feel comfortable when playing. “We should play according to our values and we shouldn't need to succumb to peer pressure,” he says.

The youngest of four siblings, Amir was always sporty. He played cricket at a ‘decent level’ before finding golf around seven years ago: “It was one of those moments where you go to the driving range, hit a couple of balls and as soon as you hit one off the middle, it’s just wow — that’s pretty special.”

Amir started taking the game more seriously a few years ago and soon found a close group of friends to regularly tee off with. “We all sort of discovered the game relatively the same sort of time,” he says.

“I just went into it headfirst and genuinely fell in love with this game. It's been an addiction...I just wish I'd played when I was a lot younger.”

Setting up the Muslim Golf Association

MGA started altruistically. Amir held a golf day in August last year for a Manchester-based charity that his brother works for.

It was held at The Grove, one of the UK’s most prestigious golf courses — it hosted the British Masters a few years ago and even golfing legend Tiger Woods has graced its fairway.

Amir announced the event six months earlier, on December 25 2019, and sold all 72 tickets within 24 hours. “To have an event sold out that far in advance, was just mind blowing,” says Amir.

“And then within a week, I had about 80 to 90 people signed up on the waiting list... And that's when the penny really dropped — I thought wow!”

People from all corners of the UK came to play. They raised £18k and sponsored around 40 orphans. “And that was the beginning of the MGA,” says Amir. “Since then, we've never looked back.”

The occasion was planned before COVID-19 turned the world upside down. It was one of the first events The Grove staged after lockdown restrictions were lifted. The pandemic made it tough to organise another event in 2020 so Amir put his energy into establishing the MGA and doing something big for 2021.

It resulted in the ‘Race to Arden.’ A tri-series tournament that takes place over three iconic golf courses in Manchester, London and Birmingham. In May, the Manchester event sold out and the two other events will happen over the summer.

“The events are held at premier venues at a very high level where there's a level of professionalism and an element of class,” says Amir. “I wanted people to come along and feel like that every MGA is an experience.”

The golfing fraternity has taken Amir and his initiative well. Amir says in the past, some elite clubs felt like a ‘closed shop’ but he’s been ‘humbled’ by how well the association has been received by the community.

The MGA’s events aren’t just open to Muslims — anyone can play as long as they adhere to the MGA’s core principles; no alcohol, no gambling and pause games when it’s time for salah.

Making the sport more inclusive is something Amir is passionate about. Golf is seen as an elite, middle-class and exclusive sport. Muslims, on the other hand, are overwhelmingly from working-class backgrounds. And he hopes the MGA will help break some of those barriers that prevent people from diverse backgrounds playing the sport.

“Let's be honest, golf is seen to be a rich sport — that’s the tag associated with it,'' says Amir. “It has been for too long an exclusive boys club.”

Amir thinks the sport needs to encourage more people to play. Before the pandemic, golf as a pastime was going through somewhat of a decline, he says. Broadening the appeal of the game will help its future.

“Every industry is open to disruption because it gets too stuck in its ways and refuses to adapt, evolve and change,” says Amir. “And that's exactly what's happening in golf. All we're trying to do is just disrupt it and make it accessible for everyone, inshaAllah.”

Part of that disruption includes getting more Muslim women to play the sport. Amir points out that golf traditionally has issues including women, and so it’s even tougher for Muslim women to feel comfortable and express themselves on a golf course.

“It's a group that's always marginalised and neglected massively,” says Amir. “You always speak to people and you find that they aren’t given the opportunity to go out and get involved in sport.”

In June, the MGA teamed up with Love.golf and launched a new coaching programme to introduce Muslim women to the game. Its first taster session sold out all 25 tickets within 12 hours and there is a waiting list of more than 40. In time, Amir hopes to have a similar programme to get children engaged in the sport.

“I would love a boy or a girl come through the Muslim Golf Association and become one of the most elite players on tour, recognised across the world,” he says.

“Someone who is confident of being Muslim and having their values expressed. That for me is the dream, insha’Allah.”