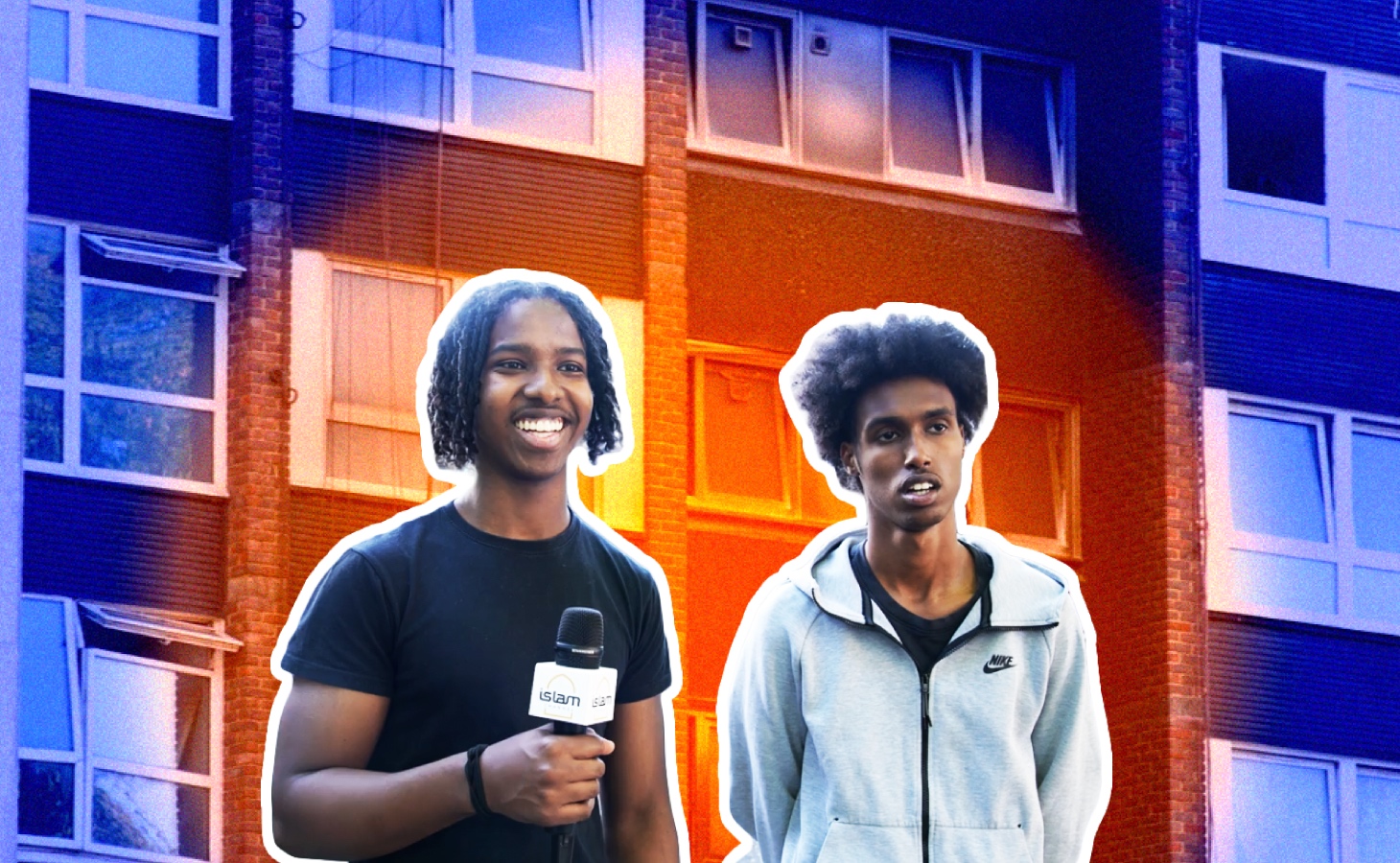 A group of Black Muslim teenagers have been hailed as heroes after they saved residents from a burning building in East London.

The fire broke out at a tower block in Bethnal Green last Thursday.  After hearing a loud explosion, the teens from a local community group Coffee Afrik rushed to the scene to help their neighbours.

Zakariya Digalle, 18, was one of those who battled the flames and thick smoke to help families escape the fire.

He - along with friends Zakariya Ibrahim and Saaed – called the emergency services but soon realised they had to do something as there were elderly people in the building.

"We heard that there was a blind guy on the fourth floor," Zakariya told Islam Channel.

"It was quite hard to find his building. But you know, after knocking on quite a few doors, we found him in the end. And then I took him on my shoulders, and I told Zack [Zakariya Ibrahim] to take down his wheelchair," he added.

The young men split up to different sides of the building and knocked on doors to get people out. Some residents on the other side of the building did not believe them at first, thinking it was a prank. But they managed to convince the residents to get out.

There were many other acts of bravery from local Muslims in the area, including Mohamed Rahman, who told MyLondon that he climbed 'from floor to floor' raising the alarm before he 'vomited soot' because he had inhaled so much smoke.

The locals had already rescued many of the elderly and vulnerable residents before the firefighters arrived. It took around 100 firefighters and 15 fire engines around eight hours to subdue the blaze.

Coffee Afrik is a community-based group supporting Somali and other Black people in East London. Founder Abdi Hassan said he was proud of the boys and praised their courage.

"They were brave and really did it for the sake of Allah," said Abdi.

"It really shows us how incredible their hearts are, the braveness of their hearts. And it really demonstrates what neighbourhood is about for us, and protecting your neighbour in Islam and the rights they have over us," said Abdi.

He said the organisation is instilling Islamic values and virtues to help the local youth in the community.

"What we're really instilling is our values," said Abdi. "Our values of giving back and having gratitude and making sure that you practice dhikr in your day to day, you pray salah, and really doing everything for the sake of Allah (SWT)."

The teens had a workshop at the youth centre just a few days earlier about qadr (fate) and how "saving a life is as if you saved the whole of mankind."

"Little did we know that same lesson we learned a few days before, would be implemented in this situation right now," said Zakariya.

"So, with that also being in the back of our minds, we just literally run in there. As a young Muslim kid, you learn that life is valued… we're all the same. And we wanted to make sure that we brought as many people out as we could," he added.

Local politicians and MPs also recognised the bravery of the young men. The Mayor of Tower Hamlets Lutfur Rahman hosted the group, while Bethnal Green and Bow MP Rushanara Ali also paid a visit to give thanks.

A depth focused day across our 5 hubs; highlight of the day was the honor & respect shown by @LutfurRahmanTH & his team @TowerHamletsNow who went above & beyond to recognize our young black men & heroes at the town hall. @Nadine_Writes @AntoineSpeaker @samgelder #thursdayvibes pic.twitter.com/PIGdBUhnCC

Police and local authorities are investigating the cause of the explosion, and families are still waiting to see when they can return to their homes.

But the community is thankful that there were no fatalities and especially grateful for the selfless actions of its young Black Muslim heroes.