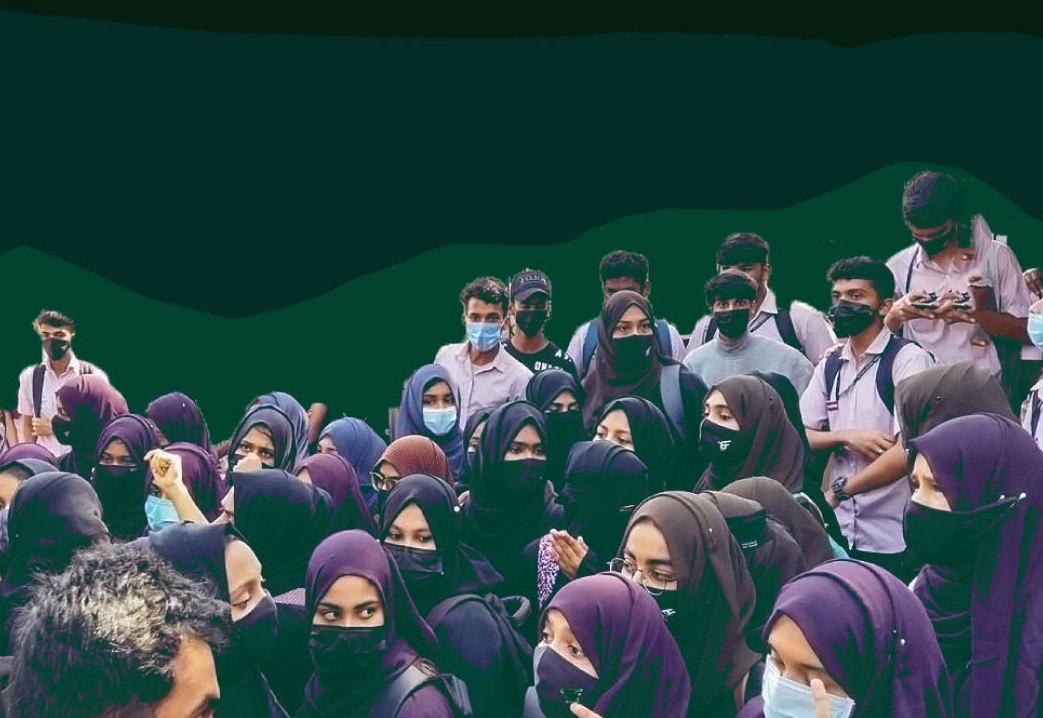 Muslim students are being forced to take off their hijabs before entering schools and colleges in the southern Indian state of Karnataka, where the right-wing BJP government banned the Islamic headgear.

Last week, authorities in India's south closed schools and colleges because of the protests, which included hostile counter-protests by right-wing Hindu students.

Many of those places have since re-opened but students and teachers were told not to wear any religious clothing until further notice. And footage has emerged this week of girls and women being forced to remove their hijab before entering class.

The Karnataka government's high court is currently discussing whether barring female pupils and students from wearing the hijab goes against constitutional rights.

What started as a simple protest outside a college in Karnataka, when Muslim girls wearing hijabs were banned from entering the classroom, has become a much bigger story in and outside India.

Protests heightened last week and spread across much of India as people vocalised the opposition to the wider trend in India of banning students who wear the hijab.

One particular incident went viral on social media when a Muslim woman, Muskan Khan, made her way to college past a group of angry counter-protesters.

She quickly became a symbol of resistance as the video went viral, with even celebrities like Paul Pogba sharing the video.

The ban on headscarves has outraged Muslim students who say it is an attack on their faith by the right-wing Bharatiya Janata Party, India's ruling party.

"This Islamophobic government is trying to deny our right," said Fatima Rizwana in one of the protests last week at a government-run college in the coastal town of Udupi in Karnataka.

"We want our right and freedom and we will fight for it until the last minute of our life."

The issue gained international exposure last month when six Muslim girls were denied entry into their classroom and forced to sit outside because of their hijabs.