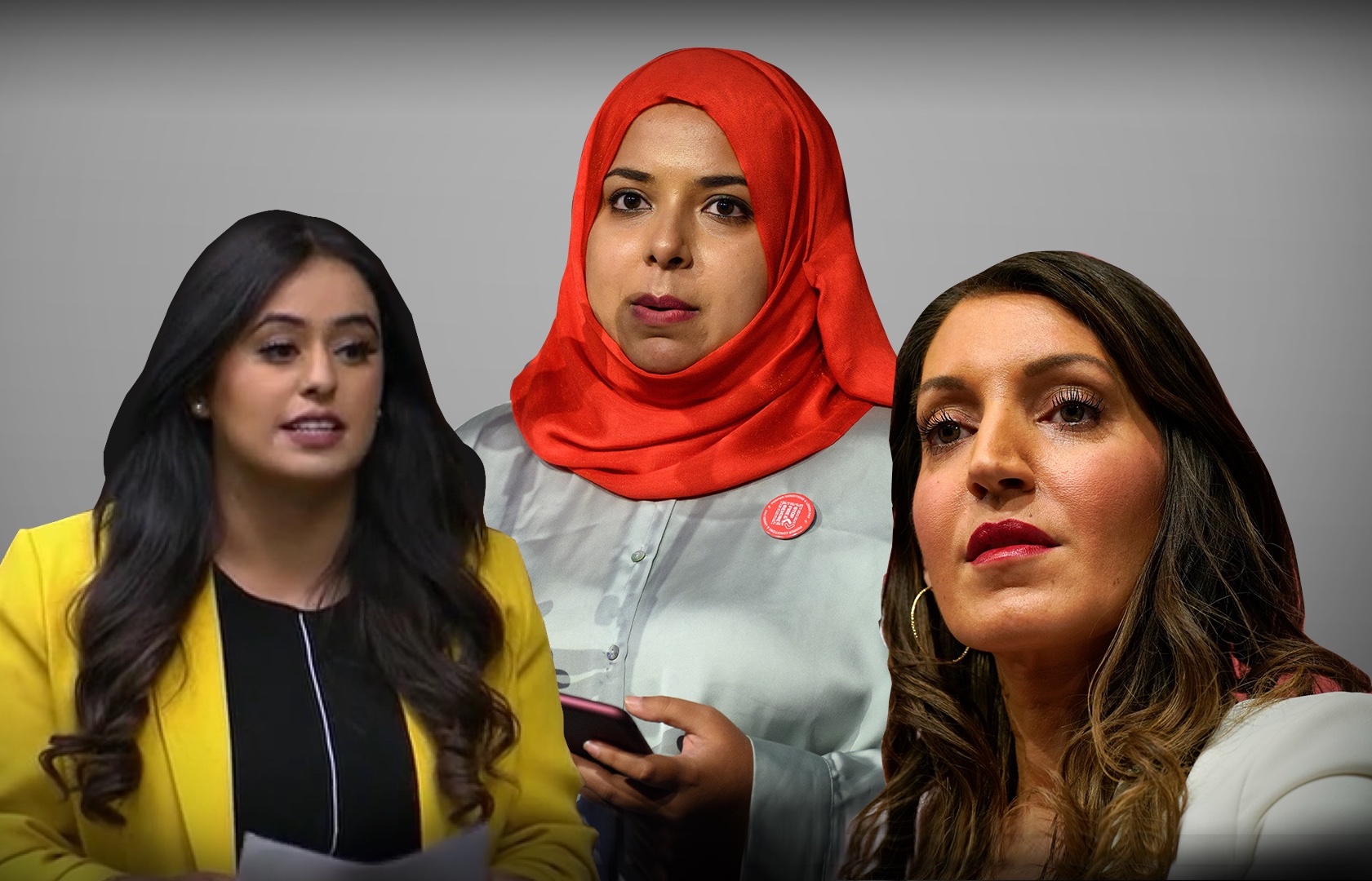 Muslim MPs shared their experiences of Islamophobia in a heated Commons debate on the topic on Wednesday.

In the one-and-a-half-hour debate, MPs from various parties demanded the Conservatives accept the All-Party Parliamentary Group (APPG) on British Muslims' definition of Islamophobia and engage with the Muslim Council of Britain (MCB) again.

But the debate turned into a row with the Conservatives protesting that it had become political — the Tory Equalities Minister Kemi Badenoch accused the other parties of turning the issue into a “political football”.

SNP MP Anum Qaisar responded by saying she tore up her planned speech to instead talk about her lived experience of facing Islamophobia: “I was nine years old when I was asked if my dad was a terrorist the day after 9/11."

"To be perfectly frank, I will not accept a debate in which we are told that we have to take the politics out of it, because the Prime Minister peddles dangerous rhetoric when he says that veiled Muslim women look like “letterboxes”. I am a Muslim. I know how that feels" added Qaisar.

Labour shadow minister Rosena Allin-Khan revealed how she was attacked when she was 11.

"Like many other speakers today, I have my scars. From being attacked by a racist gang in the park with dogs, as me and my brother ran away, having our clothes ripped from us, scared; to the audible gasps of, “Why the hell would you choose to be a Muslim?”, my experiences are as real as they are painful," she said.

Apsana Begum, Labour MP for Poplar and Limehouse, talked of being the first hijabi MP and how that makes some people uncomfortable: "From the regular mispronunciation of my name to being mistaken for other hijab-wearing women who work in Parliament, to being asked, even, if I am related to Shamima Begum."

She added: "This is the kind of material that I receive: “Vile and filthy religion…importing vile and filthy creatures like Apsana Begum”; “Muslims should be banned from public office…we can’t trust their allegiances”; “Muslims are the masters of lying. They are the bane of our Christian society. They do not belong and should be deported”; “Deport the Filth”; “Throw her and her family back to where they came from”; “Chop her hand off”; “This could be one of your last statements”. Those are not even, by any measure, the worst of what I receive."

The debate was secured by Afzal Khan, Shadow Leader of the House and Chair of the Labour Muslim Network, who pointed out the importance of defining the problem as it is the "first step in rooting it [Islamophobia] out."

Both Khan and Labour MP Bell Ribeiro-Addy also questioned the government's controversial appointment of William Shawcross to head a review of its anti-radicalisation scheme Prevent. Shawcross is accused of having a "hostile view of Islam and Muslims."

"The appointment of William Shawcross is just a symptom of something that must be addressed in this debate: the Conservative party’s Islamophobia crisis," said Khan.

This is someone who has a track record of hostility towards Muslims and Islam, yet the Govt has appointed Shawcross to lead the review on Prevent

Other Muslim MPs talked about the wide-ranging issues that stem from Islamophobia.

Labour's Yasmin Qureshi mentioned Islamophobia in other countries, while colleague Naz Shah highlighted the media's role in fuelling Islamophobia and how it results in unconscious bias.

"A sizeable percentage of British Muslim women do not wear the headscarf, not because they do not want to but because they fear that, by wearing one, they may be attacked, or due to prejudice, will have lower chances of succeeding and reaching the top," said Shah.

MPs from all sides underlined the positive impact and contribution of Muslims to wider society, from running soup kitchens to playing an active role in community initiatives.

MPs addressed the defensive tone of the comments from the Conservative Party.

SNP deputy leader Kirsten Oswald said: "The tone of some of the comments opposite was really regrettable today... And some of the eye rolling and the language used was most unfortunate."

Meanwhile, Lib Dem MP Wera Hobhouse said she was "disturbed by the initial aggression of some Tory members in this debate."

"We need to listen to those who have lived that experience and recognise it as hurt and not call it politics that is wrong," she added.

But many welcomed the "reasoned" contributions from Conservative MPs Anthony Higginbottom and Steven Baker.

Baker mentioned how he is "viciously trolled by Islamophobes" whenever he stands up for his British Muslim constituents. He urged the government to meet with the MCB and the APPG on British Muslims to accept a definition of Islamophobia.

The Tories have a policy of not engaging with the MCB.

"It’s been a very feisty debate and it’s quite clear that concerns about anti-Muslim hatred transcend party lines," Badenoch opened her speech with.

She said she would meet the APPG officers and listed what the government is doing to tackle Islamophobia. " I'm not afraid of using the phrase Islamophobia. We're not going to have a semantic argument. But there are good reasons why we refer to anti-Muslim hatred," said the Tory minister.

Badenoch admitted that “things have been slow” when it comes to acting on Islamophobia, adding that there will be "a different change of tone and pace with me as faith minister."

A few MPs talked about the conflation of terrorism and Islam in discussions. Later in her speech, Badenoch said the murder of Sir David Amess and added that it was done by "someone claiming to act on behalf of Islam."

Qureshi chastised Badenoch for adding that line: "She started her speech by using a trope about Muslims and terrorism, yet she is meant to be talking about Islamophobia."