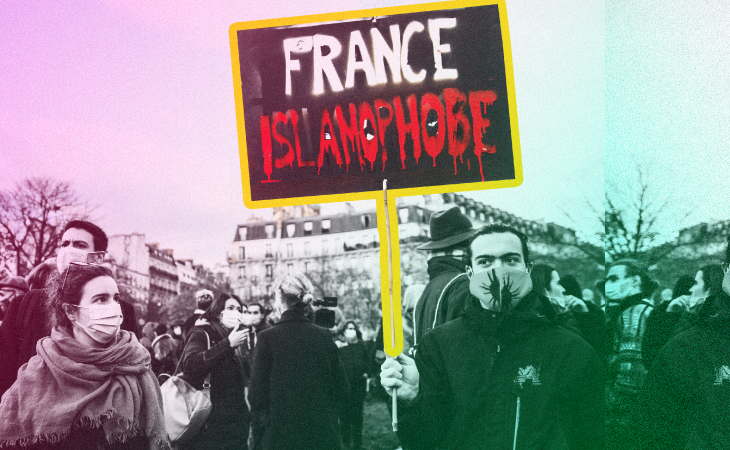 A coalition of European Muslim NGOs condemned the "endemic" state led Islamophobia across Europe at a major security and human rights conference in Poland.

The NGOs made the joint statement after appearing at the Organization for Security and Cooperation in Europe’s (OSCE) Human Dimension Conference in Warsaw.

The groups said in recent years, they have documented the rise of state-sanctioned powers and legislation targeting Muslims living in Europe.

"European governments are exploiting fears and prejudices about Islam and Muslims to build an arsenal of extraordinary authoritarian powers that start off by targeting their Muslim minorities but will eventually come to threaten the freedoms and liberties of all its citizens."

The statement warned that if European leaders continue this course, they "risk repeating the horrors Europe’s leaders created only 70 years ago and of the more recent genocide in Bosnia."

"We call on the citizens of Europe to take action now before it is too late.”

At the conference, Lamies Nassri, a project manager at CEDA, said Islamophobia plays a significant part in Danish politics and is no longer a far-right issue in the country.

"We see how Islamophobia is spreading throughout Europe," she told the delegates.

“It is your responsibility as member states to see to it that citizens in these member states are protected from state racism, surveillance, stigmatisation and violence both symbolically and physically.”

My statement on stateled Islamophobia in Denmark at the @OSCE Human Dimension Conference 1/2 pic.twitter.com/xdplUYbh0T

Muhammad Rabbani, the managing director of Cage, said the group has documented the "state-led oppression" by France against its Muslim minority.

"The result has been a sustained attack and curtailment of civil society," he said, adding that in less than four years France has 'targeted through unjustified investigations' 24,000 Muslim businesses, associations and charities.

Rabbani added: “France has now joined the company of China and India, who are both carrying out a religious persecution of an entire Muslim minority.”

Elias d’Imzalene, of French NGO Perspectives Musulmanes, said that France was a "leading example" for the likes of China and India, where Muslim minorities face state oppression.

"Today France represents, along with Austria, the main spearhead of Islamophobia in Europe,” he said.

France - committed to freedom of religion

France responded to some of the criticisms it received with a statement.

"France would like to reaffirm its fervent commitment to Freedom of religion and belief as enshrined in the French constitution and international commitments," said La France à l'OSCE.

"In France, everyone is free to believe in what the wants, or not to believe, and will be treated equally. The religious neutrality of the State, underpinned by the French concept of laicite, guarantees the freedom of conscience and is the basis for the absolute rejection of any discrimination on the basis of belief or religion.

"In France, all believers and non-believers are equal and free to profess and practice any religion or belief, within the sole limits imposed by the law for the sake of public order."

Last week, a study concluded that major forces within Europe were normalising Islamophobia with liberal democracies such as Austria, Denmark, and France amongst the worst culprits.