More sponsors distance themselves from True Geordie after Islamophobic slur 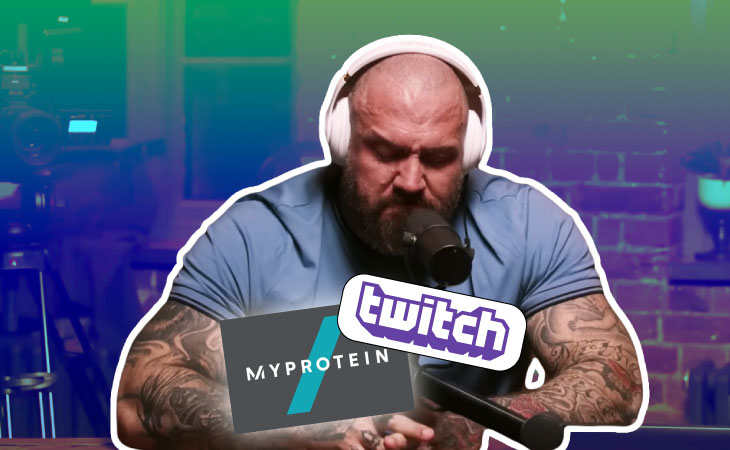 The likes of Myprotein, Twitch have joined PokerStars and Gymshark in seemingly distancing themselves from True Geordie, the Youtuber who caused outrage with his Islamophobic comments.

Despite an attempt at an apology for his "stupid slur", gym clothing retailer Gymshark and PokerStars stopped sponsoring the Youtuber.

"Following an investigation into the comments made by True Geordie, we terminated our working relationship," said Myprotein. "At Myprotein, we stand firmly against islamophobia and all other forms of discrimination, & expect the same values to be upheld by all our ambassadors."

His ban on Twitch was also seemingly confirmed on Thursday. Davis hosts a live weekly football show called The Kick Off on the platform.

It is unclear how long the ban will last or whether it is related to the offensive comments he made.

True Geordie posted an apology video earlier in the week. “I made a very stupid comment last week on a livestream which has upset a lot of people," he tweeted.

"I am truly, truly, deeply sorry to anyone seeing that, Muslim or not, and thought 'this guy has hate for anyone', I just don't."

I made a very stupid comment last week on a livestream which has upset a lot of people.

I want to say sorry, please watch this guys as I mean every word.