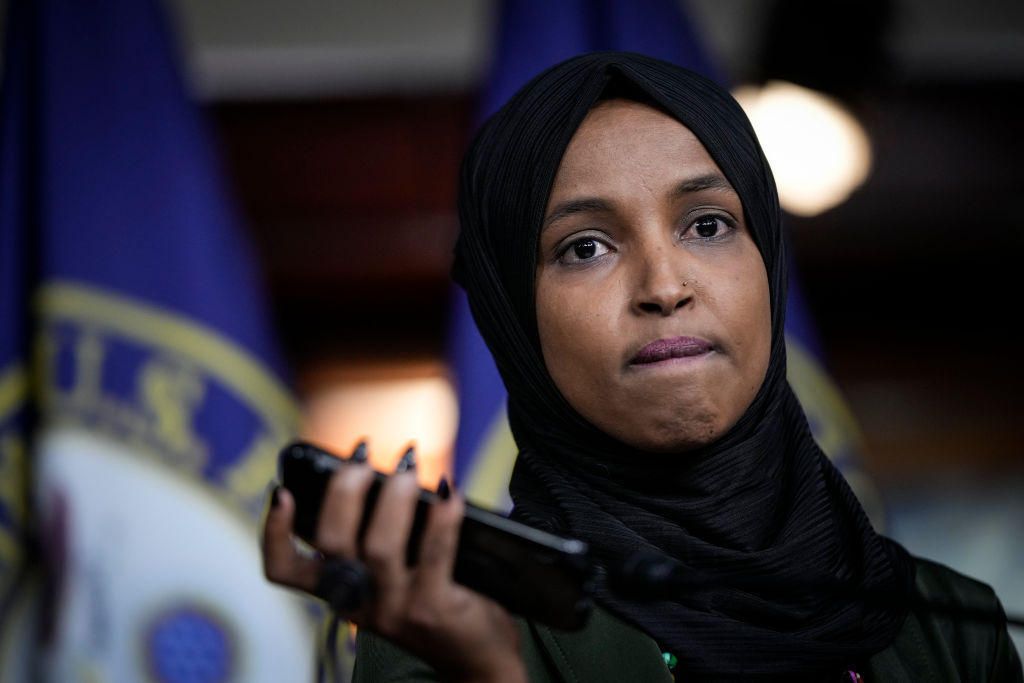 US Muslim politician Ilhan Omar played a harrowing death-threat laden voicemail that she received after Republican representative Lauren Boebert refused to apologise for the Islamophobic comments she made towards Omar in a video.

The Democratic Minnesota representative, who has been under repeated attack from Republicans and far-right pundits in the US, urged House Republican leaders to stand up with her and clamp down on those responsible for perpetuating anti-Muslim hatred.

"It was never an option for me to take off my hijab and run. And that should never be something a Muslim woman or girl has to contemplate if she wants to enter public life," said Omar said during a news conference on Tuesday. "Because I know that when we proudly stand up for our values—when we celebrate the diversity of this country, and the freedoms enshrined in our Constitution, others stand with us.”

Last week a video emerged of Colorado representative Boebert making anti-Muslim comments by likening Omar to a terrorist. Boebert refused to publicly apologise in a phone call to Omar on Monday.

In the press conference on Tuesday, Omar played a voicemail that had profanities and racist abuse, including a threat to “take you off the face of this f****** earth.” The man also said, "You are a jihadist…you will not be living any longer, b***” and called her a “traitor." She received the message after Boebert's comments.

“When a sitting member of Congress calls a colleague a member of the ‘jihad squad’ and falsifies a story to suggest I will blow up the Capitol, it is not just an attack on me but on millions of American Muslims across the country,” Omar said. “We cannot pretend this hate speech from leading politicians doesn’t have real consequences.”

“The truth is that anti-Muslim hate is on the rise both here at home and around the world,” she added.

In the offending video, Boebert implied that Ilhan Omar was mistaken for a terrorist while standing in an elevator at Capitol Hill.

A new video has emerged of Boebert making the same Islamophobic joke and calling Omar 'black-hearted' and 'evil.'

We all know being a first in politics can be painful, but my God, hearing this MP all the way in England detail the Islamophobic torment she gets as the first visibly Muslimah is heartbreaking.

Bigotry can’t be normalized and people shouldn’t be targeted because of their faith. https://t.co/rh68uNRCWM