New for kids on Islam Channel: Aya and Yusuf 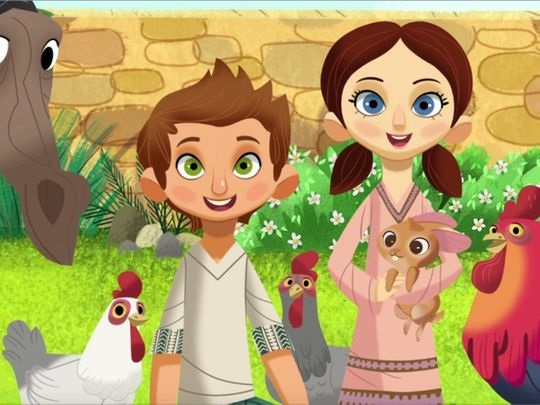 There's a brand new animated cartoon on IC Kids. Tune in at 7 am to meet your new friends. The show features Aya and Yusuf, two adorable and adventurous 6-year-old twins with a passion for exploring the world around them. The series is rooted in modern Arabic heritage and chronicles. Aya and Yusuf spend their days discovering the lush countryside where they live, while learning valuable life lessons drawn from the Holy Quran.

The animated series focuses on embracing family values such as helping those in need, accountability, honesty, gratitude, protecting the environment, and celebrating Allah’s creations and is intended to appeal to young children aged 2-8 years old.

Aya Animations, the company behind Aya and Yusuf, was established by Sara Sawaf. She spoke to Islam Channel about how the idea came about:

"I wanted to make the values in the Quran cool"

“In 2015, my eldest daughter was two and a half years old. I was looking for particular content that presented our values in a positive light, in a way that would intrigue and attract her attention.

I couldn’t find enough out there at the time, but she very much intrigued by Masha and the Bear and other cartoons that were really colourful, which really grabbed her attention. Then I observed a pattern and screen time was limited. So I asked what is it that they enjoyed more than others?  I found out that there was a lack of content that presents Islamic values or even Arabic content that was of a global standard. So I decided that I wanted to delve into this myself, instead of waiting for someone to create it."

Sara explains how she developed a passion for creating value-based content for Muslim children: "I didn’t come from an animation background, but I thought you know what, it can be done and I can learn as I go from being around a team, and that’s how I first started.”

Mars El Brogy, Head of Production at Islam Channel shares Sara's enthusiasm for new children’s content being launched on the channel. She said: "It's great to have an animation series in which the stories are inspired by the Holy Quran.”

“Children's programming is very important to Islam Channel as we know that our audience relies on us to not only entertain, but to educate. As Head of Production and the mother of two young girls, I'd love to create a great offering of religious and values-based edutainment content for children. There's definitely a need for halal entertainment for the family, but especially for young children."

"Creator Sara Sawaf and the story behind building the Aya and Yusuf brand is inspirational and it's fantastic to have this series that's got really high production values."

Tune in at 7am for IC Kids to watch Aya and Yusuf and enjoy more entertaining and educational programmes for children, inspired by Islamic values.