The 2022 honours list: what does it say about Islamophobia in Britain? 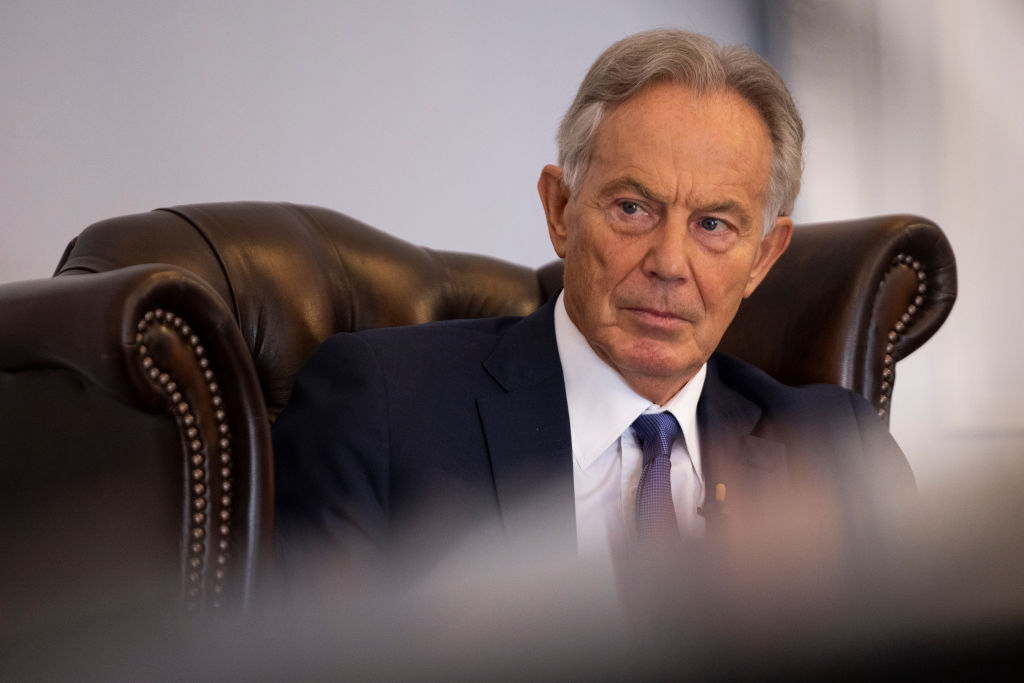 Over 50 Muslims were named in the Queen's 2022 New Year Honours List, but political commentator Hamza Ali Shah believes the more prestigious awards given to the likes of Tony Blair and Trevor Philips highlights the problem of institutional Islamophobia in Britain today.

If ever a situation was needed to encapsulate the risible and defective nature of the honours system, then this year’s list took care of business.

That Tony Blair, former leader of the Labour Party, is not only rewarded with a knighthood but receives the highest possible ranking is testament to that.

He will be appointed a Knight Companion of the Most Noble Order of the Garter, the oldest and most senior British order of chivalry the Queen gives exclusively as a personal gift.

Most former prime ministers and holders of that office receive a knighthood - effectively rewarded for just doing their job. James Callaghan received one and so did Margaret Thatcher.

At the time of writing, more than 750,000 people have signed a petition calling for Blair’s honour to be rescinded. Yet when it comes to the former Labour leader, numbers seldom make a difference. Otherwise, the 2 million people who marched in London in February 2003 against the Iraq War would have prompted him to reweigh his strategy. Instead, the number that seemingly mattered to him was 45: the number of minutes he claimed it would take for Saddam Hussein to deploy chemical or biological weapons.

The convenor of the Stop the War coalition Lindsey German, said the knighthood was a ‘kick in the teeth’ for the people of Afghanistan and Iraq, before adding that she was ‘amazed’ to hear Blair had been given the award.

Blair’s tenure included sending British troops into Afghanistan where the consequences have been catastrophic to this day: 8 million people are now believed to be on the brink of starvation. He then dragged Britain – using intelligence that was falsely overstated – to war in Iraq where at least 460,000 innocent civilians were massacred and the region massively destabilised. The irreparable damage he caused makes the decision to present him with a knighthood a bewildering one.

But the reality is that across the British establishment, those who inflict misery on the Muslim community and hold antagonistic views are not reprimanded but instead rewarded. The list of names who joined ‘Sir’ Tony Blair on the honours list revealed this ominously eerie pattern.

Trevor Phillips’ inclusion was a particularly contentious one. The former chair of the Equalities and Human Rights Commission has a history of making objectionable comments regarding Muslims. He claimed Muslims are a ‘nation within a nation’ and that ‘they see the world differently from the rest of us’.

He was suspended from the Labour Party in 2020 because of his remarks. Yet rather than his suspension becoming the long-awaited catalyst for political parties to finally act and stamp out Islamophobia, normal service soon resumed and the unconcerned attitude that usually greets Islamophobia in Britain triumphed. Phillips was reinstated to the party in July 2021.

It appears that Islamophobia is excluded from party leader Sir Keir Starmer’s policy of ‘zero-tolerance’ to racism.

To compound matters, this is an approach not exclusive to the Labour Party but rather emblematic of the wider attitude in the upper echelons of Britain’s institutions.

Some journalists were quick to heap praise on Phillips upon news of the award and insisted he was a ‘committed anti-racist’. Likewise, the current EHRC chair sent a congratulatory message, hailing him a ‘champion of equality’.

However, the EHRC turning a blind eye to Phillips’ Islamophobia should not come as a surprise as it is in line with the equalities watchdog’s manner of working. They did not think it was proportionate to carry out an investigation into the Conservative Party’s Islamophobia, despite the mountain of evidence.

The commemorating of controversial figures with a wretched history in relation to the Muslim community does not occur in a vacuum. Nor is it an anomalous episode confined to the 2022 honours list. It is the consequence of looking the other way and allowing a culture of Islamophobia to surge through society unchallenged.

So, applying a cost-benefit approach to anti-Muslim sentiment in Britain, the honours list shows that there is more to gain than lose when it comes to demonising the community - such is the putrid stench of institutional Islamophobia.

Hamza Ali Shah is a political researcher and writer based in London. He has previously written for Tribune Magazine, Byline Times and The New Arab. He’s on Twitter at @Hamza_a96