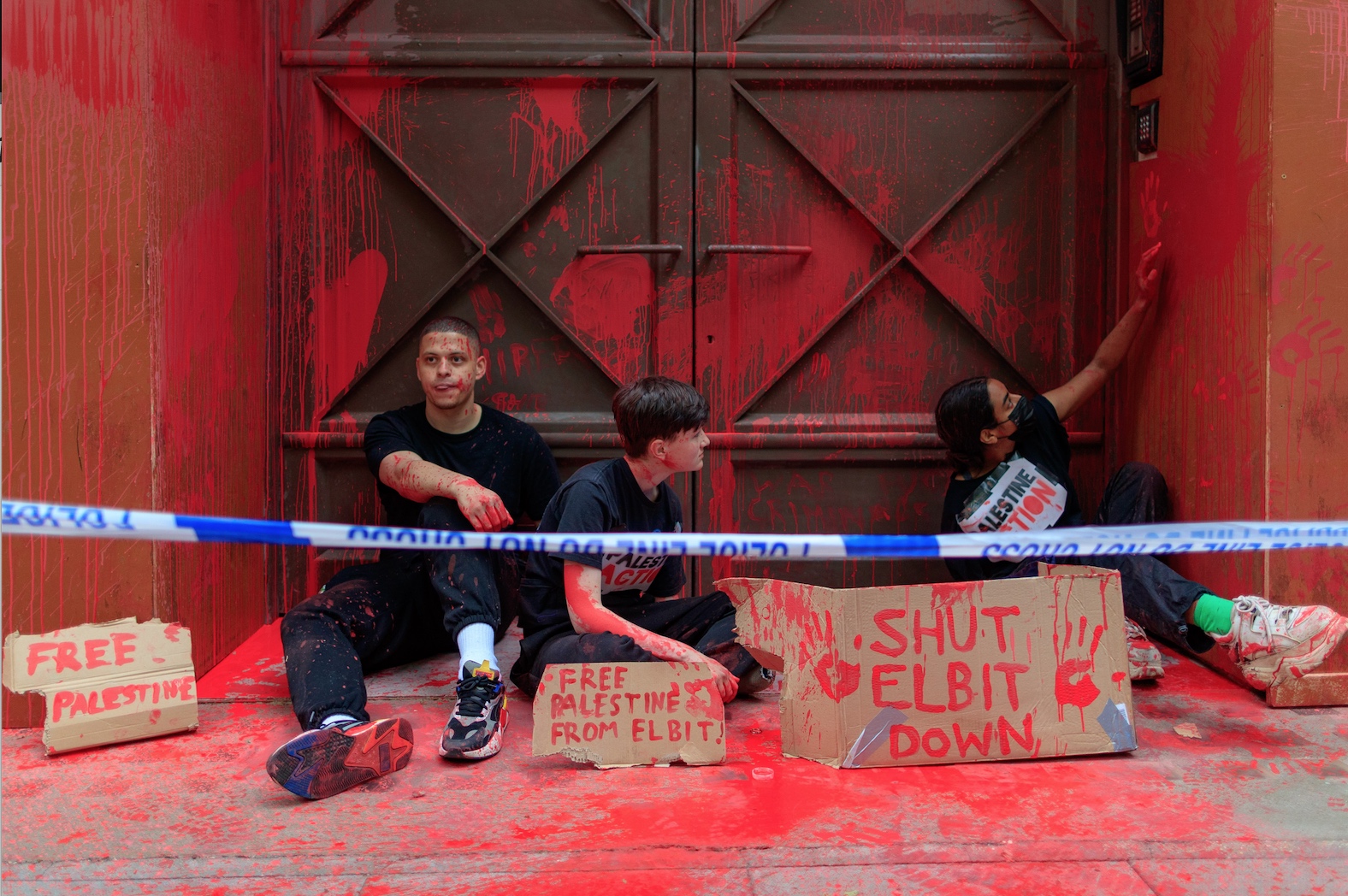 The group said its "relentless direct action" against Elbit has resulted in Israel's largest arms firm to abandon its office at 77 Kingsway in London.

Elbit builds artillery and target acquisition software in Britain, which Palestine Action says has been tested on Palestinians in Gaza.

Since 2020, activists have taken direct action 15 times at the site, disrupting business by blockading, occupying and defacing the property.

The campaign at the site has resulted in 60 arrests, for which activists continue to face trial.

Elbit’s exit in London comes just five months after it was forced to shut Elbit Ferranti in Oldham.

“Elbit’s London Headquarters once played an important role in coordinating the firm’s bloodstained network of British operations, but not anymore,” said a spokesperson for Palestine Action.

“After ceaseless direct action at 77 Kingsway and JLL, we have brought Elbit’s London operations to an end. Palestine Action has yet to reach its two-year anniversary, and already we have permanently shut down two sites belonging to Israel’s largest arms company. "

Palestine Action said it was told by police that Elbit was abandoning its London Headquarters.

The group also added that security guards at the entrance told a freelance journalist that Elbit was not at the site. Other security guards and the front desk also relayed the same information.

"Behind closed doors, war criminals have been facilitating Elbit’s British-based operations — no more! Palestine Actionists have worked tirelessly, but successfully, to shut its London site," it added.

Palestine Action activists have visited the site on several occasions, trashing the facilities and spray painting ‘Shut Elbit Down’ and ‘We will be back’ across the walls. Other tactics included disruptive entry, outdoor & indoor occupations, paint throwing and chain-and-lock blockades.

Last week, nine activists from the group pleaded not guilty to charges of criminal damage and burglary during a direct action event at the Bristol Headquarters of Elbit to commemorate Nakba Day. Two activists, who were imprisoned since the action, were granted bail at the hearing.

Palestine Action said it will continue its campaigns until Elbit's other eight remaining sites in the UK close down.

"It’s a victory for all those who sacrificed their liberty and to all those who supported the movement, but most importantly the Palestinian people. It brings us another step closer to the day Israel’s arms trade is out of Britain for good," said the group.