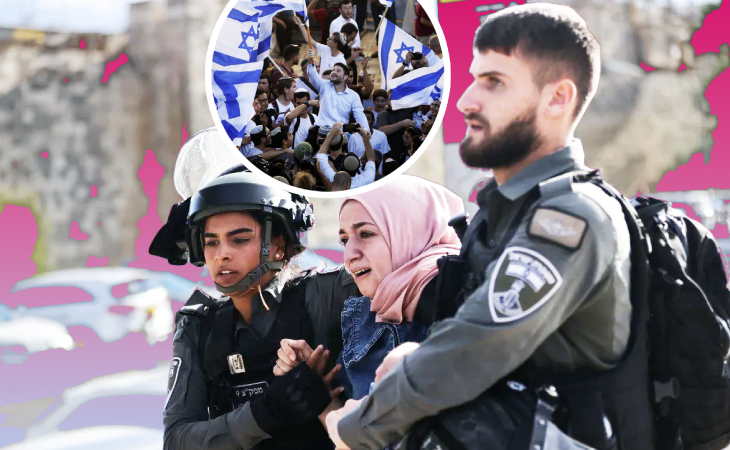 Ultranationalist Jewish groups have continued to enter Al-Aqsa Mosque compound in occupied East Jerusalem – under the protection of Israeli authorities - which has led to violence.

Israeli security forces have been removing Muslim worshippers to allow extremist groups to mark the Jewish New Year in the compound.

It comes after disturbing footage emerged of an elderly Palestinian man suffering head injuries following an attack by Israeli security over the weekend.

Palestinian journalists reported on Monday that at least 264 ultranationalists entered the compound, with more than 400 entering on Sunday.

The numbers rose during the last two days because of Rosh Hashanah, the Jewish New Year.

Some of the extremists prayed at the site, despite there being a decades-long consensus not to allow the practice. It seen by many as a provocative move to inflame tensions.

Many Palestinians have gathered to defend the compound, fearing far-right Jewish groups will take over the site.

Some have openly stated their desire to destroy Muslim buildings inside the Al-Aqsa site to build what is known as the Third Temple.

Turkiye has condemned the raid by what it called the radical Israeli groups on Al-Aqsa Mosque.

"We condemn and find it unacceptable that radical Israeli groups raided the Al-Aqsa Mosque in occupied East Jerusalem under the protection of Israeli security forces,” the Foreign Ministry said in a statement.

"We call on the Israeli authorities to take the necessary measures immediately so that these practices that violate the sanctity and the status based on international law for Al-Aqsa Mosque are not allowed and tensions do not escalate,” it added.