"Prevent has failed — don't bother with the delayed Shawcross review" 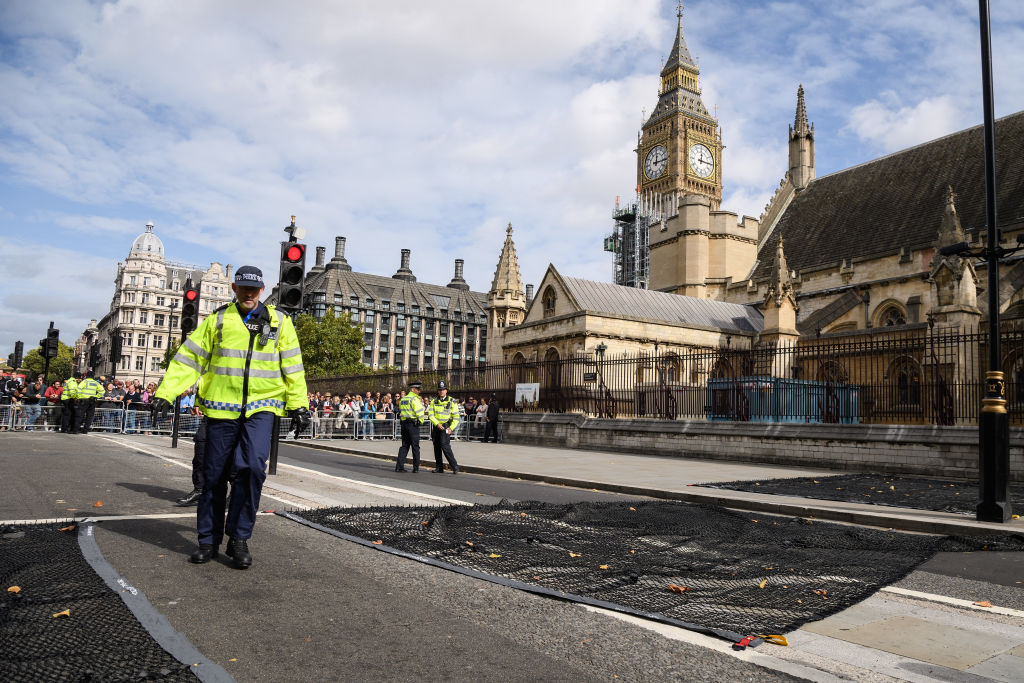 As the review of Prevent, the government's counter-extremism programme, misses yet another deadline, Dr Layla Aitlhadj from Prevent Watch tells us why the government needs to accept the policy has failed and scrap the controversial William Shawcross review.

For over a decade, since the inception of Prevent, there has been a growing list of evidence-based concerns and criticisms of the policy from a wide range of experts in the field of social work, public health, education, human rights and civil society.

The concerns around Prevent are vast. They centre on its Islamophobic nature in the way it creates mistrust and suspicion in key societal relationships, such as between doctors and patients, and teachers and children.

The list of legitimate concerns and the associated evidence is well documented. They are the subject of a growing list of academic papers in different sectors.

If you critique Prevent, you are an “extremist”

Surely the greatest trait of a failing policy is that it criminalises those that criticise it.

The government’s response so far to the damning evidence against Prevent, and the clear vacuum of evidence that it actually does “stop people being drawn into terrorism”, has been denial and deflection.

As the Director and Senior Caseworker at Prevent Watch, an NGO that supports people impacted by Prevent, we have seen how key Prevent lobbyists (those who have a vested interest in Prevent because they are paid for it), have denied the lived experience of clients who have bravely come forward to tell of their harrowing referrals to Prevent, their interrogations and harassment.

This has happened time and again, despite there being clear paper trails and undisputable evidence to support our clients’ testimonies. When evidence is presented – and is damning to Prevent – there is an all too predictable outburst of anger from Prevent lobbyists who lash out on social media to anyone who is critical of Prevent, using the go-to smear of “extremist”.

It is interesting when one is considered an “extremist” for defending 5 and 8-year-old children interrogated by counter-terrorism officers with no parents present.

There are hundreds of other cases evidencing equally disturbing experiences.

Another “review” can only mean more Prevent

This review is not a first, in fact in 2011, to relieve the pressure of being truly Islamophobic, Prevent was extended to other communities following a review. The criminalisation of “right wing” extremism by Prevent was used as a bargaining tool to get more Muslims on board.

However, the “right wing extremist” is not treated the same as the potential Muslim “extremist”; and proportionally Muslims remained 8 times more likely to be targeted by Prevent (as of 2020), especially those under 18. Furthermore, “right-wing extremism” remains an individual “problem” – it never necessitates the securitisation of a whole group the way it has done to Muslims.

In 2019, as a quid pro quo for the draconian measures presented in the Counter-Terrorism and Border Security Act bill, the government legislated that Prevent would be “independently reviewed.”

The “independent reviewer” was to be none other than William Shawcross, a man who – much like the policy he is meant to “independently review”— has publicly berated Muslims and Islam, and has leveraged this for his career.

As head of the Charity Commission, Shawcross is well known among Muslims for criminalising a wide range of charities and keeping Islamic organisations wrapped up in “financial irregularity” processes for years on end, severely hampering the delivery of aid, while in the end coming to be “of no concern.”

As a former head of the Henry Jackson Society, Shawcross has passed through the halls of a group well known for reviling Islam and Muslims.

The sharp-thinking person can only conclude that Shawcross is not there to “independently review” Prevent at all.

Prevent exists in a legal grey area, it needs scrapping

Over the period of our work supporting people targeted by Prevent, we have noted that the policy is existing in a legal grey area in many aspects. Therefore, the recent announcement that 3 years on, the independent review was not going to be delivered on time, was no surprise as it was a perfect example of how Prevent manages to operate outside of normal legislative constraints and rules.

From discarding key statutes such as the Equalities Act, and the Data Protection Act, it has discriminated against a faith-centred community. It can keep the data of children younger than 18 years old on criminal databases for at least six years when they have committed no crime except to recite the Quran; this last aspect also violates international law.

This violative position is excused in the name of “national security” and “safeguarding,” both of which are sectors that should never be mixed together in any clear-thinking society.

A boycott by over 550 groups back in March 2021 revealed the lack of any hope that the review would deliver anything. Despite all those signing the boycott having differing views on Prevent, all unanimously agreed that the currently proposed “independent review” and its “independent reviewer” were not credible.

We expect Shawcross to sing from whichever hymn sheet is handed to him by Number 10.

As for the people who benefit from Prevent being in operation, we expect nothing less than their continued profiteering from a toxic programme. Their vocal cords will be warm and waiting.

As for the people impacted, we remain ready to support the thousands of individuals who have been criminalised for every single year based on science fiction.

As for the government itself, we continue to warn of the deleterious impact that a duty like Prevent can have through the way it breaks down key societal relationships between the public sector and its people, primarily through fear.

It is time the government accepts that Prevent has failed, so that we can all move on towards genuinely building a more collaborative and trust-based society.

Dr. Layla Aitlhadj is the Director of Prevent Watch. She has been delivering projects related to Prevent and other counter-terrorism policies for several years.

'There's an increasing trend towards smaller Muslim weddings, here's why'
'A deaf man in the congregation cried. It was the first time in 45 years he understood the khutbah'
'Attacks on Black & Muslim students are nothing new — the smearing of Shaima Dallali is just the latest’