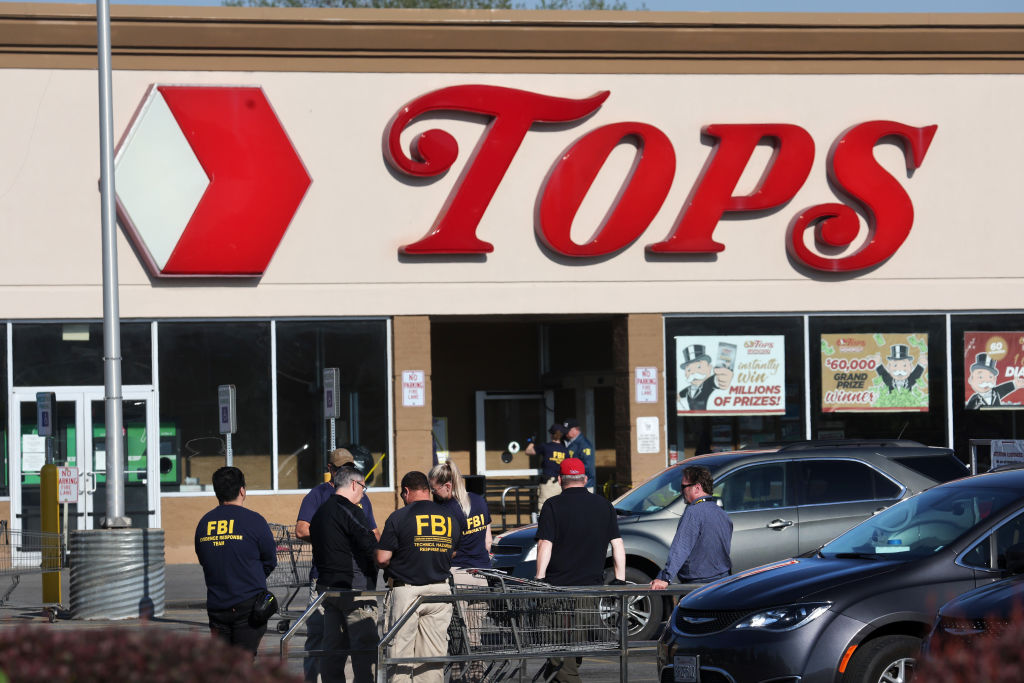 The Buffalo white supremacist, who killed 10 people in a terrorist attack at a US supermarket, listed the London Mayor and the President of Turkiye as ‘high profile enemies’ in a chilling 180-page rant online.

Payton Gendron went on a shooting rampage on Saturday in the black neighbourhood of Buffalo in New York. After firing in the store's parking lot, he entered and continued his terror, streaming the attack on social media.

In his sickening screed, which was posted online before the attack, Gendron listed Sadiq Khan and Recep Tayyip Erdogan, alongside billionaire George Soros, as high profile 'enemies of our race.'

He called Khan a 'Pakistani muslim invader' and said him becoming Mayor of London was a sign of the 'ethnic replacement' in Britain. Gendron said Erdogan is the 'leader of the largest Islamic group within Europe' whose soldiers are 'currently occupying Europe.'

The killer’s manifesto centred heavily around the absurd 'white replacement' theory — a far-right conspiracy theory that says there is a plot to replace the white population of Europe and North America with immigrants.

He also said the actions of Brenton Tarrant — the far-right Christchurch terrorist who live-streamed the murder of 51 people — 'radicalized' him the most.

The London Mayor, who has only just returned to the UK following a five-day trip across the US, tweeted about the horrific murders: “The thoughts and prayers of London are with the people of Buffalo and all the families who have lost loved ones in this dreadful attack. Our diversity is our strength. Hate will never win.”

"An act of terrorism"

New York Governor Kathy Hochul said the suspect was a 'white supremacist who has engaged in an act of terrorism,' while President Joe Biden also called the attacks 'an act of domestic terrorism.'

CAIR, the US Muslim civil rights group, tweeted: "We condemn the white supremacist terror attack on Black men and women in #Buffalo today, and we condemn the hateful rhetoric that inspired it. From Christchurch to Pittsburgh to El Paso, to Oslo to Charleston - the same racist propaganda has led to violence again and again."

Gendron, who admitted this was an act of terrorism in his manifesto, launched the attack after driving more than 200 miles from his parents' home in Conklin, New York.

Wearing ­body armour with a video camera fixed to his helmet, he opened fire in the parking lot of Tops Friendly supermarket before working his way through the rest of the store.

The manifesto claimed Gendron targeted the supermarket as it was an area with 'the highest black percentage.'

In the online screed full of neo-Nazi references, he mentioned as inspiration other racist murderers, including the Finsbury Park terrorist Darren Osborne; Philip Manshaus, who was overpowered whilst attacking a mosque in Norway in 2019; and the notorious far-right terrorist Anders Behring Breivik.

Experts in far-right extremism say the normalisation by mainstream right-wing media and politicians of some of the talking points of extremists is contributing to the radicalisation of white men in the West.

A US poll last year found nearly half of Republicans agree to some extent that there is a deliberate attempt to “replace” native-born Americans with immigrants, with those who followed right-wing media outlets more likely to hold that view.