Ramadan around the world 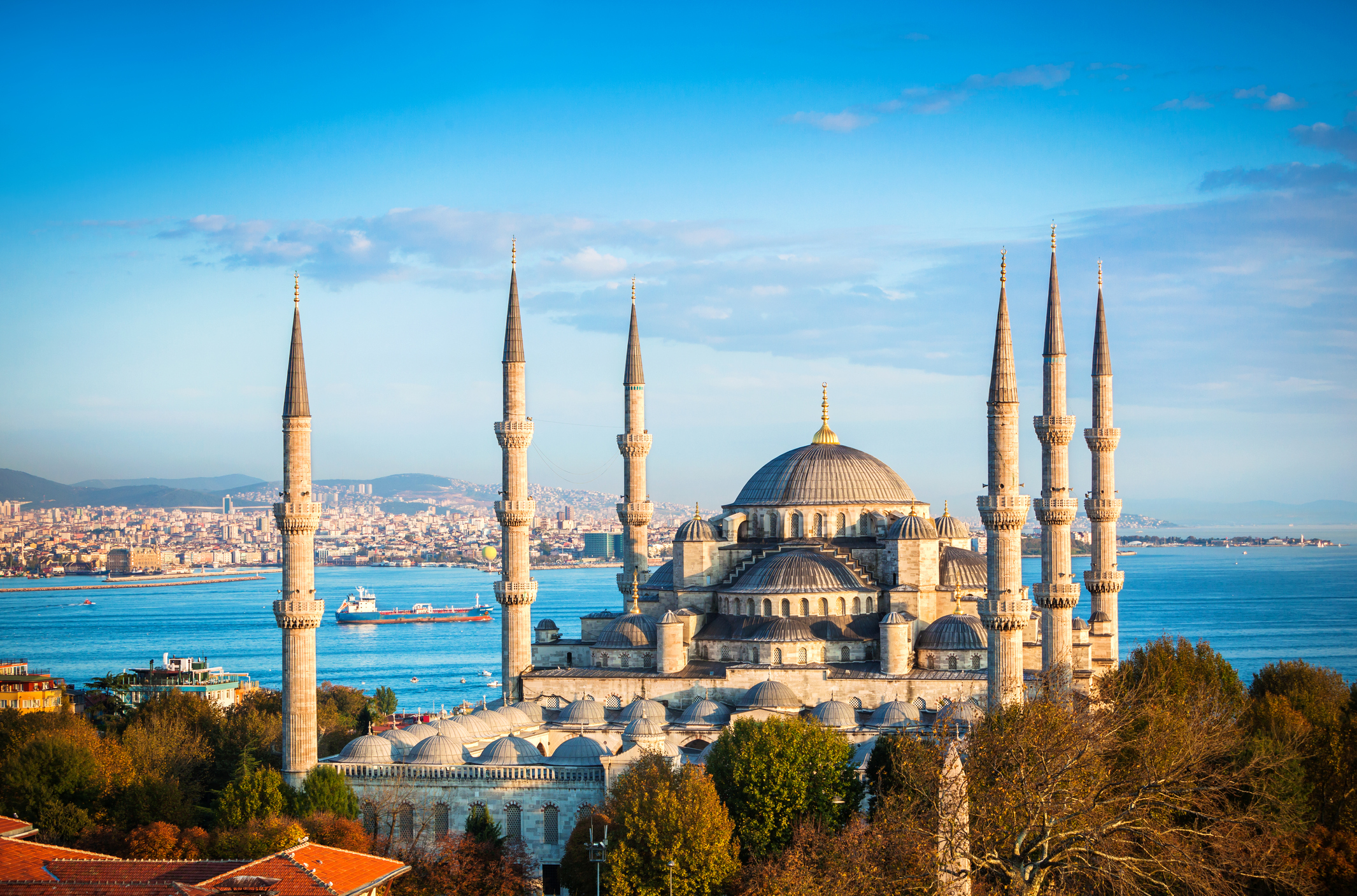 Ufuk Seçgin, Chief Marketing Officer of HalalBooking, tells us why it’s so special to experience Ramadan in a Muslim country, especially for those who, like him, have grown up and live in Europe. He also gives us his top tips for places to visit if you’re considering a trip abroad during Ramadan.

Ramadan is a unique time of year for Muslims wherever they are in the world, but for those of us who have grown up in Europe, visiting a Muslim country gives us a completely new experience.

It feels very different to be somewhere where everyone is taking part in the celebratory atmosphere, where the sights, smells and sounds of Ramadan are all around you in the streets and public spaces. It becomes a communal experience you can share with complete strangers, not just with your own friends and family and those who are part of your own community.

Here are my top three countries to visit during Ramadan:

I grew up in Germany and now live in the UK, but my parents are Turkish, so Turkey is a very special place for me. I may be a little biased, but Turkey is still my top recommendation for anyone to visit. Part of that is down to the renowned Turkish hospitality and its location at the crossroads of Asia and Europe, which means that it extends a warm welcome to guests from all corners of the world.

And what better place to visit than Istanbul, especially during this blessed month? A city where you’ll be dazzled by centuries of history and awe-struck by the inspiring Islamic architecture which surrounds you.

Ramadan in Turkey is a real experience. The day of course starts with Suhur and the tradition in Istanbul is for people to wake up to the songs and sounds of drums being beaten by the famous davulcu, who continue the century-long tradition of wandering the streets to wake up the residents.

Open Iftar is a cultural tradition that stretched over 600 years under the Ottoman Empire. In many Turkish cities including Istanbul, municipalities set up large “iftar tents” (iftar çadırları) and serve free iftars for tens of thousands of people. Gatherings take place in public parks, squares and mosque courtyards.

The signal to break the fast will be given by the traditional ‘Ramazan top atışı’ (Ramadan cannon fire), a tradition since the 1820s, followed by the ezan or adhan, called from the minarets of the surrounding mosques. ‍

What is a traditional Iftar meal in Turkey?

In Turkey, a traditional iftar meal would not be complete without the soft, leavened flatbread topped with sesame and nigella seeds known as ‘Ramazan pide’.

Soups are a staple of any iftar meals in Turkey. One of the most popular, is the delicious mercimek (lentil) soup. Different types of börek, which is cheese or meat-filled flaky pastry, are likely to be on the table, together with white (feta) cheese and black olives, all washed down with ayran, a refreshing yoghurt drink, especially welcome after fasting on a warm day.

A main course of succulent kebabs or hearty stew will be followed by sweet honey-soaked treats such as baklava or kunefe, a sweet pastry filled with melted cheese.

Mosques around the city have special illuminations during Ramadan, with lights strung between the minarets displaying messages such as: ‘Hoşgeldin Ramazan’ or ‘Ya Şehr-i Ramazan’ (Welcome Ramadan).

Praying Taraweeh in Istanbul is a really special experience with so many awe-inspiring masjids to visit. This year marked the first year in 88 years that Taraweeh prayers have been held in Ayasofya.

First built in 537 as a cathedral, Hagia Sophia was converted into a mosque in 1453, following the conquest of Constantinople by Sultan Fatih Mehmet, and served as a mosque until 1935, when it was changed into a museum.

On 24th July 2020 it reopened as the Hagia Sophia Grand Mosque (Ayasofya-i Kebir Cami-i Şerifi), in the midst of the covid pandemic. ‍

Just over half of Bosnia and Hezegovina’s population is Muslim. A highlight of a trip here is the Sarajevo Ramadan Festival, an annual event, which showcases the contribution of the Muslim community to life in Bosnia and Herzegovina, including concerts of Islamic music, exhibitions of painting or calligraphy, lectures, films, poetry reading and other activities.

Its centrepiece is a vast open-air iftar which takes part at the city’s Yellow Bastion or Žuta Tabija, the Ottoman fortress overlooking the city. The fortress is often known locally as Top, after the cannon balls which were traditionally fired from here. The sound of cannon fire is still used today as the centuries-old signal for Ramadan to start, and for the end of the fast each day. Often, socialising will continue here from iftar until suhur.

What is a traditional iftar meal in Bosnia?

A traditional iftar meal here would not be complete without somun or lepinja a type of Balkan flatbread. In Sarajevo, it is traditional for it to be accompanied by a soup-like dish made from kaymak (clotted cream), cheese and eggs, known as topa.

Often, this will be followed by Begova corba, a traditional chicken soup named after the local name for the Ottoman provincial governors. For a main course try the traditional meatballs known as cevapcici, cooked in a charcoal oven, often accompanied by different types of dolma, stuffed aubergine, courgette or pepper, filled with seasoned mincemeat and rice.

The meal finishes up with sweet desserts such as tulumba, which are mini syrupy churros, dipped in lemon syrup known as agda or date-shaped biscuits (Bosanske hurmašice) soaked in the same syrup. The meal ends with traditional Bosnian coffee, served thick and strong with a sugar cube served on the side, to chew as you sip your coffee.

If you’re staying in Sarajevo, a highlight will be attending Taraweeh prayers in the Gazi Husrev-beg Mosque, the 16th century mosque set in the heart of Sarajevo’s old town, a classic example of early Ottoman architecture and the first mosque in the world to use electric lighting.

Ramadan in Indonesia can be quite a noisy affair. Central to local traditions is the beating of a traditional drum, known as a beduk, which is suspended from a rack, usually made from water buffalo leather.

It is used in mosques throughout Indonesia before the adhan to signal the start of prayers. It is also beaten by groups of children parading through the streets, to sound the end of fasting and to wake the neighbourhood up for suhur. In more rural spots its place can be taken by an improvised oil drum, or simply by banging kitchen pots and pans or bamboo sticks.

Iftar is also a lively occasion, since it is traditional for young people to throw firecrackers in the street to signal the breaking of the fast.

The iftar meal, is known as ‘Buka Puasa’ in Indonesia and would not be complete without kolak, a type of sweet coconut milk soup, which usually includes slices of banana, sweet potato and pumpkin.

It is perfect for raising blood sugar levels and is usually available free in restaurants throughout the country or sold in the special Ramadan street markets.

The Indonesian heat means that most people seek a refreshing drink to break their fast, such as Pisang ljo, a speciality of Makassar, made from bananas, wrapped in flour dough, which has been coloured to make it green, served with coconut milk and shaved ice. Es Timun Suri is another popular Ramadan drink, made from a juicy fruit of the same name, which looks a bit like a melon.

The Grand Istiqlal (Independence) Mosque is the national mosque, which commemorates the country gaining its independence in 1945.

It is the largest mosque in south-east Asia, built over five floors, and has space for over 120,000 worshippers. The vast courtyard, which surrounds it, is also packed with thousands of worshippers for Taraweeh prayers.

If you fancy a halal-friendly holiday, register with HalalBooking and you can be in with a chance of winning £1,000 in Cash Points to spend on the website.

On HalalBooking, you can use the halal filters to select what type of holiday you want for your family. It means you can search for hotels that have halal food, a no-alcohol environment, family-friendly entertainment and female-only beaches, pools and spas.