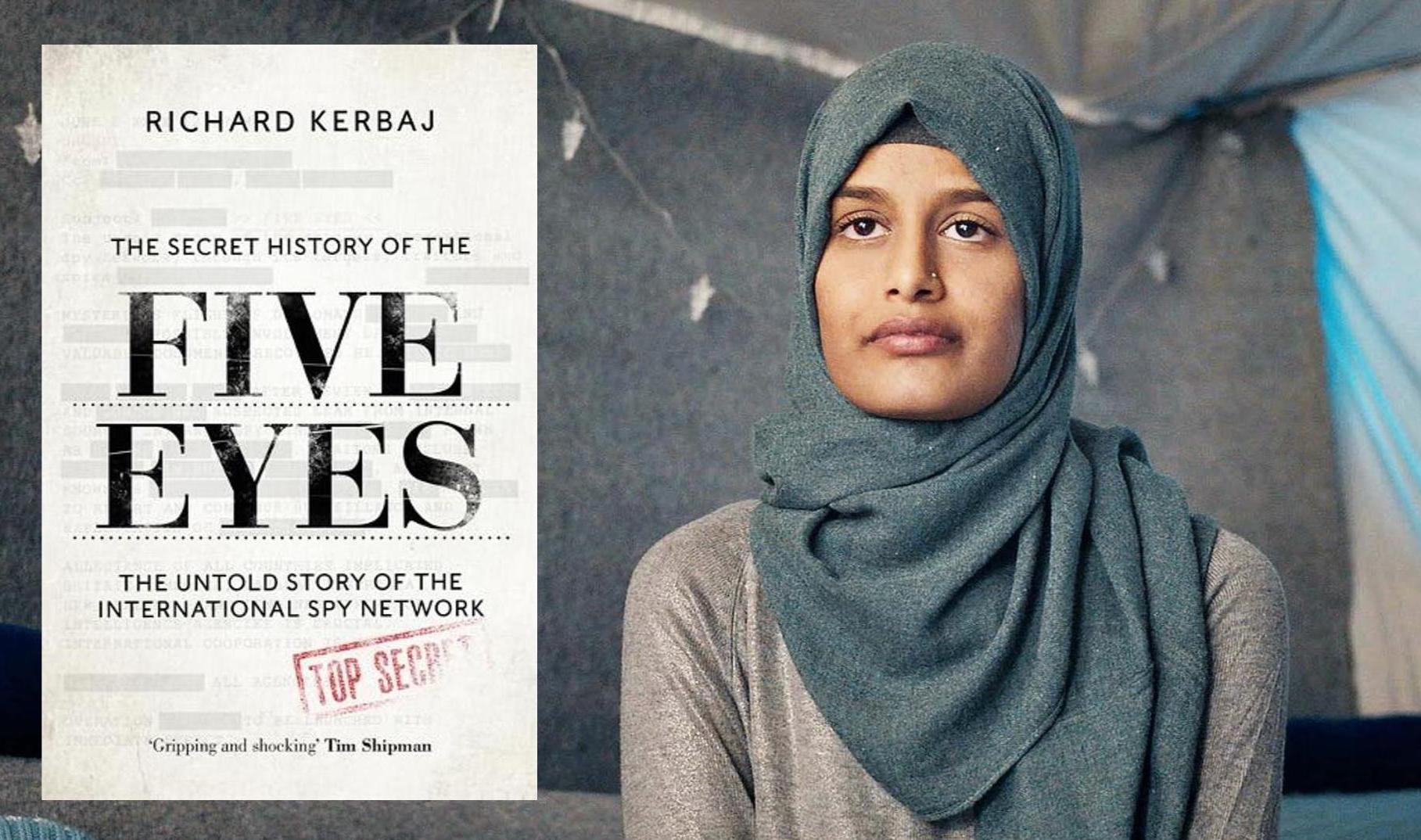 Shamima Begum, the British schoolgirl who joined ISIS, was smuggled into Syria by a Canadian spy and Britain then helped Canada cover up its role.

According to a new book, Begum and her two teenage friends were trafficked by the double agent Mohammed Al-Rashed, who worked for both ISIS and Canadian intelligence.

The Secret History of the Five Eyes by journalist Richard Kerbaj alleges that Canada initially kept quiet about the spy before convincing Britain’s security services to cover up its involvement.

Many believe that Begum and her friends were groomed and these revelations will reinforce concerns that they were trafficked. It also brings into question Britain's role, especially given its decision to strip Begum of her citizenship in 2019.

The next round of Begum's appeal against losing her British citizenship takes place in November.

Tasnime Akunjee, the lawyer for the Begum family, told the BBC that one of the critical points in the case would be to point out that Begum was not considered a victim of trafficking when her citizenship was revoked.

"The UK has international obligations as to how we view a trafficked person and what culpability we prescribe to them for their actions," he told the BBC.

He added that a Canadian intelligence asset should have been "an ally, protecting our people, rather than trafficking British children into a war zone".

"Intelligence-gathering looks to have been prioritised over the lives of children," he said.

Canadian prime minister Justin Trudeau said he will “look at” the accusations and defended the need for intelligence services to be “flexible and creative in their approaches."

But he added that the secret services should follow Canadian laws. “I know there are questions about certain incidents or operations of the past and we will ensure to follow up on those," Trudeau told reporters at a news conference.

Reprieve, which is campaigning to bring detained Brits from North East Syria back to the country, tweeted: "Reports of Shamima Begum & others being smuggled into ISIS territory by a Western spy are shocking.

"More shockingly, the UK government may have known. Instead of bringing trafficked women home, they demonised & abandoned them in prison camps."

Former Tory MP Anna Soubry said in a tweet: "Shamima Begum was born and raised in Britain. She is one of us - our responsibility. Begum (and others in the same situation) should have her citizenship restored & come home to face British justice."

Dr Rizwaan Sabir, an author and professor specialising in counterterrorism, tweeted: "A double-agent working for Canadian intelligence & ISIS is reported to have smuggled #ShamimaBegum & her 2 friends from Bethnal Green into Syria. The UK then conspired to cover-up Canada’s role in their recruitment & trafficking. Yes, you read that right!"

In 2015, the then fifteen-year-old Begum and fellow Bethnal Green academy students Kadiza Sultana, 16, and Amira Abase, 15, met Rashed at Istanbul bus station for their onward journey to Syria.

According to a dossier seen by the BBC, Al-Rashed was in charge of the Turkish side of facilitating the travel of British men, women and children to ISIS-controlled Syria.

Begum, who is now 23, told the BBC's forthcoming I'm Not A Monster podcast: "He organised the entire trip from Turkey to Syria… I don't think anyone would have been able to make it to Syria without the help of smugglers.

"He had helped a lot of people come in… We were just doing everything he was telling us to do because he knew everything, we didn't know anything."

Al-Rashed claimed that the Canadian embassy in Jordan told him that if he passed information about ISIS, he would receive Canadian citizenship.

Begum now lives in a detention camp in northern Syria, having given birth to three children, all of whom died young. Her friends Sultana and Abase are believed to be dead.

The UK government has not addressed the allegations citing its policy of not commenting "on operational intelligence or security matters."