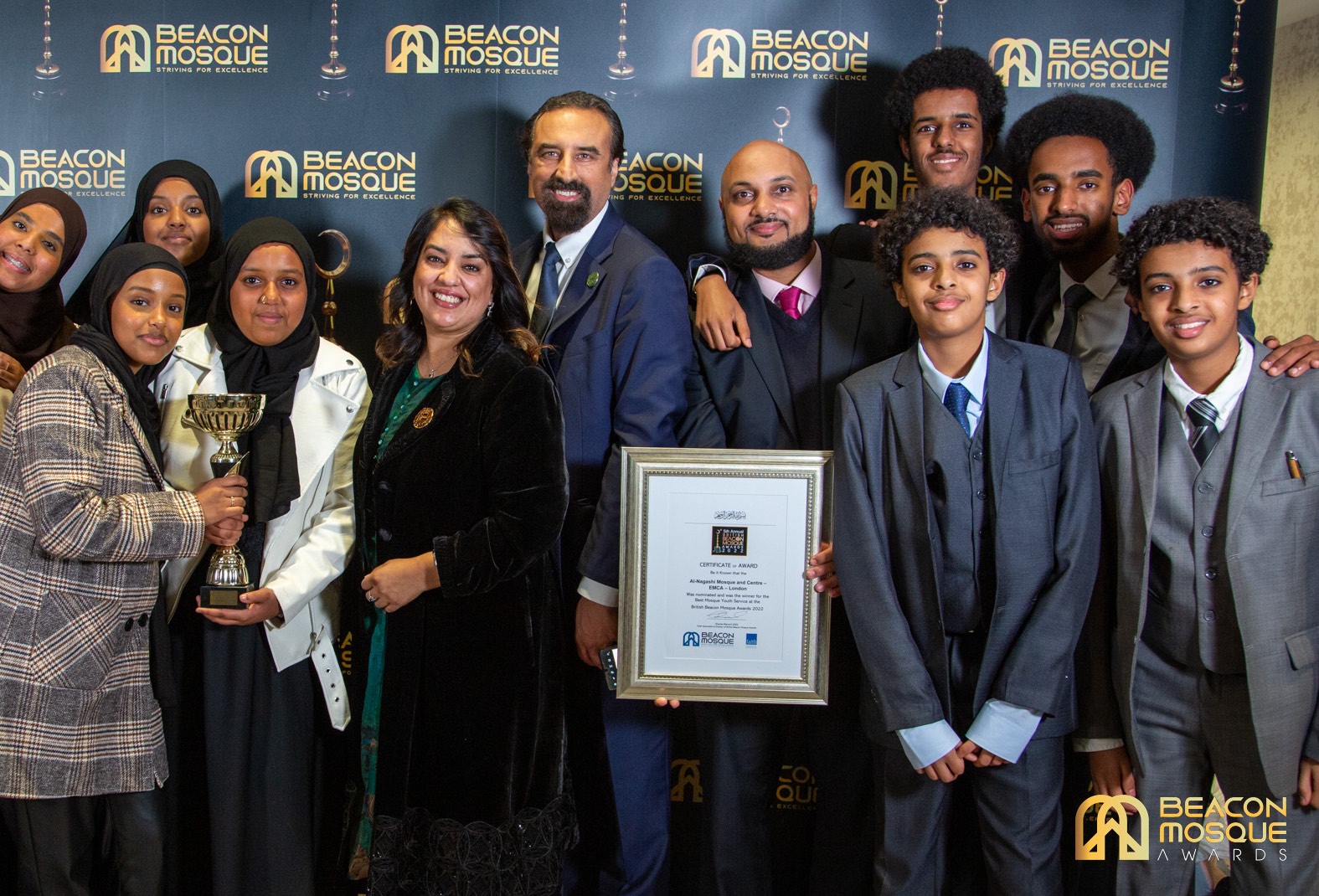 Representatives from all over the UK came together recently to celebrate the best of British masjids at The British Beacon Mosque Awards (BBMA).

Created by Faith Associates in 2018, the annual awards recognise the positive role mosques, madrassahs, Imams, Alimahs and volunteers play throughout the UK.

This year’s BBMA awards ceremony took place on Saturday, November 26, and was attended by over 350 people from across the UK, including finalists, politicians and civil society leaders.

Eleven awards were handed out, with the Best Run Mosque going to Maidenhead Mosque & Islamic Centre.

“The true credit goes to the respected elders who established the Mosque and a special appreciation goes out to all the members of the Maidenhead community for all your hard work and support in achieving this,” Maidenhead Mosques said in an Instagram post.

Lantern Academy in Rochdale picked up the Best Madrassah Service for the third year running.

Congratulations to all the Lantern Academy Family! Officially the best Madrassah in the UK 3 times in a row! 🏆 🇬🇧 #BestMadrassah #London #Marriott #Awards #UK pic.twitter.com/LAkhBgyR0w

“Huge and many congratulations to our revert sisters at York Mosque for winning the beacon prize this year (TAKBEER),” the York Mosque posted on Facebook.

“We are so proud of you. You are truly amazing, and you really deserve it for all your hard work,” it added.

The chief executive of Faith Associates and the Beacon Mosque Awards, Shaukat Warraich, told Islam Channel: “Mashallah, it was an amazing atmosphere. There Is unity amongst a diverse group of Muslims from all corners of the UK.”

“We wanted the community to see and learn from best practices, to raise standards of mosques and be proud of the Ummah,” he added.