The Digital Sisterhood: the Muslim podcast that is topping the UK charts 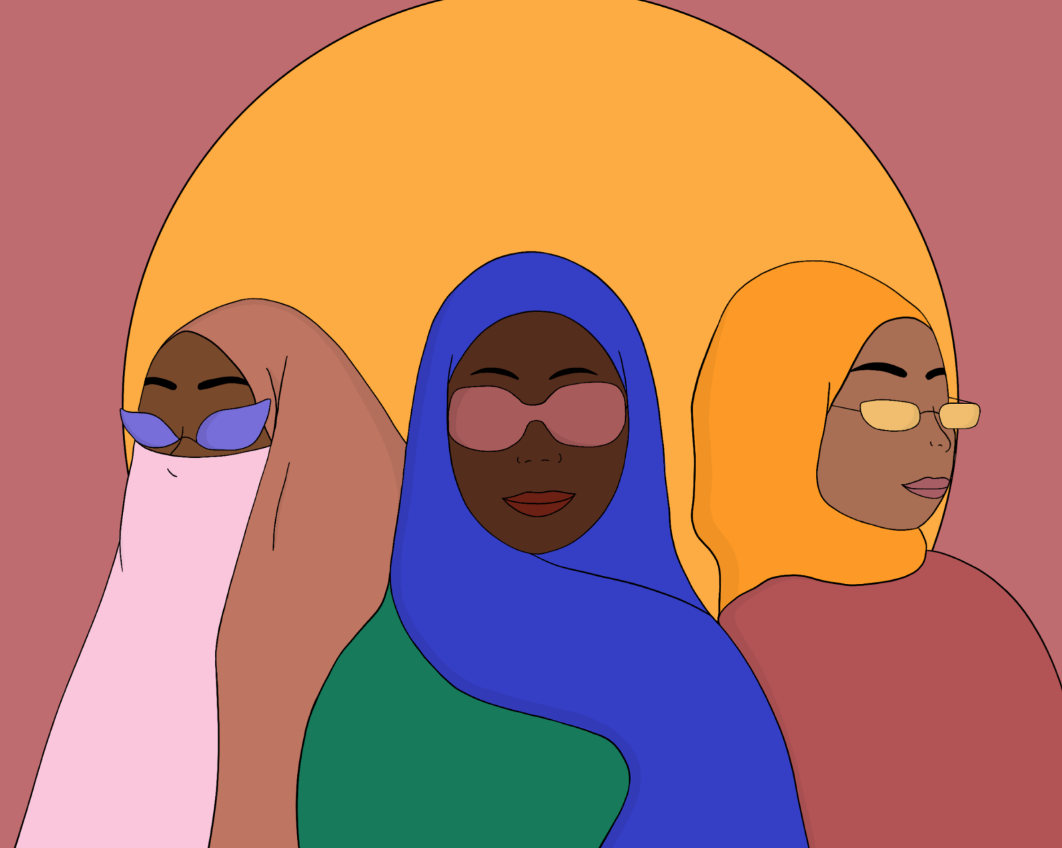 The Digital Sisterhood (TDS), a podcast fronted by a niqabi Somali woman based in Canada, has been topping the charts in the UK and worldwide recently.

The podcast, which gives Muslim women a platform to share their stories on various topics, has been the second most watched podcast in the UK on Spotify for nearly a week.

As of Monday 3rd October, it was still ahead of podcasts from Joe Rogan and The Guardian and also charted higher than political podcasts like "The News Agents" and "The Rest is Politics" — an impressive feat given the UK's political turbulence over the last week or so.

On Apple podcasts, it hit number 1 in the education and self improvement categories in around 50 counties in the past week, including the UK, Australia, Canada, Germany, Denmark, Finland, Switzerland, South Africa, Nigeria, Saudi Arabia, Pakistan and Indonesia.

"I am charting in the United Kingdom!" an excited Cadar Mohamud, founder and host of the podcast, tells Islam Channel.

"I am a first-generation Somali, face-veiled woman from Canada, charting internationally in the United Kingdom, amongst star-studded, respected podcast hosts."

She adds: "And there's a wide messaging in this. I believe Allah (SWT) is making an example of this. We had no budget. We worked with what we had. All we had was the stories we told, the voices we were very lucky to have access to, and our ability to just do the work.

"And here we are trending."

From the bedroom, to the world

The podcast is run and produced by a handful of women working remotely from different countries worldwide. It includes Muna Scekomar, who approached Cadar in 2021 to host the show and give Black and Muslim women a platform to share their stories.

"This week was kind of a big week for all of us to see TDS trending and then beating the likes of Joe Rogan, who has been podcasting for 12 years, who has a million dollar Spotify deal and an incredible assembled team," says Cadar.

"And here we are, girls from all over the world, coming together from their bedroom to tell stories about Muslim women — the way that we are. Everyone's excited about it, everyone is proud. "

In the podcasts, Cadar often interviews Muslim women about life and its hardships and how faith has helped them.

Their most recent podcast "Her Name is Hana" has been trending on social media. It's about a woman who tells the story of how her mother committed suicide and how her faith has helped her deal with it — which shows the kind of taboo topics the podcast isn't afraid to cover.

Cadar believes this raw, unfiltered approach has resonated with people from across the globe — not just Muslims.

"I said I want this podcast to be mainstream because Muslims are mainstream," says Cadar. "Our stories, yes, have a lot of our experiences, our identity, our beliefs — but anybody can relate to them.

"Who couldn't relate to a person not assimilating, or not getting in line, or a person standing up for themselves? It's relatable across the board. These are human experiences."

The UK has always had a captivated audience for the show: "The UK has never surprised me because we've always been charting UK charts… And it's just incredible."

Cadar says she is glad TDS is getting the recognition it deserves and that many people carry it like a flag. She says it shows how Muslims can be themselves and still succeed.

"How many of us think that we have to give up parts of ourselves to just to fit in? Well, maybe we're not supposed to. Maybe what makes us extraordinary is that we stand out," she says.

She said it feels nice to be celebrated by the Muslim community and is honoured to be recognised by organisations like Islam Channel.

"Islam Channel is a cultural phenomenon for all of us in terms of broadcast and television. It feels nice to be celebrated by people from our own community — and that's what we intended. We intended to empower our community," she says.

Cadar wants the podcast to continue its success in the charts and hopes it opens up mainstream media to Muslim content and talent.

But despite the success, she says faith will remain central to everything they do.

"None of our work can be devoid of Allah Subhanahu wa ta'ala."

"Allah is the most creative. And so, if I'm creating things for Him, then it should be within the bounds that He finds most pleasing. I should aspire to seek His approval and so as soon as it's not that anymore, we've lost what we've came to do.

"Our focus is to please Allah (SWT), and that has to remain there."