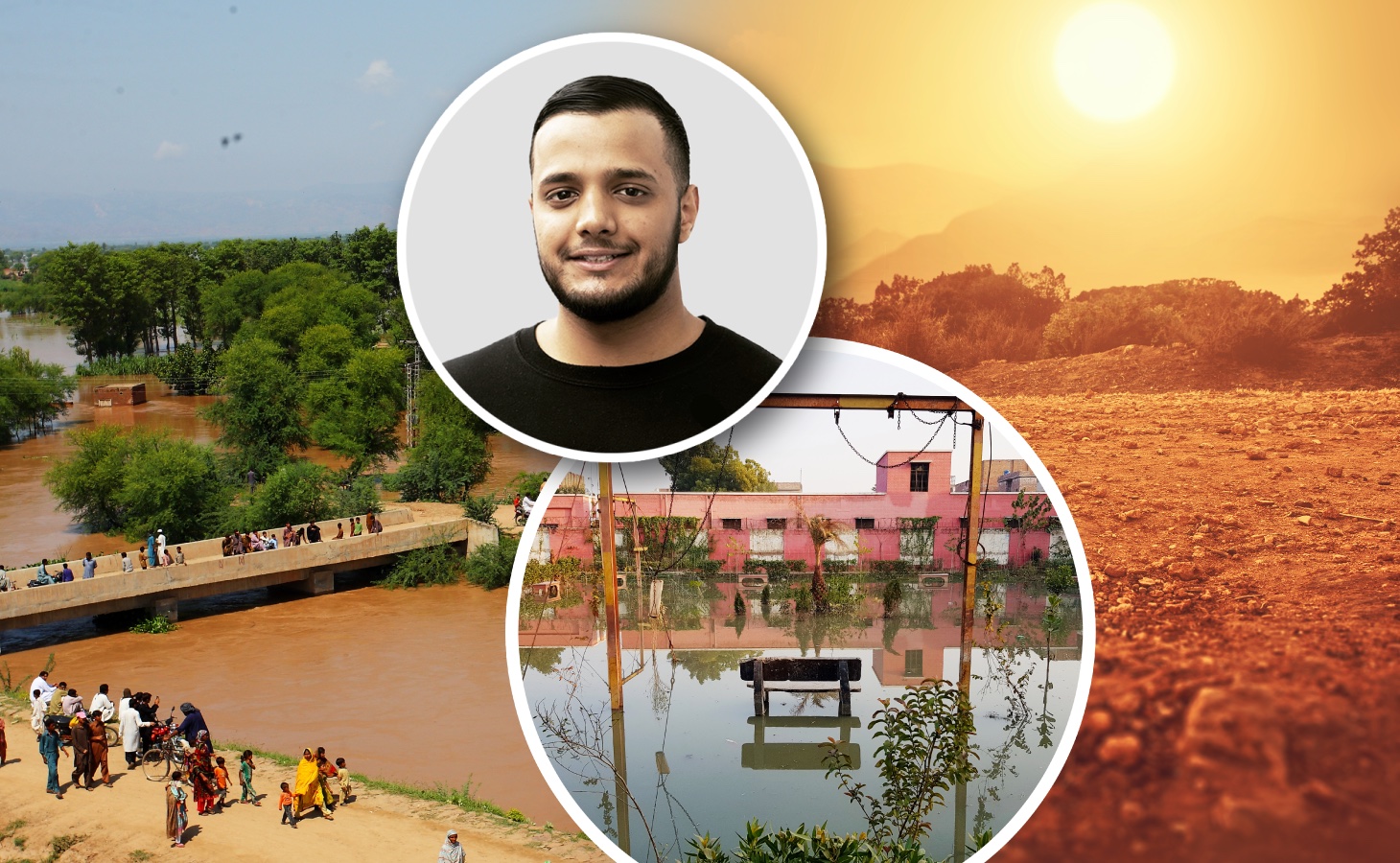 Pakistan emits less than 1% of carbon emissions, yet it's disproportionately affected by climate change. Columnist Taj Ali looks at why those wealthier nations, who do the most to cause climate change, should do more to tackle it.

Pakistan is experiencing the worst floods in living memory. A third of the country is underwater, 33 million people have been displaced and more than 1,150 people have been killed- at least 360 of whom have been children. Many have lost their livestock and their crops.

The current tragedy gives many Pakistanis frightening flashbacks to the floods of 2010. It is both a humanitarian and an economic catastrophe. And it is a catastrophe that has been severely exacerbated by climate change.

Given its geographical location, Pakistan bears the brunt of two major impacts of climate change. High temperatures cause droughts and deadly heatwaves like the one we witnessed in March. It is now being inflicted with deadly floods caused by melting glaciers and more intense monsoons.

Scientists predict that the average rainfall in the Indian summer monsoon season will increase due to climate change. Pakistan received nearly 190% more rain than its 30-year average from June to August - reaching a total of 390.7mm. Large swathes of the country received an astonishing 500-700% of their usual August rain.

While the full economic cost of this tragedy is yet to be established, early estimates suggest the damage to infrastructure could equate to a loss of around $10 billion (£8.6 billion) to Pakistan’s economy with further disruption to the country’s economy and critical food production expected.

As floods continue to cause death and destruction, the current tragedy befalling Pakistan is a stark reminder of climate injustice. Pakistan omits less than 1% of carbon emissions yet, like many nations in the Global South, it has been disproportionately impacted by climate change.

In the context of such monumental suffering, the Minister for Climate Change in Pakistan recently called for climate reparations. Climate reparations refers to a call for money to be paid by wealthier nations to poorer nations to address the historical and contemporary imbalance when it comes to contributions toward climate change.

“There is so much loss and damage with so little reparations to countries that contributed so little to the world’s carbon footprint that obviously the bargain made between the global north and global south is not working.” Rehman said in an interview with the Guardian

“Big polluters often try to greenwash their emissions but you can’t walk away from the reality that big corporations that have net profits bigger than the GDP of many countries need to take responsibility,” she added.

According to a report by Oxfam, the wealthiest 1% of the world’s population were responsible for the emission of more than twice as much carbon dioxide as the 3.1 billion people who made up the poorest half of humanity from 1990 to 2015. When those who do the least to cause climate change are those paying the most for its consequences, it’s difficult to disagree with the notion of climate reparations.

The US and the EU have previously resisted calls to support the victims of climate disaster through reparations but, as the climate crisis worsens, a growing number of developing countries are calling for it. At the 2021 United Nations Climate Change Conference in Glasgow last year, wealthy nations failed to reach an agreement to financially support poor countries for infrastructure damage and economic loss caused by climate change.

According to a report by scientists on the United Nations’ Intergovernmental Panel on Climate Change (IPCC), 45% of the world’s population, equivalent to 3.5 billion people, currently live in areas of high vulnerability to climate change- the vast majority of those people are in Africa, South Asia and South America. These regions have some of the lowest per capita carbon emissions yet they continue to suffer from floods, droughts and extreme weather.

We are currently addressing the symptoms of the problem without addressing the root cause. Whilst humanitarian aid will, no doubt, go a long way to ease the suffering of millions, without urgent action taken on the part of wealthy nations to reduce their emissions, millions will continue to suffer.

The root cause of this current tragedy is the climate emergency and far more needs to be done to tackle it.