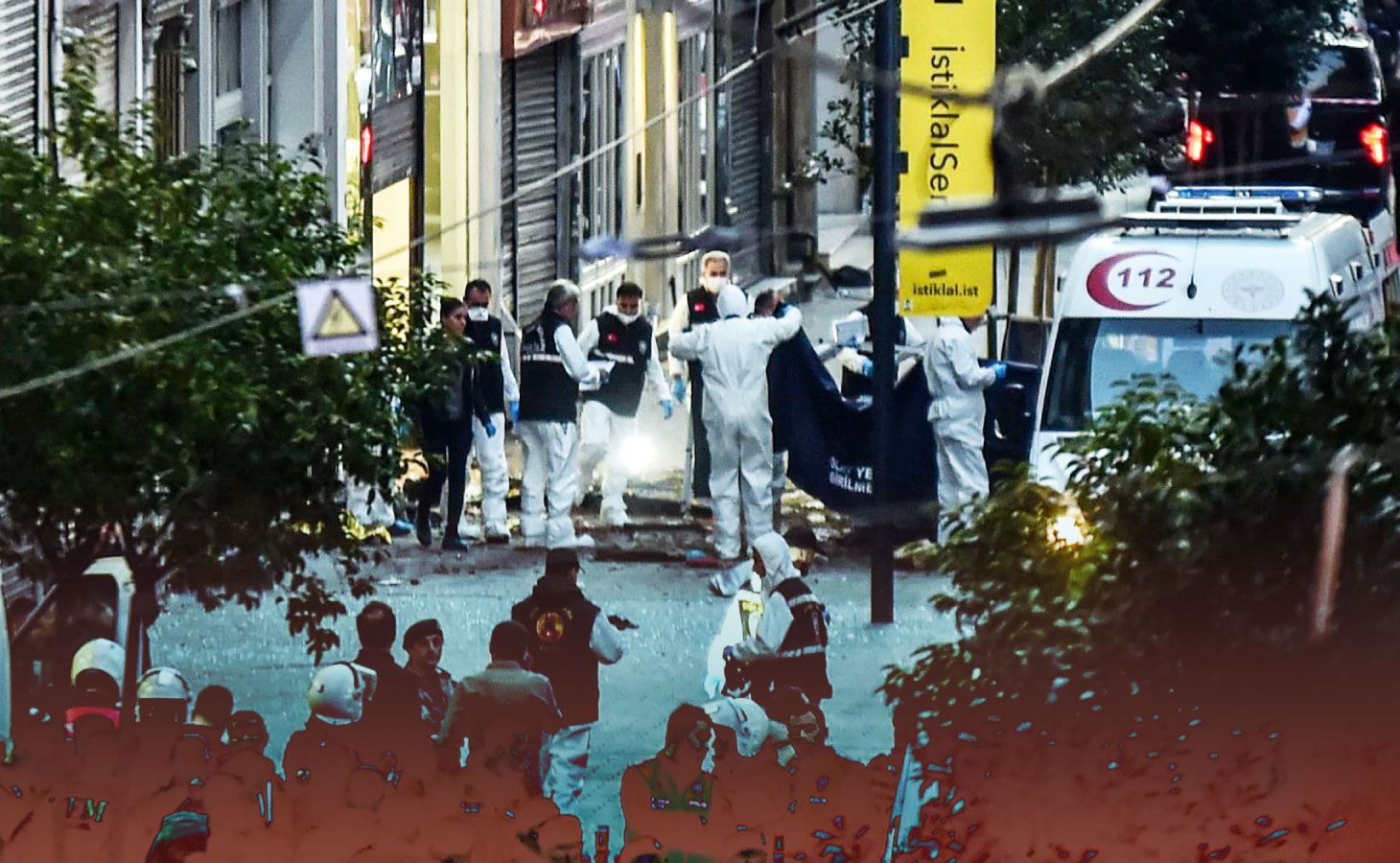 Turkey accused the outlawed Kurdistan Workers' Party (PKK) of carrying out a deadly bomb attack in Istanbul, saying a Syrian woman was in custody suspected of planting the device.

The bombing killed six people and wounded 81 others in the famous bustling shopping street of Istiklal Avenue on Sunday afternoon.

There has been no claim of responsibility.

Turkish President Recep Tayyip Erdogan called the bombing a "vile attack" that had the "smell of terror."

Istanbul police said Monday that 46 people had been detained in total.

Erdogan's government accused the PKK of carrying out the explosion.

Police footage from Turkish media showed a young woman in a purple sweatshirt apprehended in an Istanbul flat.

"The person who planted the bomb has been arrested," interior minister Suleyman Soylu said in a statement broadcast by the official Anadolu news agency early Monday.

"According to our findings, the PKK terrorist organisation is responsible," Soylu said.

The PKK, blacklisted as a terrorist group by Ankara and its Western allies, has kept up a deadly insurgency for Kurdish self-rule in southeastern Turkey since the 1980s.

Getting back to normal

Mecit Bal, who runs a small shop a few metres from the scene, said his son was working at the time of the blast.

"My son was there. He called me and said an explosion happened. He will not go back to work today. He is psychologically affected," he told AFP.

Witness Cemal Denizci, 57, told AFP: "I was 50-55 metres away, suddenly there was the noise of an explosion. I saw three or four people on the ground."

"People were running in panic. The noise was huge. There was black smoke," he said.

Most shops, usually open until late, pulled down their shutters after the blast, but some stayed open in a show of defiance.

"We are not afraid, we heard the explosion but we are open as long as the police don't come and ask us to close," said Mustafa Guler, manager of the Keyif Nevizade restaurant in the neighbourhood.

Istiklal Avenue was previously targeted during a campaign of bombings across Turkey in 2015-16 that were blamed mostly on the Islamic State group and outlawed Kurdish militants, killing nearly 500 people and wounding more than 2,000.