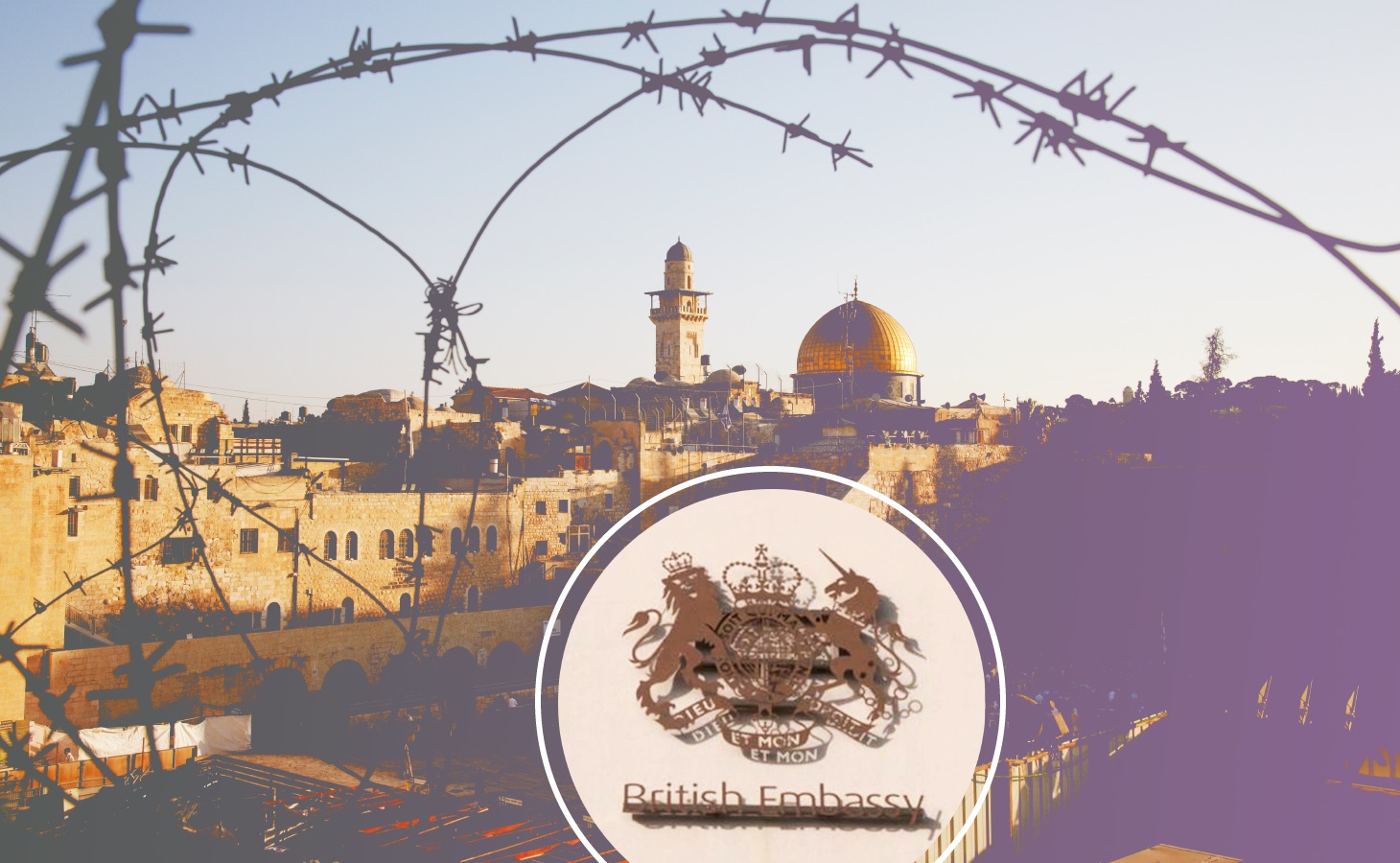 The backlash against Prime Minister Liz Truss's suggestions to move the British embassy to Jerusalem has intensified.

Muslim, Jewish and Christian figures have joined a growing chorus of opposition to the suggested move, including the major UK opposition parties and Arab ambassadors to the UK.

Earlier this week, senior Conservatives at an event organised by Conservative Friends of Israel (CFI) called for the embassy to be moved from Tel Aviv to Jerusalem, following Truss's comments about the topic to Israel's prime minister Yair Lapid last week.

The Muslim Council of Britain's Secretary General Zara Mohammed said the suggested move does not serve the UK’s interests and could have "destabilising repercussions," as analysis and academics have pointed out in the past.

"We join fellow Britons who are all alarmed by your recent statements on reviewing a move of the British Embassy in Israel from Tel-Aviv to Jerusalem," said Mohammed in a letter to Truss.

"This action would represent a legitimisation of the Israeli occupation of East Jerusalem by Israel and would flout international law, not least UN Security Council Resolution 478. The resolution makes clear that Israel’s attempt to change the character and status of the Holy City of Jerusalem constitutes a violation of international law."

The letter said that such attempts would be an obstruction to achieving lasting peace. "It would be unconscionable for the UK to turn its back on all these commitments upheld for so long," added Mohammed, citing Britain's long-standing position of rejecting such a move.

Cardinal Vincent Nichols, the Cardinal Archbishop of Westminster, also wrote to the Prime Minister "to express profound concern" over the mooted relocation.

"Such a relocation of the UK Embassy would be seriously damaging to any possibility of lasting peace in the region and to the international reputation of the United Kingdom," he said in a tweet.

"Pope Francis and the leaders of churches in the Holy Land have long called for the international Status Quo on Jerusalem to be upheld, in accordance with the relevant UN resolutions. The city must be shared as a common patrimony, never becoming an exclusive monopoly of any party," he added.

A group of Jewish youth leaders also wrote a letter to the President of the Board of Deputies of British Jews, Marie van der Zyl, slamming her for her ‘inflammatory speech’ encouraging the embassy move at the CFI event.

The letter said young British Jews are "deeply concerned" by comments made by the president, adding that it was "inconceivable" to divert "millions of pounds to support a costly embassy move" at a time when the country is facing more pressing issues; like the cost-of-living crisis.

"We are the future leaders of the British Jewish community and we wholeheartedly object to this inflammatory speech being made in our name," read the letter.

"As the President of the Board of Deputies, we would expect you to consider the perspective of young British Jews before making such divisive remarks in a public sphere. We wish to make it explicitly clear that you do not represent us and cannot claim to be speaking on our behalf on this issue.

"There is a strongly held belief among significant numbers of young British Jews that, whilst Jerusalem is the capital of Israel, moving the UK embassy to Jerusalem would jeopardise the prospect of a political resolution to the Israel-Palestine conflict."

The letter added: "Recognising Jerusalem as Israel’s capital, whilst failing to recognise even the right to a Palestinian state, goes against claims to support two states."

The Middle East Eye reported that representatives of Labour, Liberal Democrat and Scottish National told it that they rejected the suggestion to move the embassy to Jerusalem.

On the back of the story, the Labour Muslim Network tweeted: "We are pleased to see  @UKLabour oppose plans by PM Liz Truss to move the UK embassy to Jerusalem. This is a flagrant disregard for international law and an obstacle to peace in the region. We must stand firm in our opposition."

Arab diplomats have warned Britain not to go ahead with the plan, with some saying it could even jeopardise talks on a trade deal between the UK and the Gulf Cooperation Council.