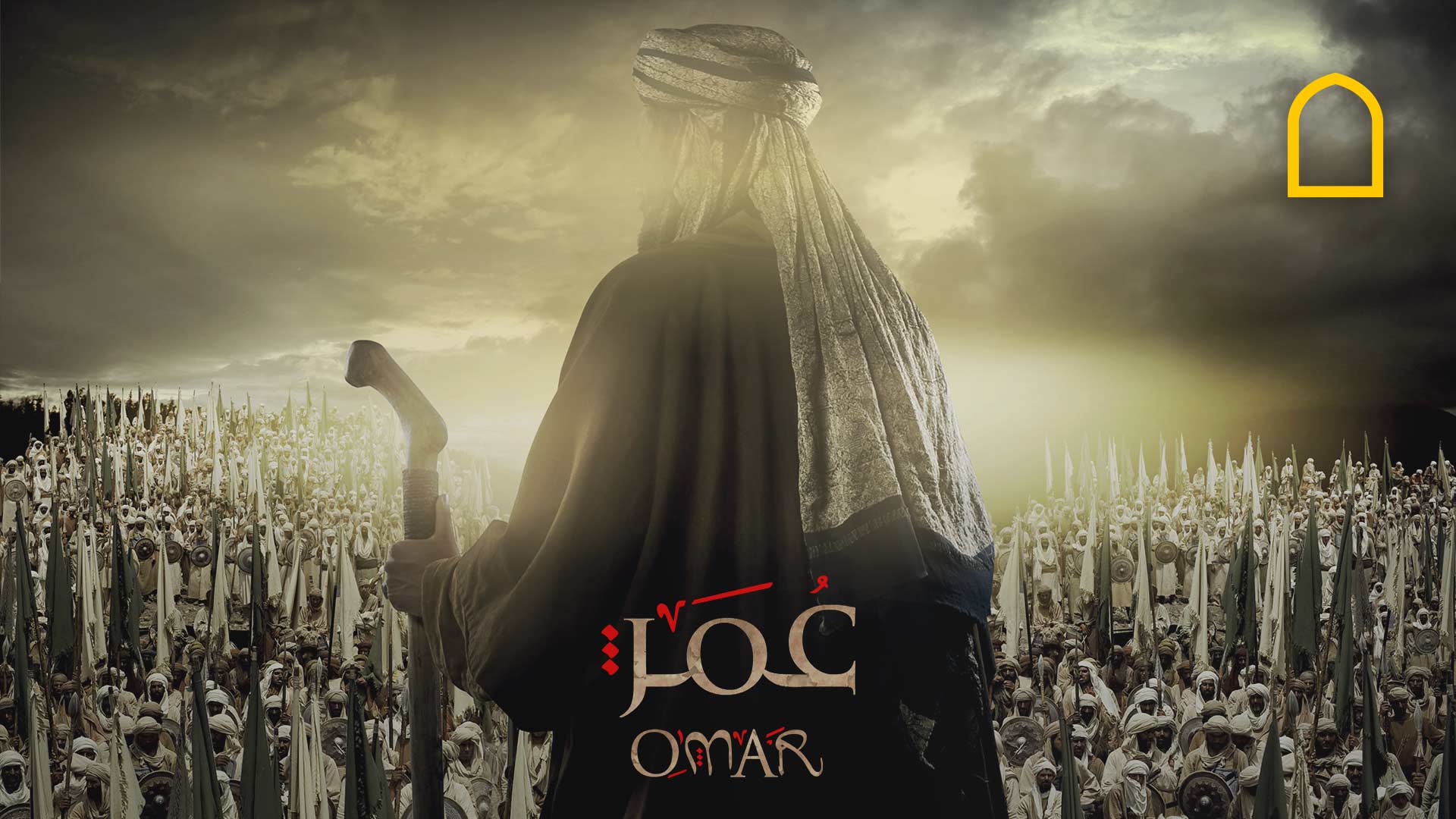 All episodes of the popular drama series, Omar, are now available on our apps. The drama is based on the historical facts of the life of Omar Ibn al-Khattab (RA), the second Caliph, before and after he embraced Islam. It dramatises the events of his life and the complexities of his Caliphate until his death. The series starts with the Caliph Omar (RA) on a pilgrimage to Makkah telling the story of his life in vivid flashbacks.

If you haven’t already downloaded the Islam Channel app you can do so now from the App store or Google Play.

Omar Ibn al-Khattab (RA), one of the closest companions of the Prophet Muhammad ﷺ, is a towering figure in Islamic history. This series allows you to discover more about the man he was.

Watch a preview of the drama series Omar:

10 things we learn about the life of Omar Ibn al-Khattab (RA):

1.    He underwent a dramatic conversion – from openly persecuting Muslims and even planning to kill the Prophet ﷺ to converting to Islam, thus answering the dua of Muhammad ﷺ:

“O Allah! Give Islam strength through one of the men you love more: Omar ibn al-Khattab or Amr ibn al-Hisham (Abu Jahl)” (Tirmidhi)

2.    He was tall and strong, known for his physical prowess, skill in martial arts, wrestling and horse-riding. Omar (RA) was also a thinker. Despite literacy being uncommon in pre-Islamic Arabia, Omar (RA) could read and write and was also a gifted orator.

3.    Omar (RA) was one of the few followers of Muhammad ﷺ to leave openly in the Hijrah (migration) to Madinah – most left under cover of night for fear of persecution from Quraish.

4.    He became a close companion of the Prophet Muhammad ﷺ and a central figure in his life and seerah. The Prophet ﷺ held Omar (RA) in high esteem, so far as saying:

“If there were to be a Prophet after me, it would be Omar Ibn al-Khattab” (al-Hakim)

5.    Omar’s (RA) extreme dedication to the Prophet ﷺ meant he did not want to believe news of his death. Abu Bakr (RA), the first Caliph, intervened, reciting from the Quran to convince him:

“Muhammad is not but a messenger. [Other] messengers have passed on before him. So if he was to die or be killed, would you turn back on your heels [to unbelief]?” (Quran 3:144)

7.    On Abu Bakr’s (RA) death, he became the second Caliph, and was the architect of the Muslim state, developing a sophisticated and efficient administration that would govern the sprawling Muslim empire.

8.    Under Omar (RA), the Caliphate became a world power, with decisive conquests over the superpowers of the time, the Byzantine and Persian empires. The Caliphate expanded to include present-day Iraq, Iran, Azerbaijan, Armenia, Georgia, Syria, Jordan, Palestine, Lebanon, Egypt, as well as parts of Afghanistan, Turkmenistan and Pakistan.

9. In 644, Omar (RA)was assassinated by a Persian slave named Abu Lulu or Piruz Nahavandi whilst leading Fajr prayers in the Prophet’s Mosque. As Omar (RA)lay dying he called on a committee of six persons to choose a Caliph from amongst them by consulting with the people, including women and slaves.

10. Omar (RA)is buried next to Abu Bakr (RA)and the Prophet Muhammad ﷺ in the Prophet’s Mosque in Madinah.

Why is Omar (RA)known as the founder of Taraweeh prayers?

Why is Omar (RA) called the architect of the first true Muslim state?

As Caliph, Omar (RA) divided the state into provinces and districts and setting up the structure to rule it efficiently. These are some of the Islamic institutions he put in place:

What was the reaction to the TV series Omar when it was first shown?

The drama, which cost over US$53 million to make has received international acclaim but had never before been broadcast in the UK, until Islam Channel gave it its premiere during Eid al-Fitr in 2021. When the series was first aired in Ramadan 2012, it became one of the most-watched TV shows in the Middle East.

Although it has given rise to some differences of opinion regarding the portraying of Islamic sahabas on TV, the general consensus of scholars has been that the fact that the series depended on reliable historical facts made this acceptable. Many Muslim scholars supported the series and it has been praised for its high production value , contribution to Islamic media and impact on Muslims worldwide.

Watch all episodes of the drama Omar on Islam Channel now.