Meet the engineer who designed the PPE hijab 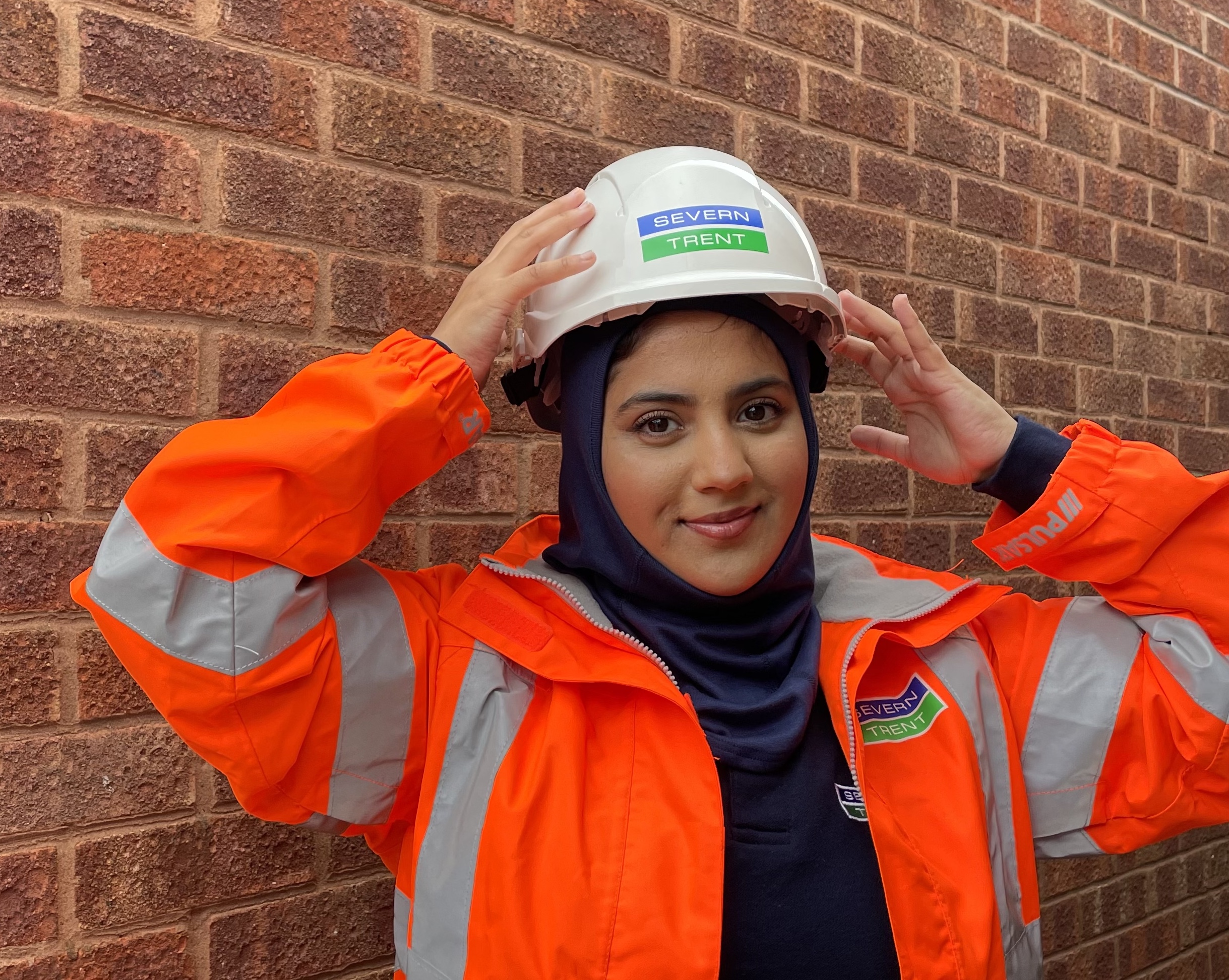 Severn Trent senior engineer Aminah Shafiq has been in the news recently for creating the PPE hijab, which allows Muslim women to wear safety helmets properly.

The 24-year-old, who works for Severn Trent, said her design makes it safer for women to wear the hijab in operational roles.

She hopes the idea will help more Muslim women to pursue careers in engineering and construction.

"I wrote like a quite personal email to the PPE manager about my struggles and my anxieties before I joined the company and how Severn Trent has erased them and made me feel like I've fitted in, and that I could get far in a role like this as a Muslim woman," Aminah told Islam Channel.

"But I also said I've identified two gaps that I feel are like safety concerns when going out on site."

Aminah was concerned about the loose material of a normal hijab, which can be a hazard  on a construction site. She also noted that it was difficult to wear a helmet securely over a normal hijab.

"I had a really positive response from all those guys higher up and the PPE manager asked me to design it," says Aminah.

"I love that I had the responsibility to design it and they just didn't give it to someone who hadn't had the experience of what I had experienced when going out on site," she adds.

Aminah designed a simple pull-on hijab with no loose material.

She hopes her design will encourage other Muslim women to pursue a career in construction and engineering:

"It conveys such a strong important message that this whole industry is inclusive and you can do whatever job you want to do and you'll be accommodated."