What's happening with the Pakistan floods? 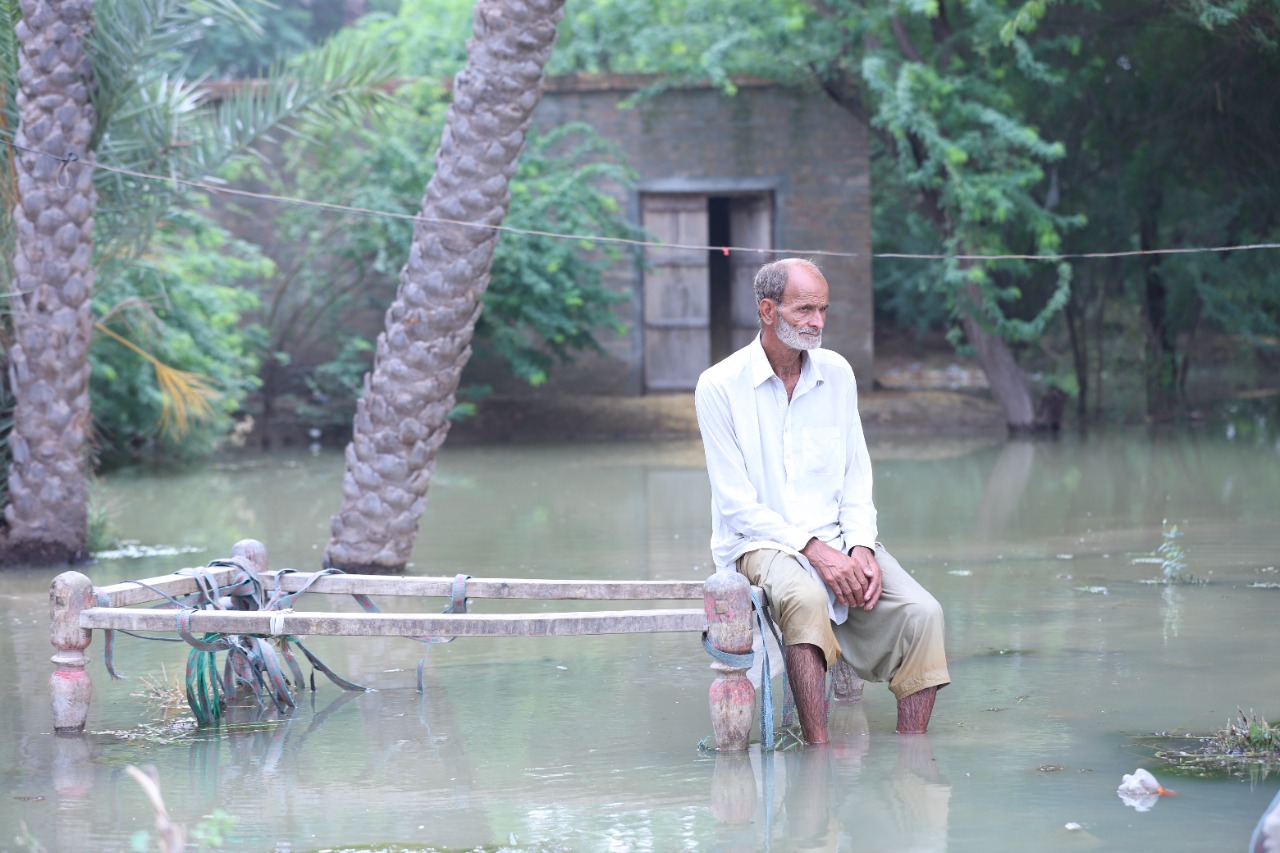 This summer, Pakistan has seen some of the heaviest monsoon rains in years, resulting in severe floods in the country's south.

Around 1,200 people have died so far due to the floods and thousands of homes have been destroyed in mainly south Punjab, Sindh, Balochistan and KPK.

Record monsoon rains were causing a "catastrophe of epic scale", Pakistan's climate change minister Sherry Rehman said on Wednesday, as she made an international appeal for help in dealing with floods.

The charity Al Mustafa Welfare Trust (AMWT), which is on the ground providing life-saving aid to those most affected, says more than 3 million people have been affected. And many are in immediate need of water, food, medical assistance, and shelter.

The group says the soul-shattering details of the losses and tragedies across the country are "shocking and heart-wrenching." It says bodies are buried in the mud or hanging from trees, while many more are under the rubble of collapsed houses.

Hundreds of schools, mosques and bridges have been wrecked. Crops and gardens on millions of acres of land have also been destroyed, while around 200,000 cattle have been washed away in the flood channels.

It says the poorest and most vulnerable are on the frontline of the crisis.

People in Pakistan's Punjab province are trying to cope with major flooding triggered by record monsoon rains. The floods have already killed more than 800 people in the country since June.#Floods #Pakistan #Monsoon #Rain pic.twitter.com/nCStVmSqz7

How AMWT is responding to the crisis

"Our team is Alhamdulillah responding to the crisis since June. We're not just on location but in all the affected provinces," says Shahid Iqbal from AMWT.

"There have been 1,200 deaths since June and also the destruction of infrastructure, bridges, crops and deaths of animals. Pakistan is a country that depends heavily on agriculture."

Monsoon flooding is not uncommon in Pakistan but Shahid says it is worse this year because the season started early and is lasting longer.

The charity provides emergency packs, including food, tents, sleeping bags and items for babies and mothers.

It is treating the sick and the injured from its emergency medical camps in flood-affected areas, while more severe cases are transferred to nearby hospitals.

"The first thing to do is to send people to a safe place," says Shahid.

"Our teams across those regions are going to the affected areas and moving people to safe places with trucks. And once we've done that, we're providing tents for people to live in and cooked meals.

"Flooding also leads to increased diseases, so we're also building medical camps. And where we can, we're clearing roads and making them accessible for the public."

Once this emergency response is over, Shahid says the charity will work to help people rebuild their lives and livelihoods again.

"This is our first initial response to emergencies - to send people to safe places and shelter them, provide food and water and medical assistance.

"But when the water has gone, we have to help build the houses that been destroyed.

"These people will have lost their livelihoods too; their crops and animals. "So, they will need support to rebuild their lives. "

Al Mustafa Welfare Trust will raise vital funds for the Pakistan flood victims in live appeals on Islam Channel at 8pm and on Islam Channel Urdu at 7.30pm on Friday 26 August. You can also donate directly through their website.