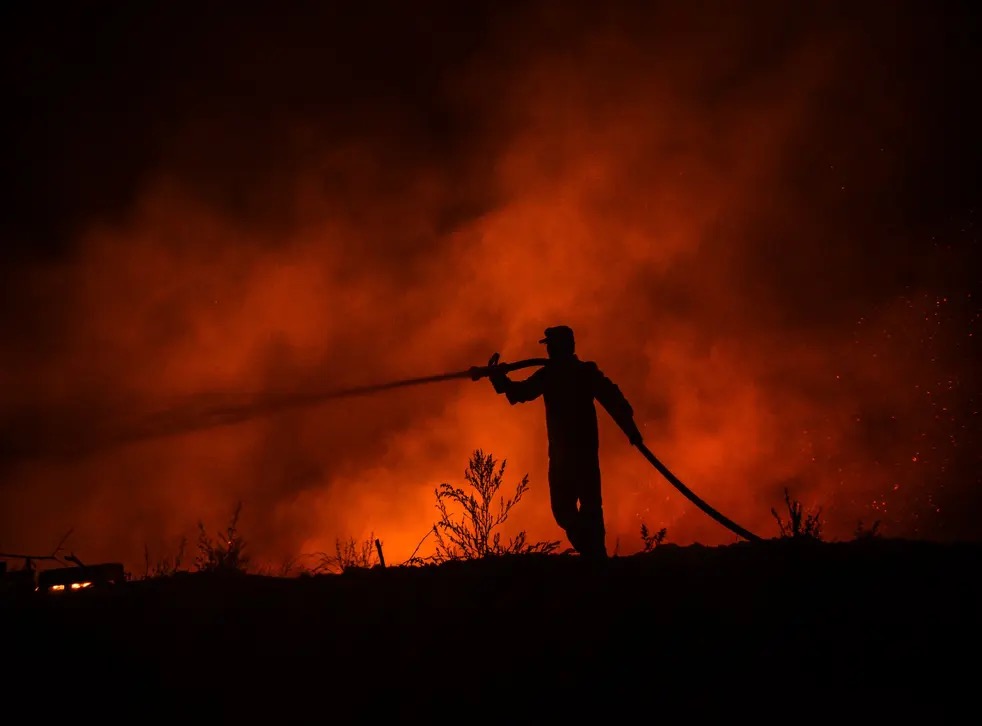 Holidaymakers and locals have had to be evacuated from coastal resorts along Turkey's Aegean and Mediterranean coastlines as 85 fires have blazed across the country.

Popular holiday resorts such as Marmaris, Içmeler, Bodrum and Manavgat in Antalya have been badly affected with tourists having to be evacuated from hotels by boat.

It has been confirmed that at least 4 people have died in the fires, which have reached an intensity, more than 4 times higher than previous records for the country. It has been reported that the forests which line much of the country's southern coast, were exceptionally dry, following record temperatures this summer. Only last week, Cizre, which is in Turkey's south east, recorded the highest temperature for 60 years at 49.1°C. The extreme temperatures are part of a heatwave currently hitting southern Europe, which carries with it the risk of more forest fires.

Elsewhere, wildfires have already been reported in Greece, Bulgaria and Albania.

#PrayforTurkey has been trending on Twitter as news broke of the destruction waged by the fires, with crops and livestock destroyed and many taken into hospital, suffering from smoke inhalation.

Minister of Agriculture and Forestry, Dr. Bekir Pakdemirli, said on 30th July that of the 85 forest fires which had been raging in 24 provinces over the previous 3 days, 74 were now under control.

Pakdemirli issued a statement detailing the equipment which had been used by the Turkish authorities to fight the fires saying that this included: "6 planes, 45 helicopters, 9 drones, 1 unmanned helicopter, 1 firefighting tank and 1080 fire engines". He said that over 4000 firefighters had been involved in the operations and he paid tribute to those who had died fighting the fires, including 25 year-old Șahin Akdemir.

The statement refuted some of the criticisms that have appeared in the media about the handling of the fires and defended the Turkish authorities use of planes and helicopters to fight the fires. He said that there had been claims that the planes used by the Turkish authorities were too big to be effective as they couldn't enter the valleys, saying: "Across the world, many different sizes of plane are used to fight fires. Whatever the size or capacity of the planes used to fight forest fires, they have been developed for this purpose, so this type of comment shouldn't be entertained." He also explained the Bambi Bucket system used by helicopters to drop water on the fires, refuting suggestions that it would have been adversely affected by the wind.