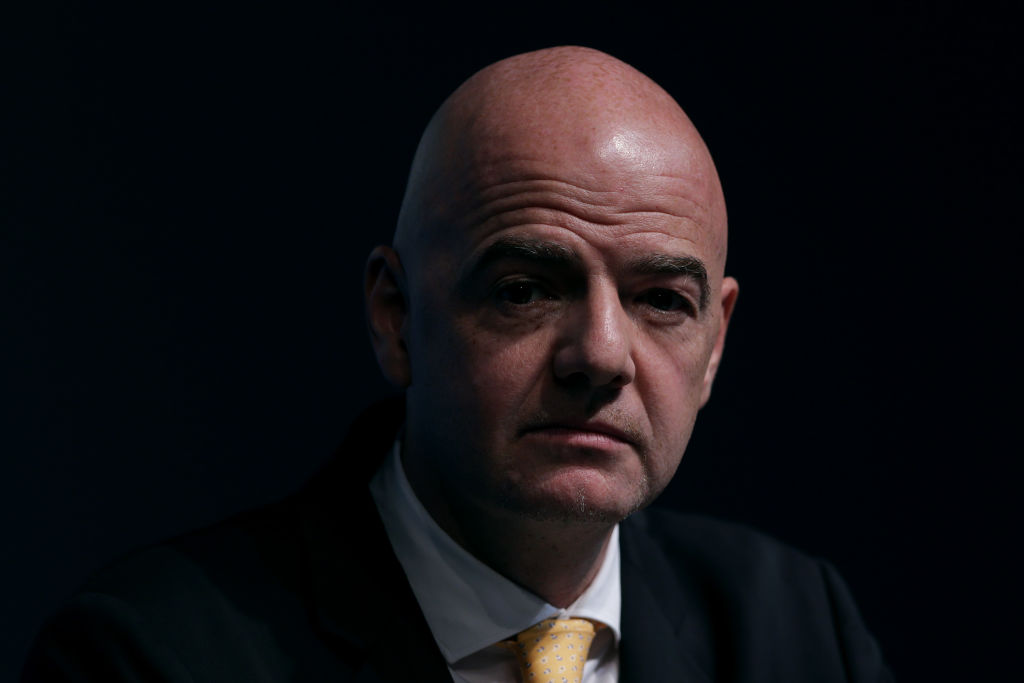 FIFA president Gianni Infantino accused the West of 'racism' and 'hypocrisy' in its criticism of Qatar in the lead up to the 2022 World Cup.

In his extraordinary monologue at a news conference in Doha, the president made a fervent defence of Qatar and the tournament.

Qatar, the first Arab and Muslim nation to hold the World Cup, has come under criticism for its human rights record, especially the treatment of its migrant workers.

But many feel the hostility towards the country is unprecedented and smacks of hypocrisy, especially given the human rights records of many countries that have held sporting tournaments in the past.

And it is a view shared by Infantino. He said western nations should apologise for acts committed in their histories and implied their concern for migrants seemed hollow given the hostility migrants face in Europe, with many dying making the treacherous journey to the continent.

"We have been taught many lessons from Europeans and the Western world. I am European. For what we have been doing for 3,000 years around the world, we should be apologising for the next 3,000 years before giving moral lessons," he said.

Last year, the Guardian reported that around 6,500 migrant workers died in Qatar since preparations for the World Cup started. Infantino pointed out the hypocrisy of these concerns, given that 25,000 migrants had died trying to get to Europe since 2014.

“Qatar is offering them this opportunity,” he said. “They do it in a legal way. We in Europe, we close our borders. We don’t allow practically any workers from these countries who are trying to come to work legally in our countries.

“Those who reach Europe, or those who want to come to Europe, they have to go through very difficult journeys. Only a few survive. So if you really care about the destiny of these people – these young people – Europe can do as Qatar did. Create some channels, some legal channels, to increase the percentage of these workers to come to Europe. Give them some work. Give them some future.”

Infantino also pointed out that the World Cup has helped Qatar improve its treatment of migrant workers. "The kafala system was abolished, minimum wages were introduced, heat protections were put in place. ILO, unions acknowledged this, but media don’t, or some don’t," he said.

This week, Qatar announced that it would not allow alcohol in the football stands, causing uproar amongst some.

Again, Infantino pointed out the hypocrisy in the media, given that there is no uproar in the same ban occurring in places like France, Spain, Portugal and Scotland.

For example, the ban on alcohol in football grounds in Scotland was introduced following a riot at the 1980 Scottish Cup final between Rangers and Celtic. In France, alcohol-free beer is sold in stadiums, while in Euro 2016, it introduced alcohol bans in host cities after violence erupted between rival fans.

"There will be many fan zones where you can buy alcohol in Qatar and fans can simultaneously drink alcohol. I think if for three hours a day you cannot drink a beer, you will survive," said Infantino.

"Especially because the same rules apply in France, Spain, Portugal and Scotland. Here it has become a big thing because it is a Muslim country? I don't know why."

Infantino also attacked those who mocked south Asian fans, who were filmed supporting other nations, as 'fake fans'. “Can someone who looks maybe like an Indian not cheer for England, or for Spain or Germany?” he asked. “You know what this is? This is racism. This is pure racism. And we can stop that.”