A third of Pakistan is underwater, floods are "worst in country's history" 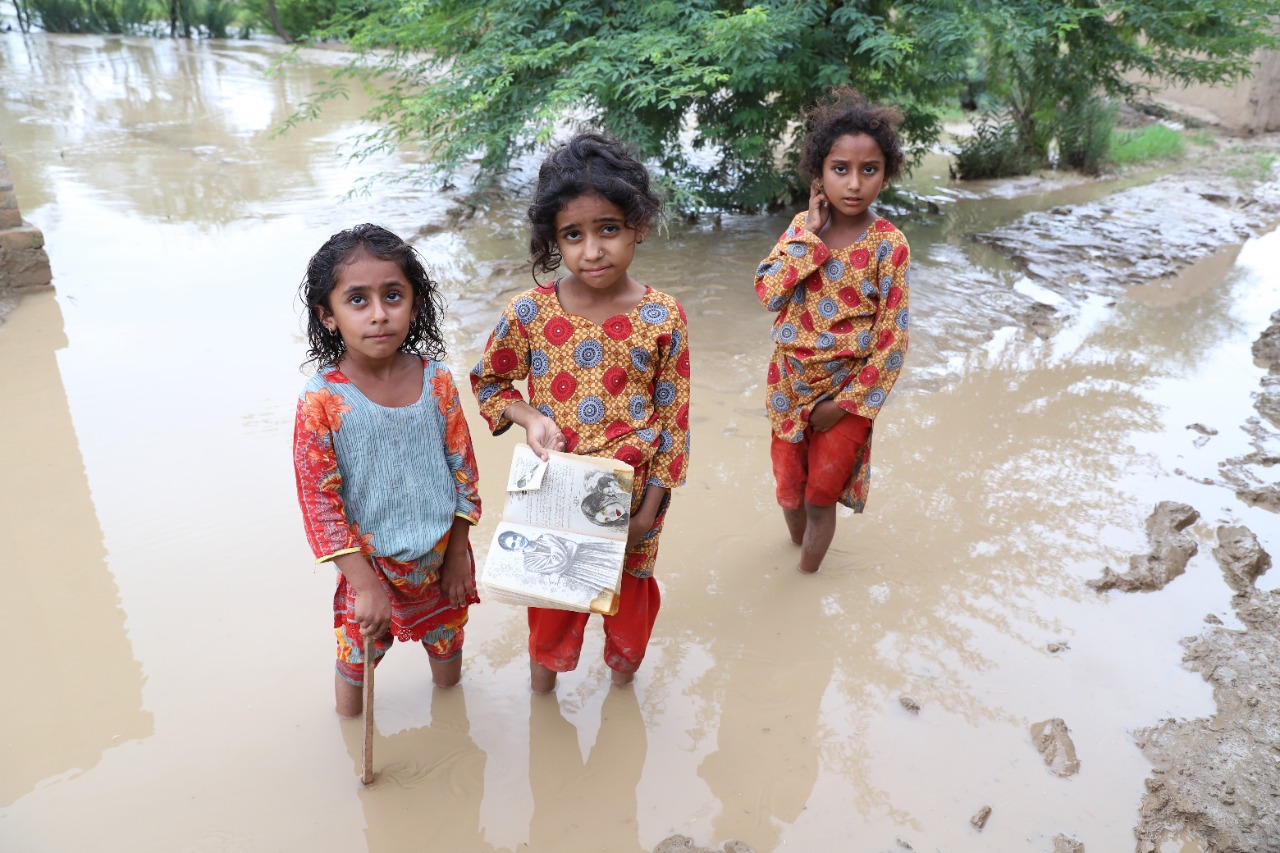 Aid efforts ramp up across Pakistan to deal with the unprecedented floods that have killed over 1000 people and displaced over 33 million.

Prime Minister Shehbaz Sharif called the flooding "the worst in the history of Pakistan", adding it would cost at least $10 billion to repair damaged infrastructure spread across the country.

The rains, which began in June, unleashed powerful floods across the country that have washed away swathes of vital crops and damaged or destroyed more than a million homes.

Authorities and charities struggle to accelerate aid delivery to the displaced people, a challenging task in areas cut off because many roads and bridges have been critically damaged.

"For God's sake help us out," Qadir, 35, who was camped out with his extended family on a road near the southern city of Sukkur, told AFP.

"We walked along the road for three days to reach here. There's nothing left back at home, we only managed to save our lives."

In the country's south and west, many Pakistanis have crammed onto elevated highways and railroad tracks to escape the flooded plains.

"We don't even have space to cook food. We need help," Rimsha Bibi, a schoolgirl in Dera Ghazi Khan in central Pakistan, told AFP.

The floods have left millions in need of help. Join Islam Channel every night this week and donate what ever you can.#Pakistan #Floods pic.twitter.com/Jgk8IqCgI6

The yearly monsoon season in Pakistan brings torrential, often catastrophic rains that are essential for agriculture and water supplies.

But such intense downpours have not been seen for decades and Pakistani officials have blamed climate change for increasing the frequency and intensity of extreme weather.

"When we send in water pumps, they say, 'Where do we pump the water?' It's all one big ocean, there's no dry land to pump the water out."

She said "literally a third" of the country was under water, comparing scenes from the disaster to a dystopian movie.

Pakistan has seen twice the usual monsoon rainfall, the meteorological office said, but Balochistan and Sindh provinces have had more than four times the average of the last three decades.

Aid flights have recently arrived from China, Turkey and the United Arab Emirates, while other countries including Canada, Australia and Japan have also pledged assistance.

The United Nations launched a formal $160 million appeal on Tuesday to fund emergency aid, while the US said it was sending $30 million and the UK has offered £1.5 million.

"I understand the UK Government has offered £1.5 million of financial aid to help, however this is simply insufficient to support and repair the damage wreaked by the floods," said Labour MP Afzal Khan in a letter to Liz Truss, the Secretary of State for Foreign, Commonwealth and Development Affairs.

"The British Pakistani community are rightfully concerned and I am deeply moved by their incredible generosity. But their contributions alone are not enough, it is the duty and responsibility of the UK Government to help."

Charity Human Appeal said the situation is beyond critical and is urgently appealing for people to donate.

"The sheer numbers of people displaced by the floodwaters are of a magnitude hard to comprehend, and the need is only set to grow in the coming days with still more rains set to fall in already stricken regions," said Numan Shahid, Special Projects Coordinator, Human Appeal.

"The 33 million people displaced by the Pakistan floods are equal to half of the UK’s population, with more monsoon rains predicted shortly."

Watch Islam Channel all this week as we raise vital funds for the Pakistan flood victims in our live evening appeals with our charity partners.
‍
Image source: Al Mustafa Welfare Trust