With England reaching the Euro 2020 final, here's why we support Southgate's England 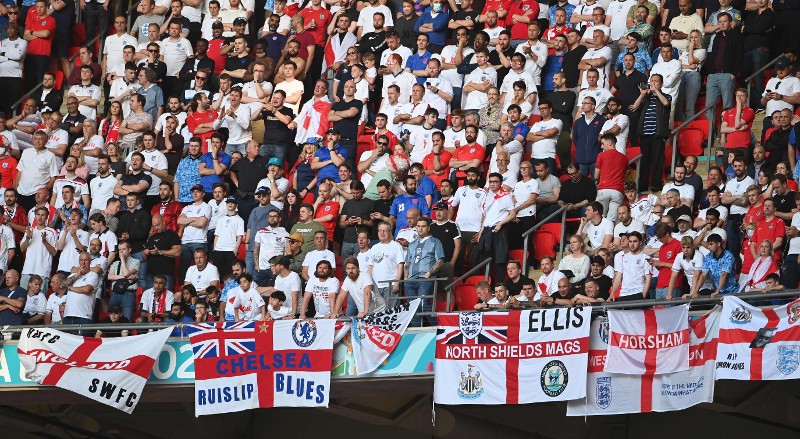 Thanks to Southgate’s England, we can finally feel comfortable with the flag

Young lads in a madrasah, all huddled around a small laptop, tentatively waiting to see what comes of Harry Kane’s penalty. The goal sparks joyous celebrations — and wins hearts on social media.

“The reason why many are getting emotional over a viral video is the toxic, white, patriotic anti-Muslim, migrant narrative that has become embedded in parts of our culture,” he added.

Non-Muslims also felt compelled to comment on the uplifting video. Tory MP James Cleverly watched it “over and over again,” actor Eddie Marsan ‘welled up’ seeing the clip and even the official England Twitter account commented with a heart emoji.

For the madrasah in question, the Jamiatul Ilm Wal Huda boarding school in Blackburn, a Go Fund Me page was created to get the boys a larger TV amongst other things and many non-Muslims donated. But thanks to the viral nature of the news, the youngsters have been allowed to go back home for a long weekend to watch the final with their families.

But why has this video, with over 1m views now, instigated such a reaction?

The video, and the comments it’s triggered, show how Gareth Southgate and his team have made it easier for minorities to openly support England.

The history of the far-right co-opting the St George’s flag is still vivid for first and second-generation ethnic minorities. It’s difficult for many in that generation to have an affinity with a flag that traditionally triggered fear.

But as the tweets from the Muslim celebs show, the team represents the modern, diverse and tolerant elements of this country — eight of the starting eleven against Denmark are from immigrant backgrounds. People that struggle to buy into the flag and everything it symbolises, still buy into this England team and everything it stands for.

The players have impressed with their resolve and strength. Holding firm to their values and articulating their feelings with sincerity. And it’s because they stand against bigotry –in the face of hostile opposition from some sections of the media and politicians – minorities feel a greater fondness towards them.

The players have constantly been under attack by right-wing elements for protesting against racism by kneeling before matches. Muslims and minorities can relate — they know how it feels to be regularly attacked by the same section of society.

Home secretary Priti Patel accused the team of ‘gesture politics,’ while Prime Minister Boris Johnson failed to condemn the booing of the knee. Their comments played well with people that are traditionally hostile towards minorities and Muslims. And so supporting Southgate and the team is seen as a way of pushing back this far-right sentiment.

Southgate’s been unbashful about where he stands. “It’s clear to me that we are heading for a much more tolerant and understanding society, and I know our lads will be a big part of that. It might not feel like it at times, but it’s true,” Southgate said in his open letter to the England fans before the tournament:

“I understand that on this island, we have a desire to protect our values and traditions — as we should — but that shouldn’t come at the expense of introspection and progress,” he added.

For a nation that is seemingly stumbling into a ‘culture war’ fuelled by primitive patriotism, it’s Southgate and his team’s progressive patriotism that is bridging a divided country and bringing hope to minorities.