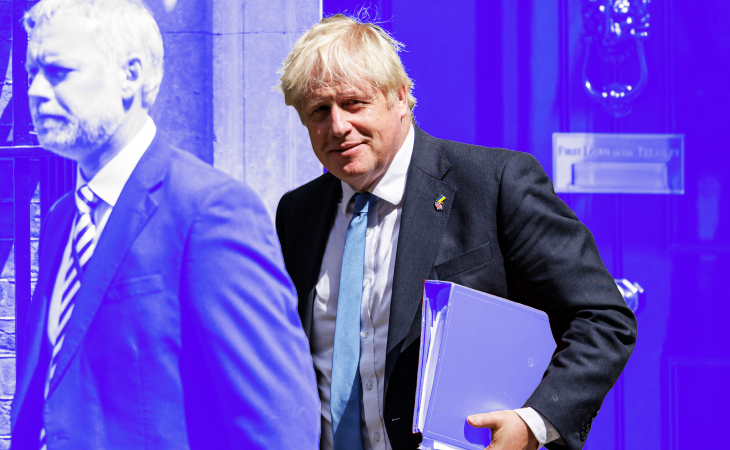 Boris Johnson said the investigation into the Islamophobia claims made by Tory MP Nus Ghani will have to wait until his successor is appointed.

It means the party, which has been plagued by accusations of Islamophobia and racism, will not resume the probe until September at the earliest when either Liz Truss or Rishi Sunak replaces Johnson.

In January, Ghani alleged that when she was sacked as minister in 2020, a government whip said her 'Muslimness' was 'making colleagues uncomfortable.' Johnson ordered a Cabinet Office inquiry into the allegations.

In a letter to the Liaison Committee published Tuesday, the outgoing prime minister responded to a question asking him when the investigation findings would be published.

"The investigation had not been completed by Lord Geidt before his resignation," said Johnson in the letter.

The ethics chief Lord Geidt was carrying out the investigation but resigned in June like many other ministers after multiple scandals rocked Johnson's administration.

“The investigation therefore remains outstanding and should be a matter for a new independent adviser function, as soon as appointed by my succession," added Johnson.

Mark Spencer, identified as the whip that made the alleged comments, has denied the allegations made by Ghani.

"To ensure other Whips are not drawn into this matter, I am identifying myself as the person Nusrat Ghani MP has made claims about this evening," Spencer tweeted in January.

"These accusations are completely false and I consider them to be defamatory. I have never used those words attributed to me."

Sympathy for Ghani from the Muslim community has been thin on the ground given that she is a member of a party with a history of being accused of having a problem with Islamophobia.

During the 2019 leadership election, Johnson pledged a specific investigation into Islamophobia, only to downgrade it into an inquiry into all forms of discrimination.

The subsequent Singh Review, published in May last year, found that Islamophobia in the Tory party is a problem.

Johnson himself has been accused of making offensive remarks towards Muslims – in 2018, in a Telegraph newspaper column he wrote that Muslim women wearing burqas look like "letter boxes" and "bank robbers".

Last week, the Tories were criticised for shunning the Muslim Council of Britain and using Islamophobia to weaponise in the Conservative Party leadership contest.