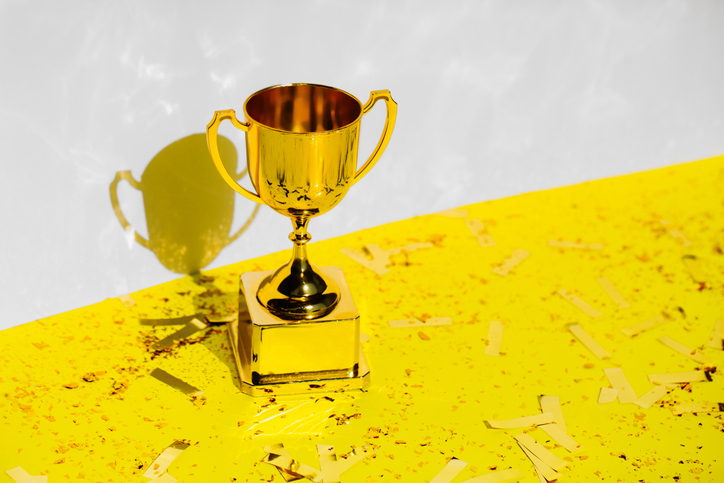 Some of the most remarkable Muslims in Britain were recognised for their ingenuity and achievements in the 9th British Muslim Awards 2022.

The awards celebrated a wide range of achievements across the country, including those who made a positive impact on business, charity, sport, arts, culture, religious advocacy, education and medicine.

Winners included Hannah Miah (Young Achiever of the Year), a ten-year-old who has raised thousands of pounds for charity.

"Super proud father ❤️ Hannah dedicates the award to my late father-in-law who was a real inspiration for her," tweeted her dad Jewel Miah MBE. He always taught Hannah to be loving, caring and support the less fortunate."

Safwan AhmedMia, who has appeared on Islam Channel Today's Show, won the 'Man of the Year' award, while 'Outstanding Achievement of the Year' went to Aminah Shafiq, the engineer who created the PPE hijab.

Honoured to have Won Man of The Year at the #BritishMuslimAwards! Truly blessed and grateful to do what I do #Alhumdulillah pic.twitter.com/i3B3b88r8o

‍The awards commended British Muslim individuals for their entrepreneurship, spiritual endurance and wide range of successes across a variety of sectors.

Other winners included Masjid E Sajedeen from Blackburn for 'Mosque of the Year', 'Rising Star in Sport' went to boxing champion Hamzah Sheeraz and 'Media Achievements of The Year' was picked up by journalist Unzela Khan.

Samah Khalil BEM won the ‘Spirit of Britain’ award, while Muslimah Sports Association (London) were named the 'Social Inclusion Group of the Year.' The founder and chair of the association Yashmin Harun BEM also appeared on one of our The Today Show programmes.

I won an award 🥺 - Media Achievements of The Year at the British Muslim Awards 2022 - Alhumdullilah! #britishmuslimawards2022 pic.twitter.com/DpHOyJHwgO

I feel so touched to have won the ‘Spirit of Britain’ award at the British Muslim Awards 2022. I did not expect to win at all but I feel truly blessed.

Thankyou to whoever nominated me and the BMA team for a lovely night 🤍
#BritishMuslimAwards pic.twitter.com/0bHjF5mUIW

We only gone and won another award! Truly humbled!

The British Muslim Awards Social Inclusion Project of the Year 2022!

Come and celebrate 🎉 with us on 18th March!

“Every year I think we’ve seen the best the British Muslim community has to offer but every year I’m blown away by just how special the talent is and just how hard people work to service their communities," said Irfan Younis, CEO of Oceanic Consulting, who organises the event.

"I have no doubt that the Muslim community will continue to thrive and act as leaders for future generations to come."

With 35 awards presented on the night, here is the full list of winners:

Leading Lights of the Year: Rokaiya Khan (Together Women, York)