Call for calm after pro-Hindutva rallies in Leicester spark disorder 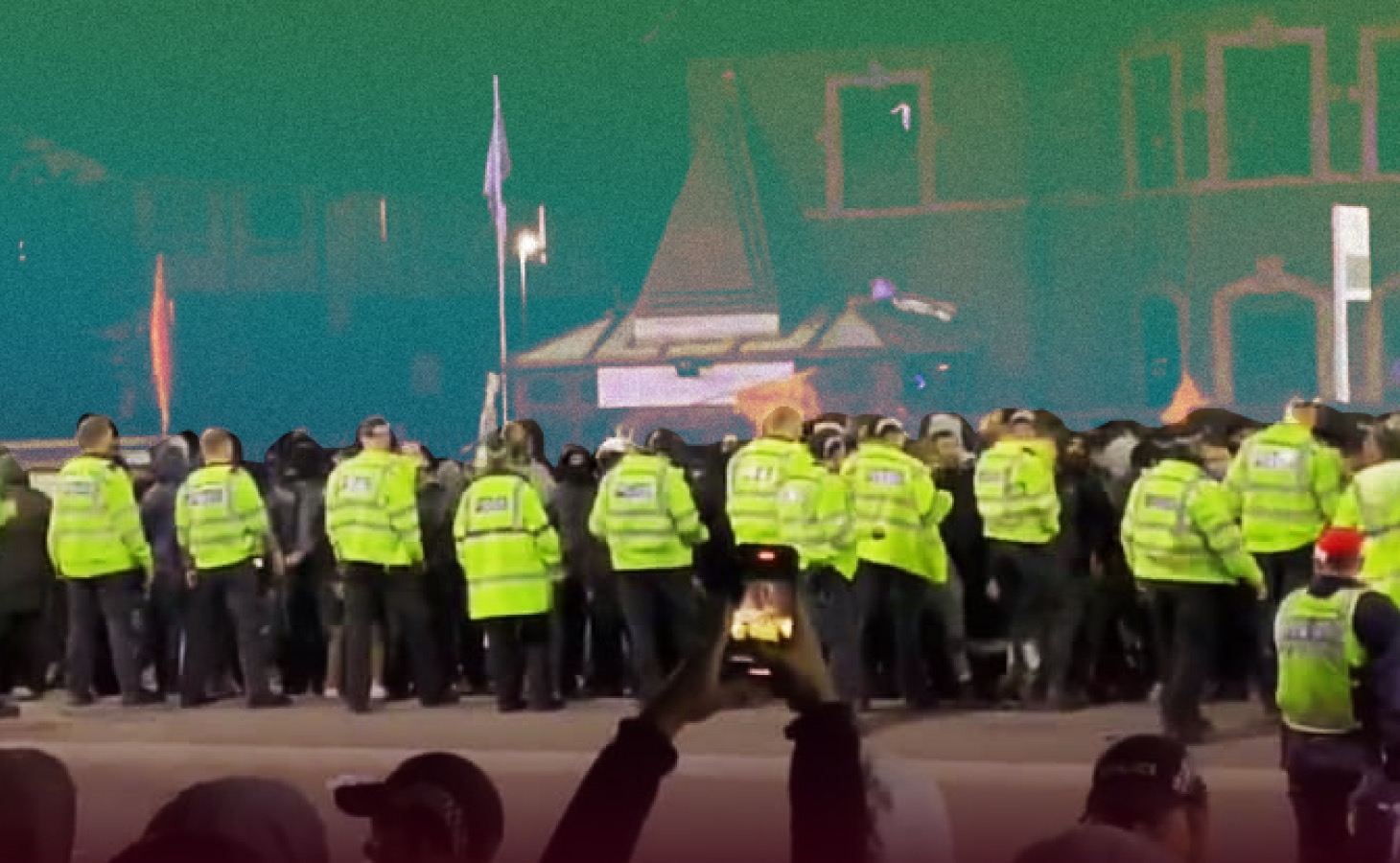 Community leaders have called for calm after a large-scale disorder broke out in Leicester over the weekend, triggered by pro-Hindutva crowds marching along Muslim and Sikh populated areas.

Around 200 people were reported to have gathered in the east of the city for an unauthorised protest. The crowd clad in balaclavas allegedly shouted Hindu nationalist slogans linked to anti-Muslim violence in India, which sparked opposing groups to gather, resulting in physical altercations and a heavy police presence.

It is the latest of several incidents to erupt in the city amid heightened tensions following the violence after an India and Pakistan cricket match on 28 August.

Many locals say the tensions in the community have existed for months, with Muslims facing increasing hostility from Hindutva-inspired gangs in the area.

“Communities have expressed their deep concerns to me around the propaganda perpetuated by far-right groups in India and their Hindutva agenda, which we are now seeing expressed on British streets," said Muslim Council of Britain Secretary General Zara Mohammed

"These provocations have targeted Muslims, Sikhs, and other minorities and as a result, instigated hostilities between local communities in Leicester.

"We do not believe these people represent the views of wider Hindu communities, with whom Muslims and Sikhs, among others, enjoy good relations in the UK, of which Leicester, historically, is a prime example."

Police said proactive patrols had taken place in the city, with no new reports of tensions since the disruption over the weekend.

A 20-year-old man, Amos Noronha of Illingworth Road, Leicester, was jailed for 10 months on Monday after he pleaded guilty to possessing an offensive weapon during the disorder in east Leicester on Saturday night. In total, 48 arrests have been made so far.

On Tuesday, faith leaders called for calm and for everyone to work together.

"Leicester has no place for any foreign extremist ideology that causes division," they said in a joint statement. "We, the family of Leicester, stand in front of you not only as Hindus and Muslims but as brothers and sisters. Our two faiths have lived harmoniously in this wonderful city for over half a century."

“We settled here in this city together, we fought the racists together, we built it up together. The recent violence is not who we are as a city.”

Muslims in the area have complained that for months there have been numerous reports of Islamophobic incidents and antisocial behaviour allegedly committed by a recent influx of Hindutva-inspired immigrants.

It includes accusations of chanting outside mosques, targeted mob attacks on Muslims, and vandalism to homes and businesses.

Locals have been critical of how the police have dealt with their concerns, which have been brewing for several months.

A timeline of events was shared by MEND, pointing to how things started before the cricket match in August.

We have noticed a narrative that these tensions started following a cricket match at the end of August. This is not true.

Here is what happened…

"The tensions have been simmering since an alleged Hindutva-inspired mob attacked a young Muslim 3 months ago, but dramatically erupted over 2 weeks ago, after Indian cricket “fans” celebrated a win with anti-Pakistan chanting and violence," said MEND.

"This violence included an attack on a member of the Sikh community, who had to take refuge in a Muslim owned takeaway. These incidents were subsequently followed by another attack on a young man by 30 plus suspected Hinduvata-inspired youth and this resulted in reciprocal violence,"

"MEND calls on the police to use all necessary powers to find those responsible for both organising and carrying out this disorder."

The group added that it welcomed the message from Leicester’s Hindu leadership condemning the violence from the "200+ balaclava wearing Hindu youth."

Hindu nationalism in the UK

The Bharatiya Janata Party (BJP) and its leader Narendra Modi has been heavily criticised over the increasing violence towards India's Muslim minority. Hostility towards Muslims from the government has steadily increased since Modi came into power in 2014.

There are fears this bigotry against Muslims is spreading from India to the UK and other parts of the western world.

A week ago, Sadhvi Rithambara, a Hindutva leader accused of having made several xenophobic and Islamophobic comments in India, was invited to the UK by several Hindu congregations. After an uproar, her UK speaking tour was cancelled.

In a recent opinion piece for The Independent, a Hindu woman wrote about the increasing bigotry she has seen about Muslims from Hindus in the UK. But the piece was pulled after she and her family received threats, according to the deputy editor of the opinion desk Sunny Hundal.

"Let's be clear, there is definitely a growing problem of bigotry against Muslims among Hindus. It's spreading from India to the West," said Hundal in a tweet thread explaining his reasons for taking down the article.

A week ago, we published an editorial on The Independent by a Hindu woman on the bigotry (against Muslims) she was increasingly see around her.

After it was published, she immediately received threats and became worried for herself & family.

We took the article down.
Thread 👇🏽

During the recent clashes, some Hindus have also claimed that their businesses have also been attacked by gangs. The High Commission of India in London said in a statement: "We strongly condemn the violence perpetrated against the Indian community in Leicester and vandalisation of premises and symbols of Hindu religion."

"We have strongly taken up this matter with the UK authorities and have sought immediate action against those involved in these attacks. We call on the authorities to provide protection to the affected people."