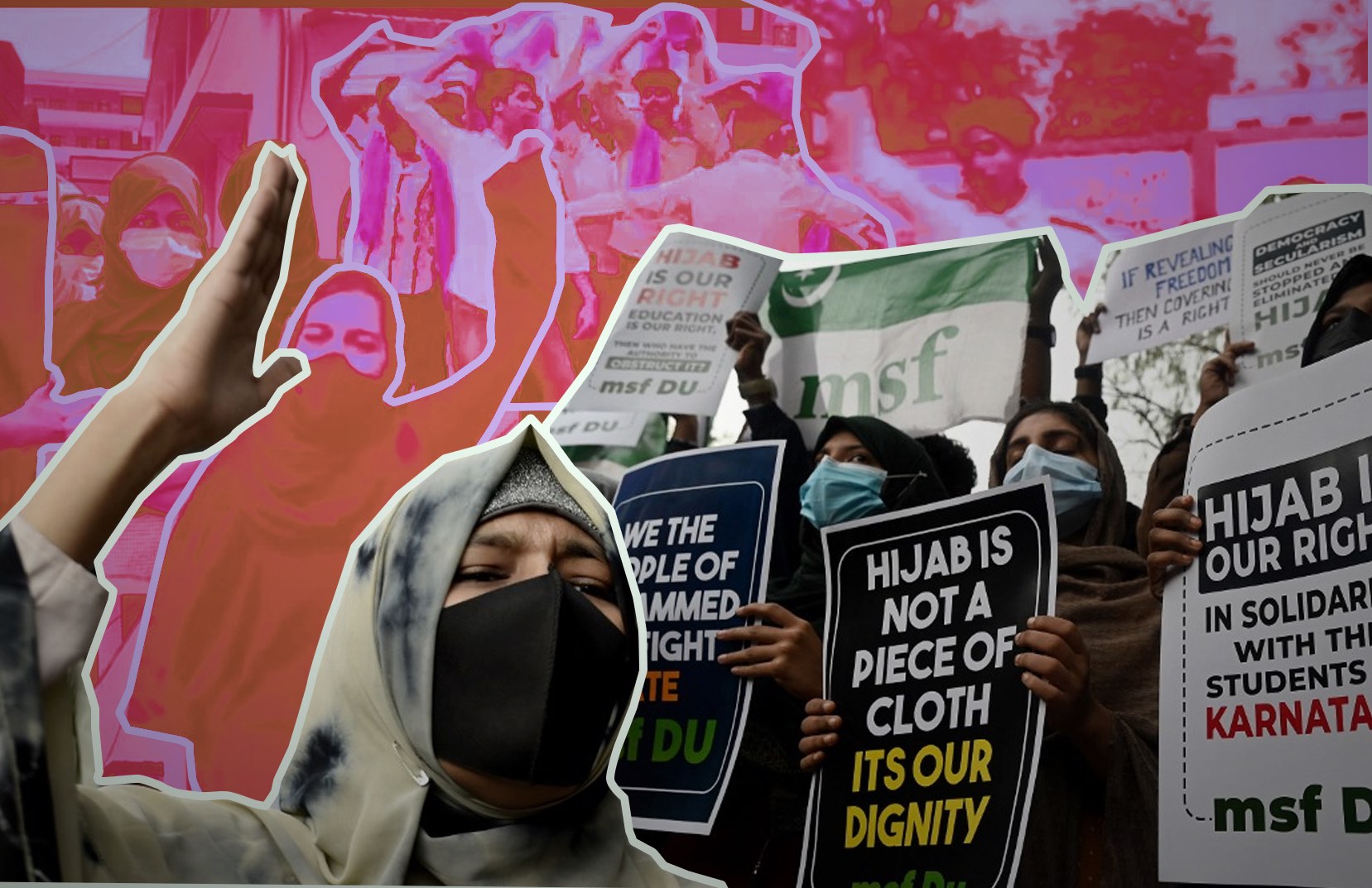 The Muslim girls who filed a petition against the decision to ban hijabs in schools and colleges in Karnataka said they feel betrayed by their own country after an Indian high court upheld the decision.

The decision has sparked fears that the ruling could set a precedent across the country and further marginalise the Muslim minority population and embolden far-right groups.

“It is total injustice what we got today,” one of the petitioners said at a press conference. “We had so much hope in our judicial system, society...But we feel we have been betrayed by our own country.”

The high court in Karnataka, a state ruled by India’s governing Hindu nationalist Bharatiya Janata Party (BJP), controversially claimed that the hijab is not 'essential' in Islam.

The students said they will continue to fight for justice and their rights.

#HijabVerdict | "It is total injustice what we got today. We had so much hope in our judicial system, society, but we feel we've been betrayed by our own country": Petitioners in the Hijab case pic.twitter.com/gfy8jC0qCF

The Students Islamic Organisation of India (SIO) said the verdict overlooked the issue of access to education and instead includes "an unnecessary, misinformed and lengthy treatise on the place of hijab in the Islamic faith."

The hijab ban gained exposure when Muslim girls wearing hijabs were stopped from entering a classroom in Karnataka in January.

A ban on hijabs was soon introduced in schools in the state, sparking widespread protest across India as people vocalised the opposition to a wider trend in India of banning students who wear the headscarf.

The Karnataka ruling has prompted fears that more states could see this as a rubber stamp to introduce similar guidelines on hijab.

It has made headlines across the world with many celebrities raising awareness of the troubles hijabi women face, including model Bella Hadid, footballer Paul Pogba and Rugby star Sonny Bill Williams.

Chief Justice Ritu Raj Awasthi of the High Court of Karnataka said in the judgement: "We are of the considered opinion that wearing of hijab by Muslim women does not form a part of essential religious practice in Islamic faith."

He added: "We are of the considered opinion that the prescription of school uniform is only a reasonable restriction constitutionally permissible which the students cannot object to."

The SIO said the decision sets a dangerous precedent in rewarding “rule by mob”.

"We cannot agree with the court’s selective reading of a particular English translation of the Quran, while excluding all other interpretations and translations of the Quran, and its reliance on these selective sources to hold that hijab is not an “essential” practice of Islam," it said.

It added: "The principles of tolerance, balance and accommodation that are indispensable in a plural, multi-religious and culturally diverse country like India, have been ignored.