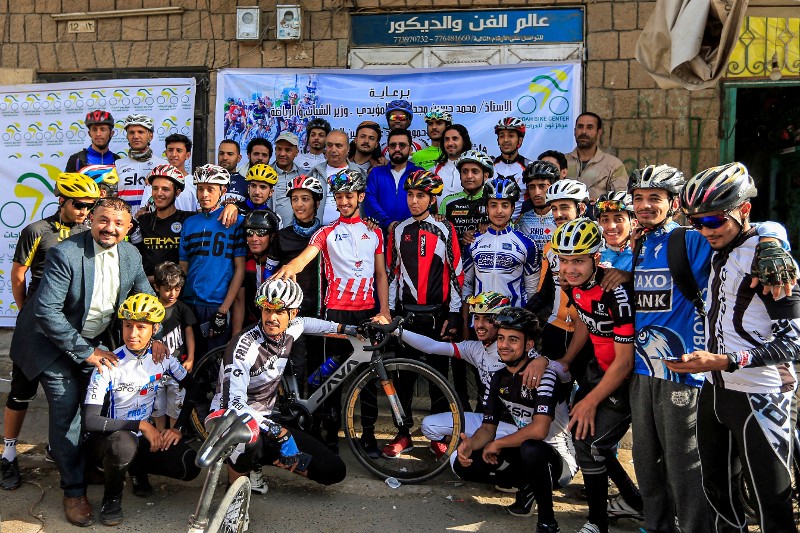 Cyclists in Yemen have taken to the streets for one common purpose – to spread peace in a country torn apart by war and conflict for years.

The cyclists prepared for their 320km journey from Sanaa's capital city to Saada's northern province - an area devastated by the ongoing war between the government and the Houthi rebels, by spreading a message of peace in Yemen.

"We are going to Saada to spread the message of peace," Mohammed al-Jidadi, one of the cyclists, said.

Yemen is the poorest country in the Arabian Peninsula. It has also been devastated by conflict, the pandemic and a humanitarian crisis that the United Nations has called the world's worst.

Millions have been displaced by the war, and more than 80 per cent of Yemen's population of 30 million depends on international aid.

But despite everything, the cyclists said they hoped their ride would have a positive impact.

"We don't want cycling limited to one province, and we want to relay the message to all provinces that cycling is meant to reach all nations," said cyclist Mohammed al-Harazi.

Yemen also finds itself in a currency war, resulting in two different values of the same currency within the country. The Houthis and the government previously used the same banknotes that had the same value.