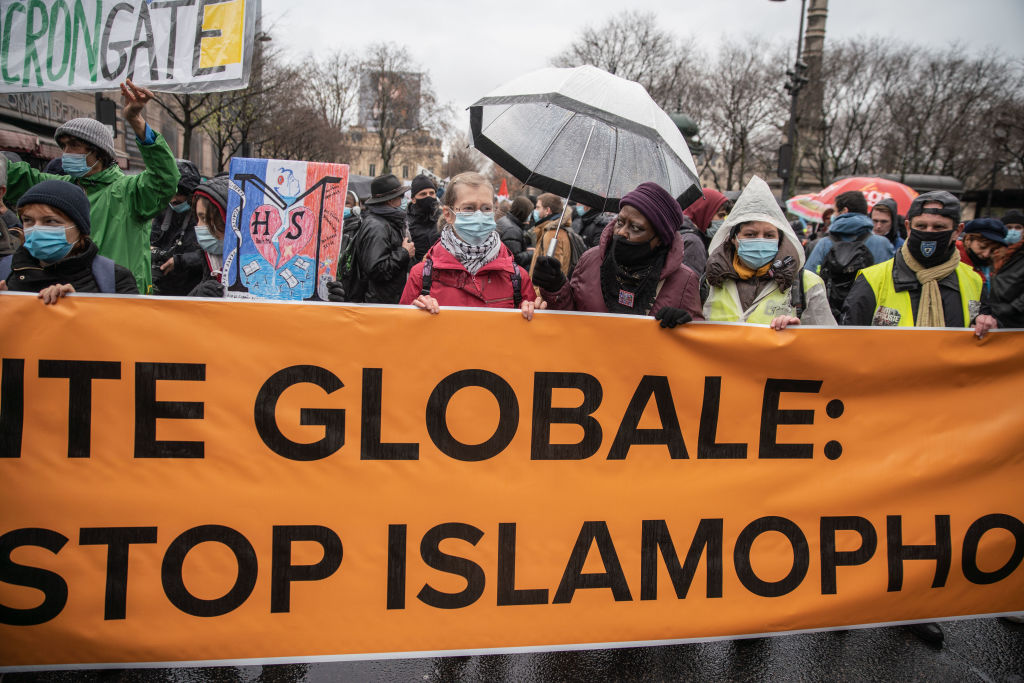 The European Network Against Racism (ENAR) condemned the escalation of Islamophobia in France and accused the government of targeting Muslims and civil rights groups that counter anti-Muslim haltered and racism.

The European rights watchdog said far-right ideology in France in not just on the rise, but it is "already here and Europe should be concerned."

"The French government has not been shy about its increasingly divisive discourse and strategies," said ENAR.

"Under the guise of national security, civil society organisations have been dissolved, mosques have been raided, and schools and Muslim-owned businesses closed in ways that defy the rule of law and free association and expression, with a chilling effect on Muslim communities and civil society, who are being considered guilty until proven innocent," it added.

The statement comes after a report last month into Islamophobia in Europe pointed to France's worsening situation.

As France heads for elections later this year, critics are highlighting the increasing Islamophobic rhetoric coming out of French politics.

Macron's government has been accused of trying to outflank the two far-right presidential candidates, Éric Zemmour and Marine Le Pen, who seek to court anti-Muslim sentiments amongst the French electorate.

ENAR said in the statement that France is showing signs of "a growing far-right within its institutions" with the French media accused of "attacking civil society and demonising Muslims."

It criticised the government for aggressively promoting vague constructs, such as ‘Islamism’, and for silencing peaceful speech that argues that racism and Islamophobia are structural and institutional.

"Just this week, a popular presidential candidate delivered a speech encouraging police officers to act as “hunters” towards Muslims, which he regarded as a separate civilisation with whom peaceful cohabitation was impossible," said ENAR.

The group added that although France denies it has an anti-Muslim hatred problem, the lack of condemnation towards racist narratives in the media and presidential candidates’ speeches indicate otherwise.

Karen Taylor, Chair of the ENAR Board, said: "The actions of the French government in this witch hunt are alarming. Instead of championing freedom of speech and listening to the voices of racialised communities impacted by discriminatory policies, it is doubling down on them and marginalising these communities even further."

"Instead of recognising its problems of structural Islamophobia, baseless conspiracy theories are being used to scapegoat Muslims and civil society and infringe on their fundamental rights, and it is only getting worse.”