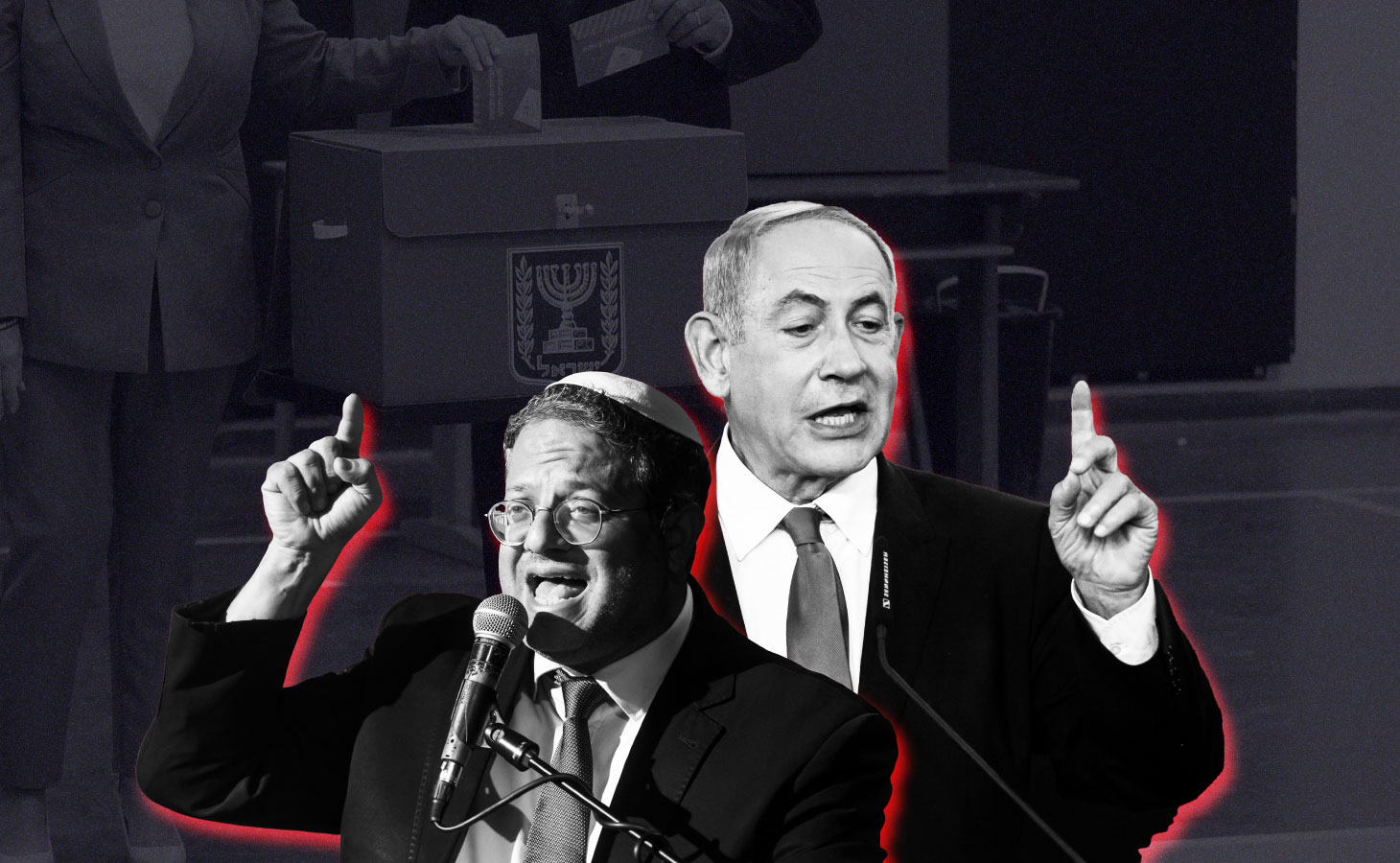 Israel could see one of its most right-wing governments in history — and it's causing serious alarm amongst Palestinians and many people around the world.

The far-right provocateur Itamar Ben-Gvir could become a minister in Benjamin Netanyahu's new coalition government, which will be announced next week.

Despite corruption charges hanging over his head, Israelis gave Netanyahu's Likud Party the majority during the recent elections. Likud is now having coalition talks with ultra-Orthodox parties Shas and UTJ, as well as with Ben-Gvir's far-right Religious Zionism-Otzma Yehudit alliance.

According to reports, the Biden administration has said it is unlikely to work with Ben-Gvir, while current Israeli President Isaac Herzog said "the whole world is worried” about his appointment.

“You have a partner who the entire world around us is worried about," Herzog was heard saying.

“You are going to have a problem with the Temple Mount. That is a critical issue,” Herzog added, referring to Ben-Gvir's desire to allow illegal settlers into Al-Aqsa Mosque.

The mosque compound has been repeatedly stormed over the last few years. Extremists increasingly pray on the site despite a decades-long consensus not to allow the practice.

For years Ben-Gvir was considered too extreme — even by right-wing politicians. But last week, his party became the third largest in the country and propelled Netanyahu back to power.

His success shows how extreme Israeli society has become — studies suggest 70% of the Israelis now describe themselves as right-wing, pushing Israeli politics further to the far right.

At 16, Ben-Gvir joined the Kach party, an ultra-nationalist movement later outlawed as a terrorist organisation. He delivered a glowing tribute on Thursday at a memorial for the late racist rabbi Meir Kahane, the group's founder.

A Kach supporter, Baruch Goldstein, murdered 29 Palestinians in a mosque in the occupied West Bank in 1994. Ben-Gvir used to have a picture of the mass murderer in his living room — something that prevented him from running on the same list as former prime minister Naftali Bennett in 2020.

Ben-Gvir was convicted of incitement to racism in 2017 and once called for the expulsion of Israel’s Arab citizens.

The far-right politician regularly makes proactive visits to Palestinian neighbourhoods and was pictured pulling a gun on Palestinians in the Sheikh Jarrah neighbourhood of occupied East Jerusalem last month. Last year, he pulled a gun on two Palestinians due to a minor parking dispute.

He has acted as a lawyer for Lehava activists who have called for the ban on Christmas and view Churches as places of idol worship. In May, the group's members shouted "Death to Arabs" during a march in Jerusalem.