"Heroes or villains? Here's why media representation of Muslims matters" 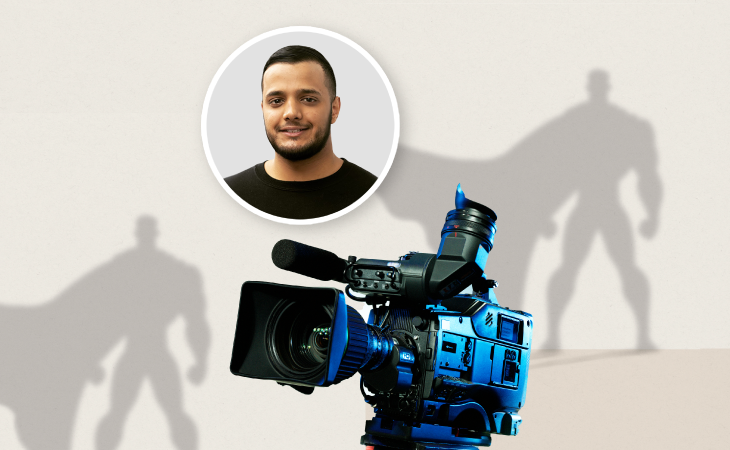 The media often ignores positive Muslim stories in favour of negative depictions — it's a systemic issue that needs to be addressed by having more Muslim journalists, says Islam Channel columnist Taj Ali.

Last week, a group of Black Muslim teenagers were hailed as heroes after they saved elderly and vulnerable residents from a burning building in East London. The teens, from the community-based group Coffee Afrik, emphasised that their actions stemmed from the values of their religion.

You would think the story of these young heroes, carrying a blind man and his wheelchair from a burning tower block, would be celebrated by the mainstream media. But aside from a few  journalists picking up the story, it didn't get much exposure.

Why aren’t these heroes being celebrated?
I hoped these young men would have been invited on to the morning talk shows/news shows plus interviews with the papers by now… @CoffeeAfrique https://t.co/gUFoMUOsW5

Unfortunately, these selfless acts of kindness on the part of British Muslims don’t warrant much of a mention in our media today. Perhaps because it doesn’t fit their usual narrative which largely casts Muslims in a negative light. The click-based revenue model of journalism so dominant today lends itself to sensationalism which in turn leads to fear mongering about Muslim communities. Rather than a revenue-generating mechanism, journalism should be seen as a public service. And a public service that reflects the diverse communities it claims to serve.

For far too long, British Muslims have had to contend with a media atmosphere that remains hostile to them and is, indeed, complicit in the demonisation of British Muslims. According to a study by the Muslim Council of Britain, most coverage of Muslims in British news outlets has a negative slant.

The analysis of 11,000 articles and news broadcasts during the final three months of 2018 found that almost 60% of online media articles and 47% of television clips associated Muslims and/or Islam with negative aspects or behaviour. The Mail on Sunday was the worst offender with 78% of its stories featuring Muslims having negative themes. This, of course, comes as no surprise to many British Muslims who have had to contend with media outlets peddling mistruths about Muslims for years.

The media profession is the second most socially exclusive profession in the country. And therein lies the problem. Muslims constitute 5% of the British population yet only 0.4% of journalists in the UK are Muslim. Our stories are neither accurately nor adequately told in the current media climate and we’re in desperate need of more British Muslim voices in the media.

The good news is that a number of initiatives have been set up to tackle both the lack of representation in the media but also the misrepresentation too. The Aziz Foundation is providing a number of scholarships for British Muslims interested in pursuing a master’s degree in journalism. The Muslim Council of Britain has set up the Media Monitoring Centre, dedicated to highlighting and tackling anti-Muslim prejudice in the media. Both of these initiatives demonstrate a strong appetite on the part of British Muslims to address our current predicament.

But mainstream media outlets also need to do better. Nearly half of all religious hate crime in England and Wales is aimed at Muslims. This hate crime is the end result of a growing climate of anti-Muslim prejudice in the UK – and many media outlets have played a part in whipping up this hatred. Numerous studies have demonstrated a clear link between hostile media narratives about minority communities and an increase in hate crime towards those very same communities.

Media portrayals matter because, in the absence of direct contact with Muslims, much of the public’s perceptions about Muslims are shaped largely through the media. Representation in and of itself is nowhere near good enough. The portrayal of Muslims in Hollywood is a case in point. In the world of Hollywood, how often are Muslims portrayed as the enemy and how often are they portrayed as the heroes? These portrayals can subconsciously reinforce stereotypes.

There is a direct correlation between the public’s exposure to negative depictions of Muslims in the media and their willingness to support policies that are harmful to Muslims and curtail their rights according to one study. In contrast, positive depictions of Muslims have been shown to do the precise opposite. It’s why stories like these Somali, Muslim heroes need to be highlighted.

British Muslims are not asking for special treatment; we are asking for equal treatment. Our communities, of course, have many challenges which the media no doubt casts a spotlight on. But we also have incredible stories of selfless acts of kindness which seem to be largely ignored.

As Zakariya Digalle, the young Black Muslim who saved the elderly man from the burning building, told the Independent: “I’m conscious of how society often views Black people and Muslims but, honestly, the lessons that my friends and I learned at a young age remind us that every life is valued.”

“I hope that our actions contradict some of the common misconceptions around who Black, Muslim people are.”

It’s time to address the systemic negativity in media coverage of Muslims that, for far too long, has harmed our communities. Recognising the selfless acts of kindness from Muslim heroes like Zakariya and his friends would be a great place to start.