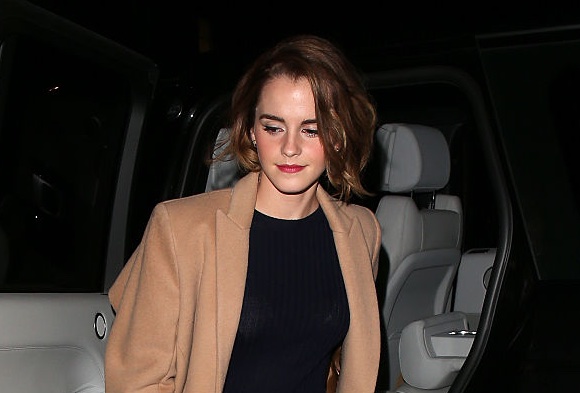 Over 40 actors, including Susan Sarandon, Mark Ruffalo, Peter Capaldi and Ramy Youssef, have come out in support of Emma Watson's Palestine solidarity post.

Last week Watson, who played Hermione Granger in the Harry Potter movies, posted an image of a pro-Palestinian protest with the phrase "Solidarity is a Verb." The message of solidarity was widely praised but provoked fury from right-wing Israeli officials.

Now, major celebrities from the world of film and TV– including Charles Dance, Maxine Peake, Viggo Mortensen, Steve Coogan and Asif Kapadia – have endorsed Watson's message saying they too 'oppose injustice' anywhere and 'stand with those seeking an end to oppression.'

“We join Emma Watson in support of the simple statement that ‘solidarity is a verb’, including meaningful solidarity with Palestinians struggling for their human rights under international law," reads the statement published in Artists for Palestine.

“We recognize the underlying power imbalance between Israel, the occupying power, and the Palestinians, the people under a system of military occupation and apartheid."

On Israel's forced evictions of Palestinians, the statement adds: "We stand against ongoing Israeli attempts to forcibly displace Palestinian families from their homes in the East Jerusalem neighbourhoods of Sheikh Jarrah, Silwan and elsewhere in the occupied Palestinian territory."

The letter rejected the deliberate false conflation some people make between opposing a political system or policy and bogotry.

"We condemn all forms of racism, including antisemitism and Islamophobia. Opposition to a political system or policy is distinct from bigotry, hatred and discrimination targeting any group of humans based on their identity. We see the former as a legitimate and necessary form of political and ethical expression and the latter as racism – pure and simple."

The actors, directors and others conclude by quoting the late Archbishop Desmond Tutu: “If you are neutral in situations of injustice, you have chosen the side of the oppressor.”

“Heeding Tutu’s moral appeal, we stand on the side of justice, freedom, and equal rights for all. This is the least we can do,” they add.