How Russia's war on Ukraine is exposing double standards 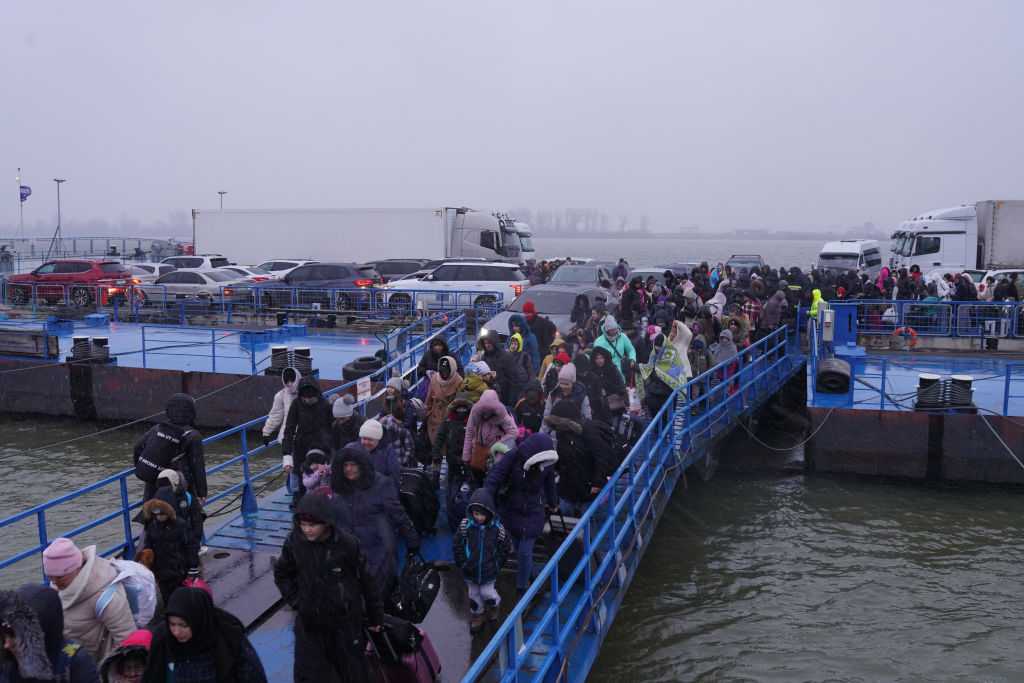 Social media users are pointing out the hypocrisy, double standards and racist attitudes at play when it comes to how Russia's war with Ukraine is covered and discussed.

Many critics are highlighting the emotional mismatch being shown amongst media pundits, journalists, and political figures when it comes to talking about a war involving European nations, versus conflicts that involve African, Middle Eastern or Asian nations.

Raising this point doesn’t diminish what's happening in Ukraine or downplay Russia's clear violations. The war in Ukraine is heinous.

It isn't 'whataboutism' either, as some people may claim - mainly those who feel uncomfortable and don't want to interrogate their inherent racism and bias (conscious or otherwise).

This is a legitimate debate that people on social media are having that needs airing. If not now, then when do we raise this apparent racialised hierarchy of support?

Sorry but now is the perfect time to be comparing Ukraine to Syria, Iraq, Palestine, Kashmir, Yemen, etc.

Supporting independence & self-determination of the former makes you a moral human rights advocate but if you support it in the latter, you’re a “terrorist sympathiser”.

And it does directly impact what's happening now in Ukraine and how the world unites against Russia's aggression.

As Germany's foreign minister found out, what do you say to countries who ask "why did you not show the same concern for us in the past?"

Germany's foreign minister Annalena Baerbock told the UN General Assembly that countries are pushing back against her calls asking for support of Ukraine. "“You are calling on us to show solidarity for Europe. But where have you been for us in the past?" she said they ask.

The Arab and Middle Eastern Journalists Association (AMEJA) called on all news organisations to be mindful of implicit and explicit bias in their coverage of the war.

"AMEJA condemns and categorically rejects orientalist and racist implications that any population or country is “uncivilized” or bears economic factors that make it worthy of conflict," it said.

Here's a great thread of the selective empathy western media is showing around this war. Why do journalists and pundits use descriptions such as 'blue eyes, blonde hair', 'vote in elections', 'civilised', 'Christian' when describing this situation?

Because perhaps, consciously or subconsciously, they know these words will have more of an effect on their audience?

When have you ever heard 'brown eyes, black hair' being used to describe someone, and why not if the alternative is OK?

I see everyone has decided to say the quiet part loud today pic.twitter.com/I10oEcEeMh

Meanwhile,  newspapers that are traditionally hostile towards refugees and warn about the swathes of people coming to the UK, suddenly seem more open about accepting Ukrainian refugees

No one is saying Ukrainian Refugees are safe in France. The Daily Mail launched an appeal for Ukrainian refugees. I hope now that refugees look like you, have blue eyes and Netflix accounts, u understand a bit more why people seek sanctuary in the UK. Solidarity with Ukraine 🇺🇦🤍

And tech giants like Facebook have moved swiftly to ban Russian-backed media but are not as quick to take down hate speech that promotes violence against persecuted minorities, especially Muslims.

Wonder what message this gives to the Rohingya and Ethiopians who see posts inciting hatred everyday on their feeds. Aren’t their situations [ie ethnic cleansing] exceptional? https://t.co/KV5iQSLq2p

There have been many comments about the severity and seriousness of this war and the impact this is having on the people of Ukraine.

This exceptionalism ignores that other wars and conflicts have a similar impact on local populations, whether they are located in Ethiopia, Libya, Syria, Yemen, Iraq, Afghanistan, Palestine, Myanmar or Venezuela.

It got deleted. So here is the original quoted tweet. pic.twitter.com/bTQeDThyB7

But in a way, these pundits are right about the seriousness of this war and why it's more worrying compared to other wars.

It's not 'third world' countries that instigate world wars. Traditionally, it's been the 'civilised' folk, those of 'European' origin who have triggered world wars that have resulted in millions of deaths and put the whole planet in jeopardy.

There have been reports of black and Asian refugees facing racism at borders, bus and train stations across Ukraine and parts of eastern Europe as they desperately seek to flee the war-torn area.

My sister was trapped in #Ukraine. This is a thread about her incredible journey to reach #Poland. During her escape she experienced #racism, injuries, freezing temps and sleep deprivation. Her story is only one of the hundreds of thousands of people trying to get out.

The following article from Time magazine looks at how Asians and Africans who lived happily in Ukraine, were left shocked at the racist manner they were treated by the authorities when they tried to escape the war.

Tens of thousands of Asians and Africans were happily living in Ukraine - they belonged. But when they fled Russia’s war, Ukrainians turned on them. My story from the Polish border, with photos by @nataliekeyssar https://t.co/tZhATvhb7S

Others have pointed out how brown and black refugees seeking the safety and security of escaping war are treated in parts of eastern Europe, versus how Ukrainians are welcomed at the border.

European countries welcoming refugees escaping war…I remember reporting from Poland just in November when the country was forcing back refugees in freezing temperatures.

“These are not the refugees we are used to… these people are Europeans,” Bulgarian Prime Minister Kiril Petkov said earlier this week about Ukrainians. “These people are intelligent, they are educated people.... This is not the refugee wave we have been used to, people we were not sure about their identity, people with unclear pasts, who could have been even terrorists…"

It's been noted how passionately and quickly people have mobilised to support the Ukrainian resistance against Russia and how it's been lionised.

Compare that with how resistance against foreign powers that occupy Middle Eastern countries is treated. Words like  'brave' and 'heroic' certainly are not used in those situations.

Really getting some mileage out of this one today https://t.co/0PI0ma5WmE pic.twitter.com/zNNinlZkKr

War is always wrong. I'm thinking of Ukraine, and the places where my relatives used to live (Odessa). But I'm also thinking of people in Yemen, Syria, Iraq, Lebanon, Palestine, Somalia, Kashmir who also face war, while being called terrorists for their resistance.

Meanwhile, UK Foreign Secretary Liz Truss said that she supported Britons who go and fight for Ukraine. This article looks at the hypocrisy of encouraging people to engage in 'acceptable wars', while removing the citizenship of others who went to places like Syria to support the people and fight against ISIS and the Syrian regime, which was supported heavily by a brutal Russian air campaign.

All those people who now declare they'd go & 'fight for Ukraine', and it's considered 'brave' ... yet when people went to Syria to fight Assad they were all 'extremists'? I'm not for anyone fighting other people's wars .. but this picking & choosing is peak cognitive dissonance.

Many have drawn attention to the encouragement for sporting and cultural institutions to boycott all things Russia — suddenly Boycott, Divestment and Sanctions (BDS) is now a legitimate strategy to protest against occupation!

The Champions League final will no longer be played in Russia, FIFA has cancelled all matches involving Russia, while Russian media and goods have also been cancelled.

Contrast that with how Palestinian BDS activists get ruthlessly attacked for protesting the occupation.

Celtic supporters have been fined for showing solidarity with Palestinians, while footballer Hamza Choudhary was also criticised by a vocal minority for doing the same at last year's FA Cup final. Arsenal football club distanced itself from footballer Mesit Özil when he criticised the treatment of Uyghurs in China. And remember the furore over taking the knee against racism?

It seems like the "politics and sport don't mix" argument only gets trotted out when the people you're defending are brown or black.

I have a question for those currently supporting the boycott of Russian goods, entertainment, sports etc but do not support the boycott of Israeli apartheid or are too cowardly to outrightly support a boycott. Why? I genuinely want to know how you explain it to yourself.

The world is doing Boycott, Divestment and Sanctions on Russia for invading Ukraine.

Israel still sits untouched on top of graves of Palestinians for 60+ years & we have anti BDS legislations in place in America.