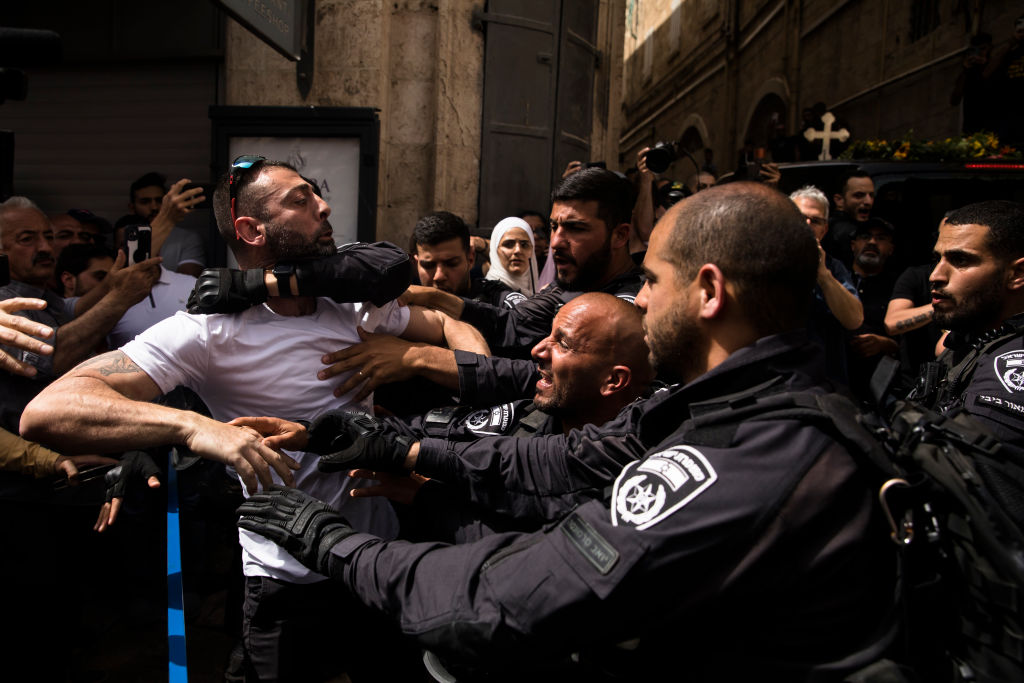 Shocking footage shows the Israeli army attacking the crowd, including the pallbearers, who were forced to nearly drop Abu Akleh’s coffin.

The Al Jazeera journalist was fatally shot by Israeli forces earlier in the week at the Jenin refugee camp.

The closest video of the #Israeli police suppressing the funeral procession of Shireen Abu Aqleh as the coffin was leaving the French hospital towards the cemetery pic.twitter.com/TaOsvCUUCd

Thousands of mourners attended the state funeral before her burial at the Mount Zion Protestant Cemetery alongside her late parents on Friday.

Palestinians paid their respects as Abu Akleh’s body was carried from Jenin, where she was killed, through Nablus and Ramallah to Jerusalem.

Dekker pointed out that police entered Abu Akleh’s home on the day she was killed to remove Palestinian flags and ordered her family to turn off patriotic music. Her brother was then told to stop mourners from carrying Palestinian flags or shout Palestinian chants.

Israeli police come to remove the Palestinian flag from outside the church where Shireen’s family was receiving condolences- and shoved everyone around for no reason. #Shireen_Abu_Akleh pic.twitter.com/41zqOTlKaV

According to Al Jazeera, several people were arrested for raising Palestinian flags during the funeral procession, while a flag on her coffin was also hauled off by Israeli police.

Earlier in the week, Islam Channel joined mourners who gathered for a vigil outside the BBC's New Broadcast House to pay tribute to the Palestinian journalist.