King Charles III: Quotes that capture his admiration for Islam and Muslims 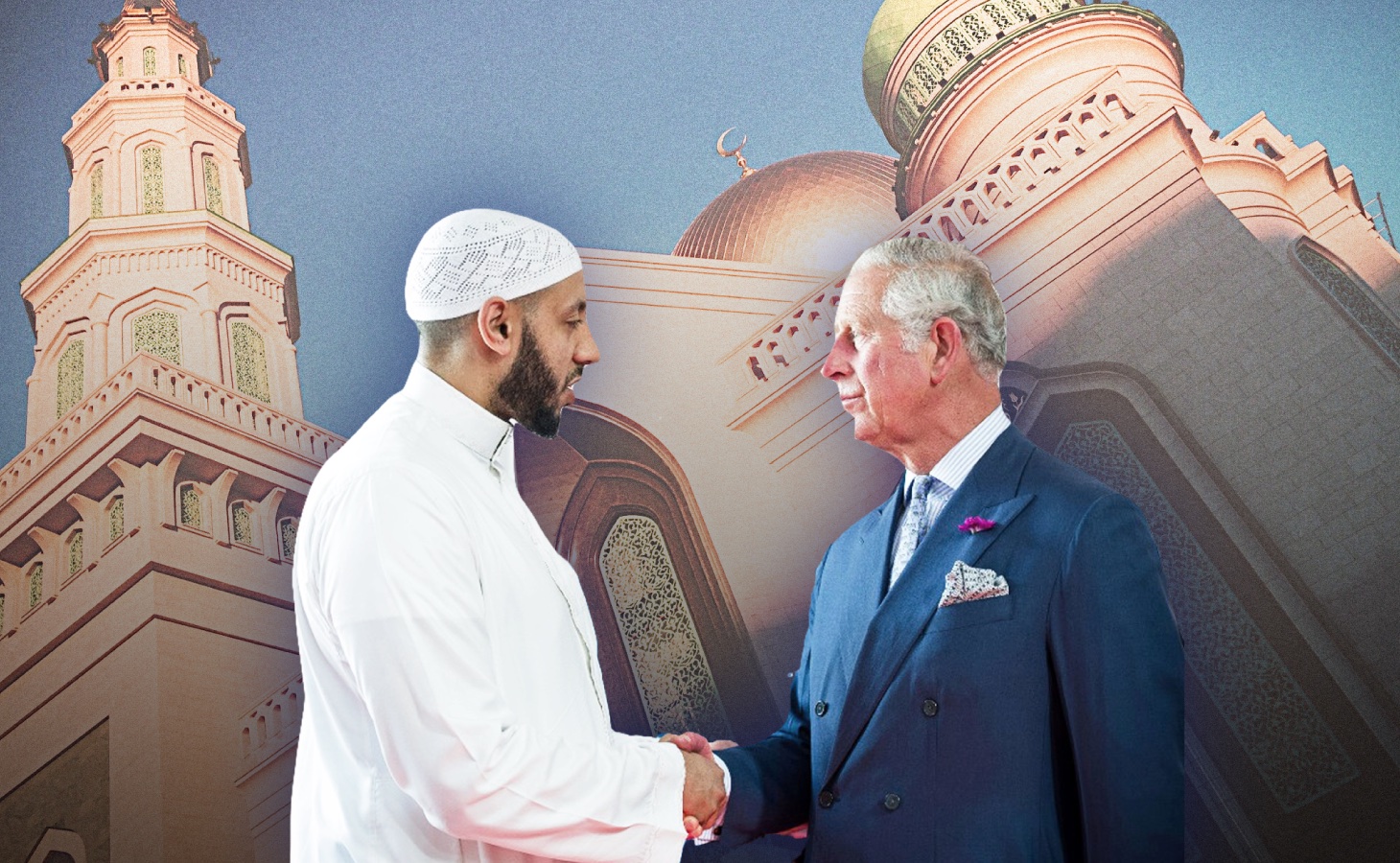 King Charles III's fascination with Islam and Muslims is well known — he made several positive speeches about the religion over the past three decades as Prince of Wales.

Charles, who was proclaimed as King at a ceremony at St James's Palace on Saturday following the death of his mother Queen Elizabeth II, has never been afraid to express his admiration for the faith.

A book released in 2018 suggests that the King's views and beliefs are similar to many in the Muslim community. 'Charles At Seventy: Thoughts, Hopes and Dreams' mentions how he studies the Quran and thinks Christianity can learn from Islam. On the political front, the book says he is sympathetic to Palestinians, opposed the war in Iraq and disagrees with the ban on burqas in Europe.

The former prince has shown a public interest in different faiths. In 2015, he said he would keep the monarch's traditional title as "Defender of the Faith" but saw himself as the protector of all faiths.

During his first speech as King, he re-emphasised that point: “Whatever may be your background or beliefs, I shall endeavour to serve you with loyalty, respect and love,” he said.

Following the Finsbury Park terror attack in 2017, he delivered a personal message of solidarity from the Queen and mentioned how he had always taken a "great interest in the Muslim community in this country."

Here we look at quotes from that famous "Islam and the West" speech and other public comments he has made about Islam and Muslims over the past 30 years.

Islam and the West

In the "Islam and the West" speech in 1993, he talks about the misunderstanding in the west about Islam.

"If there is much misunderstanding in the West about the nature of Islam, there is also much ignorance about the debt our own culture and civilisation owe to the Islamic world. It is a failure which stems, I think, from the straitjacket of history which we have inherited. The medieval Islamic world, from Central Asia to the shores of the Atlantic, was a world where scholars and men of learning flourished. But because we have tended to see Islam as the enemy of the West, as an alien culture, society and system of belief, we have tended to ignore or erase its great relevance to our own history."

On how Christianity can learn from Islam, he says: "Islam can teach us today a way of understanding and living in the world which Christianity itself is the poorer for having lost. At the heart of Islam is its preservation of an integral view of the Universe."

He added that Islam refuses to "separate man and nature, religion and science, mind and matter, and has preserved a metaphysical and unified view of ourselves and the world around us."

The environment, nature and Islam

At the same theatre in 2010, he spoke about how the west can learn from Islamic principles to save the environment.

"The Islamic world is the custodian of one of the greatest treasuries of accumulated wisdom and spiritual knowledge available to humanity. It is both Islam’s noble heritage and a priceless gift to the rest of the world. And yet, so often, that wisdom is now obscured by the dominant drive towards Western materialism – the feeling that to be truly “modern” you have to ape the West."

He added: "The inconvenient truth is that we share this planet with the rest of creation for a very good reason – and that is, we cannot exist on our own without the intricately balanced web of life around us. Islam has always taught this and to ignore that lesson is to default on our contract with Creation.

In 1996, in a speech titled 'A Sense of the Sacred: Building Bridges Between Islam and the West', King Charles championed Islam's respect for the 'natural order.'

"I feel that we in the West could be helped to rediscover those roots of our own understanding by an appreciation of the Islamic tradition's deep respect for the timeless traditions of the natural order. I believe that process could help in the task of bringing our two faiths closer together. It could also help us in the West to rethink, and for the better, our practical stewardship of man and his environment - in fields like healthcare, the natural environment and agriculture, as well as in architecture and urban planning."

Muslim influence on the world

Back to his speech in 1993, he spoke about the influence Islam had on Europe and the wider world.

"Islam nurtured and preserved the quest for learning. In the words of the tradition, 'the ink of the scholar is more sacred than the blood of the martyr'. Cordoba in the 10th century was by far the most civilised city of Europe. We know of lending libraries in Spain at the time King Alfred was making terrible blunders with the culinary arts in this country. It is said that the 400,000 volumes in its ruler's library amounted to more books than all the libraries of the rest of Europe put together.

During his 2006 Unity in Faith speech at Al-Azhar University, the world's second oldest university, he told the audience: "We need to remember that we in the West are in debt to the scholars of Islam, for it was thanks to them that during the Dark Ages in Europe the treasures of classical learning were kept alive."

At the Markfield Institute of Higher Education in Leicester, he said: “Anyone who doubts the contribution of Islam and Muslims to the European Renaissance should, as an exercise, try to do some simple arithmetic using Roman numerals. Thank goodness for Arabic numerals and the concept of Zero introduced into European thought by Muslim mathematicians!"

"My own family benefitted from Islamic wisdom too – Queen Victoria, my great, great, great grandmother, was taught Hindustani using Persian script by Hafez Abdul Karim, one of several Indian staff in her household."

Muslim integration in the UK and Europe

During a speech at the Muslim College in Ealing in 2004, he spoke about the importance of religious education in Britain

"I see Muslim Religious education as a key factor in helping Muslims integrate into British and western society without losing their identity – and am particularly encouraged by the success the College has had in producing successful imams with responsibility for spreading this message in countries as different as Afghanistan and Malaysia.

Two years later, in the eulogy for scholar Zaki Badawi, who founded the Muslim College, Charles mentioned how Badawi was part of a group of people he organised to learn more about the Muslim community and Islam.

"I wanted to learn and understand as much as I could about the rich complexities within Islam; about the subtle nuances surrounding a whole framework for life; about the origins and history of one of the three great Abrahamic faiths founded, above all, on the profound mystery of divine revelation."

The then Prince of Wales has made a few speeches about Islamic finance and how it can tackle some of society's ills, as this 2013 speech to the World Islamic Economic Forum in London shows.

"Where, then, might the solutions lie? It is clear from the Quran and, indeed, from the Bible too, that humanity has a sacred responsibility for the stewardship of the Earth. The time has surely come for our financial institutions to recognise that the Earth is not a limitless resource that can be plundered at will, and to integrate that principle of stewardship into our financial structures. This is where I believe the World Islamic Economic Forum and Islamic or “Alternative” Finance can make a significant contribution. What interests me is that it is based on very important teachings at the heart of Islam the notions of “unity through diversity,” of equity and compassion, as well as the requirement for natural capital to be properly acknowledged."

He added: "There is also a welcome emphasis implicit in Islamic Finance on the real economy, and the idea that finance cannot be divorced from wider ethical and moral codes. So, I wonder, is it possible to build financial and business models that seek to share risk more fairly, between our and future generations, between rich and poor and between financial organisations and society? As it stands, I suspect that if the strict injunction of the Quran against Riba were to be applied to the economic system that prevails at the moment, then the debt we have effectively incurred for future generations by the depletion of the Earth’s natural capital would surely be found to be usurious and profoundly unacceptable."

This year, in his Ramadan message, he talked about the selflessness of the Muslim community in the UK.

“There is much we can all learn from the spirit of Ramadan – not only the generosity, but also abstention, gratefulness and togetherness in prayer which will give great comfort to many across the world during this blessed month.”

“The generosity of spirit and kind-hearted hospitality of Muslims does not cease to astound me and I am sure that as we enter more uncertain times, with many now struggling to cope with increasing challenges, the Muslim community will again be a source of immense charitable giving this Ramadan.