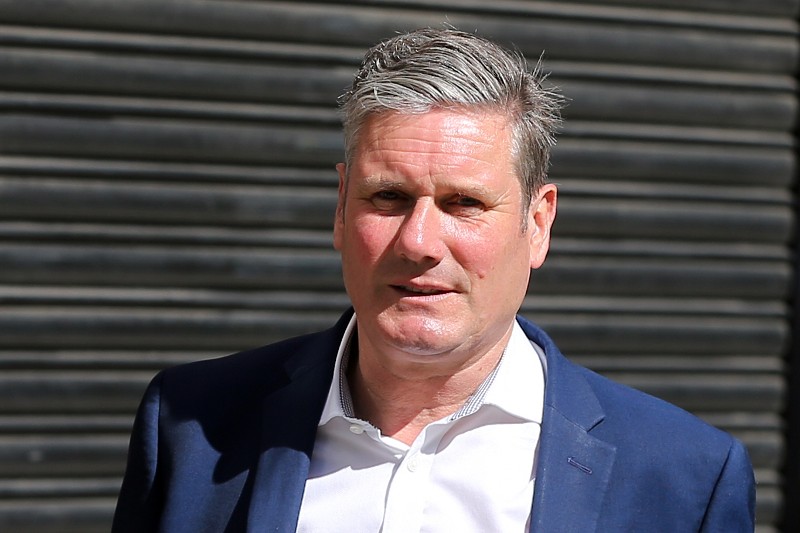 Labour’s been warned the Muslim vote ‘should not be taken for granted’ as new polling shows support for the party has waned with Keir Starmer’s popularity taking a significant hit.

The new research will ring alarm bells amongst the Labour Party especially with the Batley & Spen by-election looming — a constituency with a significant Muslim population that has been under Labour rule since Tony Blair came to power.

Support for Labour is down 11% amongst Muslims

Commissioned by the Labour Muslim Network, the poll found 72% of British Muslims identified with Labour, down 11% compared to how Muslims voted in the 2019 General Election.

On Labour’s favourability in the last 12 months, 37% said their view of Labour has become ‘more unfavourable’ compared with 25% saying it is‘ more favourable’ — a net 12% drop in favourability.

The poll, carried out among 504 British Muslims by Survation, still showed Labour remains far more popular than the Conservatives, with a ‘net favourability’ rating of +42% compared with the Tory’s -39%.

But Starmer is far less favourable than the party amongst Muslims voters — he has a ‘net favourability’ score of -7%.

Although that is better than Boris Johnson’s ‘net favourability’ score of -33%, Starmer’s ‘favourable’ 22% rating is almost the same as the Prime Minister’s 20%. A surprising stat, given the Conservative’s Islamophobia problem and Johnson’s own history of making offensive comments about Muslims.

The poll also revealed the stark difference between Labour’s Muslim voters compared to its voters amongst the general population when it comes to Starmer. His ‘net favourability’ amongst the general population who voted Labour in the 2019 general election is 32%, but the score plummets to -4% with British Muslims who voted Labour in the same election.

Having taken over from Jeremy Corbyn just over a year ago, Starmer’s lurched the party to the right to win back ‘red wall’ constituencies. Concerns over his stance on sensitive Muslim issues like Kashmir and Palestine are also troubling the normally loyal Muslim support.

“For decades the Muslim community have been amongst the most loyal Labour supporters seen anywhere in the United Kingdom. The findings of this opinion poll show the beginning of a fracturing of this relationship,” said Labour Muslim Network in a statement.

“This should be of deep concern for us all in the Labour Party. Muslim voters are sending us a clear message - our votes and support should not be taken for granted and must be earned.

“Winning back the trust of those whom we have lost and strengthening our bond with our existing supporters must begin urgently. This can only be done through a serious commitment by the leaders throughout our party and movement.

“Everyone at the Labour Muslim Network is desperate to see Labour win again - but to do so we must understand the serious concerns amongst some of our most loyal voters.”

In November 2020, the group released a report that found more than one in four Muslim members had directly experienced Islamophobia in the Labour Party.

It reported that 44% of the respondents did not believe the party took Islamophobia seriously, while 48% had no confidence Labour could deal with Islamophobia properly through its complaints process.

Starmer calls for Johnson to apologise for his previous Islamophobic comments

A recent report into Islamophobia in the Tory party showed that the picture there is not all that rosy either and Starmer has called for Johnson to issue an apology for the offensive comments he has previously made about Muslims.