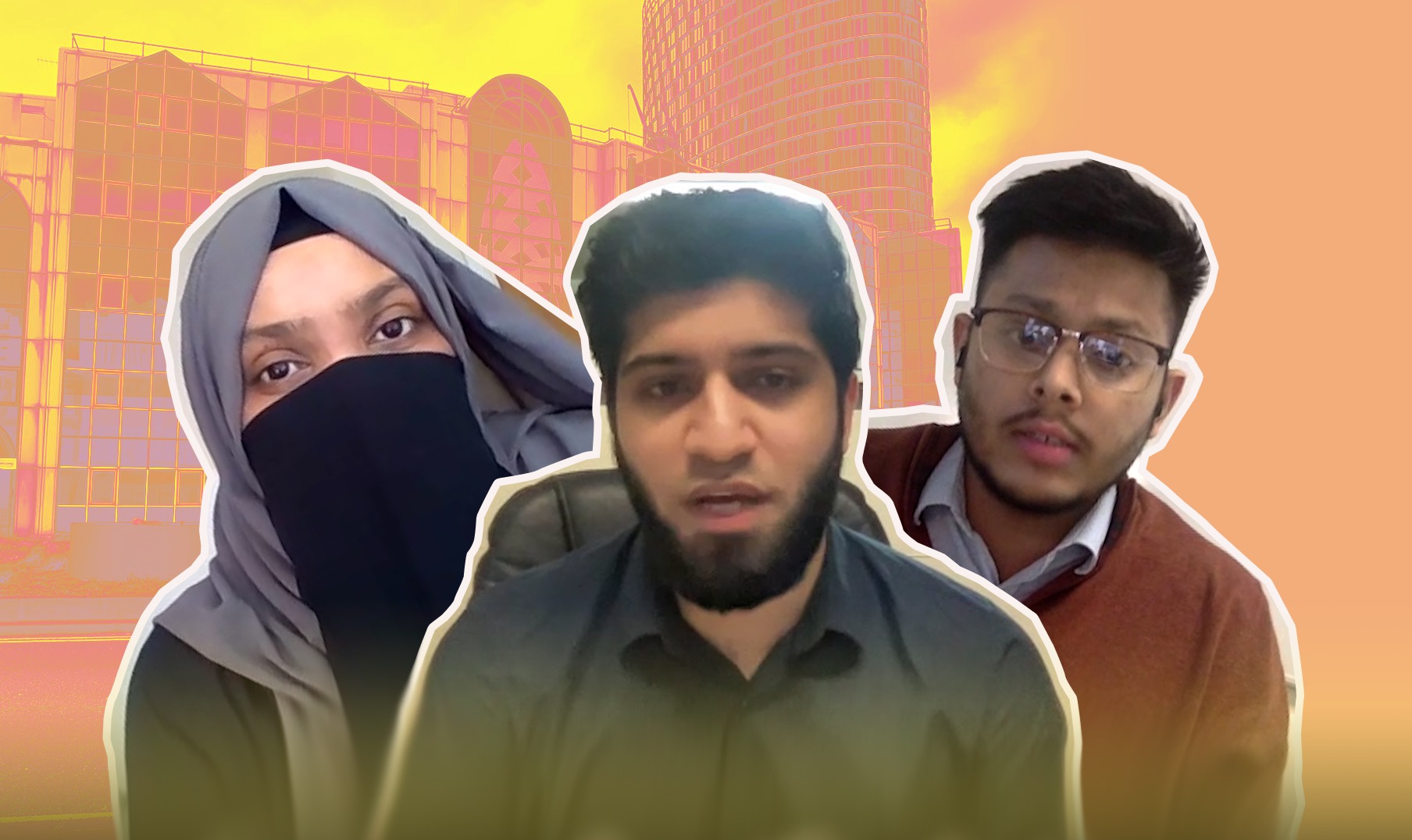 Three former students of London Academy of Excellence (LAE) have spoken to Islam Channel about their experiences at the sixth form after allegations of Islamophobia emerged earlier in the week.

On Monday, former students from LAE launched a campaign accusing the sixth form of 'structural Islamophobia,' claims which the school has denied.

The group accuses the sixth form of not providing Muslim students with adequate prayer facilities and for exhibiting "invasive and harassing behaviour towards Muslim students".

LAE has not provided Islam Channel with an official comment regarding the accusations, but the school did release a statement on Monday calling the allegations ‘malicious’.

Islam Channel has now spoken to three ex-students who are part of the alumni-led LAE-Exposed campaign.

A former student who started in 2013, Mubash-Sharah said there was no issue when she first joined the sixth form as there was a prayer room.

She said issues arose in 2014 and then in 2015 prayers on-site were banned, which prompted the students to find other ways to perform salat.

“My friends and I, we would get together and we would go downstairs near the staircase and we would pray there,” said Mubash-Sharah. “And one person would be a look out, just to make sure that the teachers wouldn't catch us praying there.”

She said how one teacher would help her pray secretly: “That teacher would actually let us go into his classroom, [he would] turn the lights off and lock the door. And once we were done praying... he would come back and unlock the door and let us go to lunch. So those are some of the things that we had to do just to be able to pray."

Mubash-Sharah claimed that a teacher asked her whether she knew Shamima Begum, the girl who left at 15 to go to Syria.

“It was really outrageous because she comes from the Bethnal Green area, and we come from the other [side of the] East End, so there was no way for us to be related to her, or to know of her."

“And that was the time when we realised that this teacher is not looking at us as a safeguarding staff, he’s looking at us with the lens of suspicion. And it was really heart breaking.”

She said she knew of other students that experienced issues at LAE for praying. “I know that there were other students who ended up getting detention and [other] consequences."

Mubash-Sharah said she did not know what the students’ rights were when these issues were happening but added that students did start petitions and complained to teachers.

She said the experience at the school was ‘traumatising’ and ‘awful’: “I blocked it off my mind for a long time.”

“I don't think that the school can deny the experiences of the students - there are far too many of us,” she added.

In its statement earlier in the week, LAE pointed out that it is providing provisions for students to pray and that it has hired a hall in another facility as it lacks space in the school itself.

LAE-Exposed said the hired room used to be a bar and has only been made available in the last two weeks. It claimed in a tweet thread that there are “unfair rules imposed” on anyone who wants to use it.

“I think the main thing to note from this is that there are spaces available within the school. We were students there, we saw empty classrooms all the time,” said Mubash-Sharah.

“And the fact that they are going out of their way to create an offsite space, away from the school speaks volumes about how the school feels about a prayer space and seeing a Muslim student pray.”

Saheel attended LAE from 2014 to 2016 and said there were no issues at first, but things changed three months after joining.

Saheel said he knows of female students who have alleged that they were asked about being ‘jihadi brides’ or questioned about wearing the hijab.

Of his own experiences, he claimed that he was once asked 'What are your opinions on the Islamic State?’. He added that there was “no reason to ask these sort of questions” and felt they were based on “Islamophobic narratives and tendencies.”

Saheel said he does not accept the argument that the school does not have facilities for students to pray.

“The school is making an argument that, you know, it doesn't have facilities for students to pray. But that doesn't excuse punishing students for praying,” he said.

“So, the students, if they were in an empty classroom studying, they would have no problem. But if that same student was using that same space to pray at the same time, they would be given detention. That is Islamophobic.”

Saheel pointed to other situations that students found uncomfortable, such as inviting speakers from Prevent and Quilliam Foundation, the controversial and now defunct ‘counter-extremism’ group.

“LAE also invited a speaker from the notorious Quilliam foundation in an attempt to try convince students to accept the rules that had been put in place.” LAE-Exposed claimed on twitter.

He added: So, when we would tweet out against LAE... we were told you need to delete it and we were threatened with ‘if you don't, there will be repercussions.’ So as a student, who do we voice it to then?”

Misbah attended LAE between 2014 - 2016 and described his experience as “unnecessary, challenging and difficult.”

He said Muslim students were “continuously treated as suspects...as criminals, simply for wanting to practice their faith.”

Misbah claimed one day he was walking down the corridor and randomly a teacher “pulled me over, and with a smirk on his face asked me, ‘When am I going to Syria?’”

He added: “On another occasion, the same teacher actually pulled me over after I finished praying. And he was interrogating me about my views on the Charlie Hebdo attacks. And again, for me, it was like, is he asking me this question because he sees me as a potential extremist? Or is he asking me these questions because I was visibly Muslim?”

Misbah said other students complained of teachers trying to stop them from praying on site.

“Whilst they were praying, teachers would wave at them, shout at them, tell them to stop because they weren't allowed to pray,” said Misbah.

The school in its statement earlier in the week called the allegations of Islamophobia ‘malicious’.

He added: “We the alumni need to get justice for how we were treated.”

Misbah said the whole experience at LAE has left him “somewhat shy of expressing my Islamic identity.”

In a statement on Monday, LAE said: "We are aware of an online campaign alleging that LAE is an institutionally Islamophobic institution. We refute this allegation as without foundation and regard it as malicious."

The school said the core of the allegations are related to facilities to pray and pointed out that it is providing provisions for students to pray despite having a lack of space on site, including by hiring a hall in another facility away from the school.