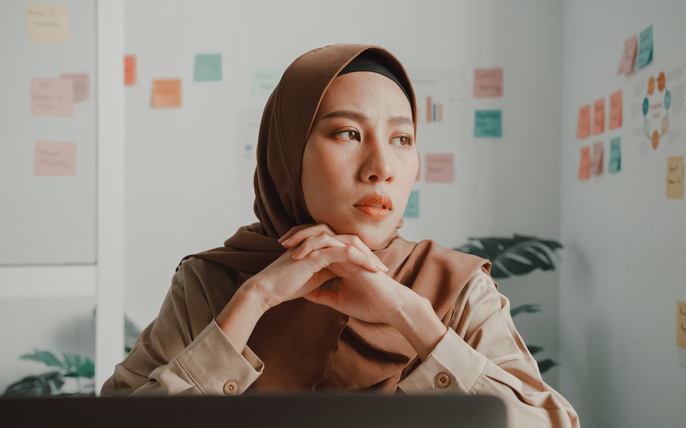 A “Muslim penalty” exists in the employment market, which results in a high unemployment rate among British Muslims, a study confirms.

Published in the peer-reviewed Ethnic and Racial Studies journal, the paper found that Muslims in the UK are more likely to be unemployed than their white British counterparts.

"Overall, the evidence indicates support for the thesis that there is both a religious (Muslim) and colour (Black) penalty at play in the British labour market," said the report.

"Confirming previous research religion is a much better predictor of unemployment and inactivity for women, whereas for men both colour and religion are important."

The study rejected previous suggestions that the higher unemployment rate was due to the cultural or religious attitudes of Muslims.

Even considering factors like religiosity, gender attitudes, and civic participation, there was still a 'Muslim penalty', it said.

Samir Sweida-Metwally, the doctoral researcher at the University of Bristol who carried out the research, told the Guardian: “The findings offer evidence against the view that Muslims’ poor employment outcomes in Britain are due to their so-called ‘sociocultural attitudes."

“In challenging this narrative, which problematises Muslims and their faith, the study lends support to the overwhelming evidence from field experiments that shows anti-Muslim discrimination towards Muslims and those perceived to be Muslim to be a significant barrier to them accessing work.

“Sociocultural variables such as gender attitudes, language proficiency and the extent of inter and intra-ethnic social ties are not a convincing source of the unexplained ethno-religious differences in labour market participation and unemployment among Muslim men and women."

Sweida-Metwally used ten years of data from the UK Household Longitudinal Study, a yearly survey of the socio-economic situations of 100,000 people.

The risk of a penalty, particularly unemployment, remained considerably high for black African and black Caribbean, regardless of whether they subscribed to a faith tradition. The paper said this backed up previous research that the "British labour market is hierarchized based on skin colour."

It also found that Arab men with no religion were still among those likely to be unemployed.

“[This] might suggest that perceived 'Muslimness' is more important for predicting religious disadvantage among men than actual attachment to the faith,” said the study.

"The paper questions the contention that, amongst men, the ethnic penalty is best understood as resulting primarily from two penalties (colour and religion), and suggests that a country-of-origin penalty may also be at play," it added.

The study comes weeks after a poll showed seven in ten UK Muslims faced some form of Islamophobic workplace discrimination.

Another report earlier in the year found that even when not unemployed, Muslims are more likely to have higher rates of in-work poverty and child poverty.