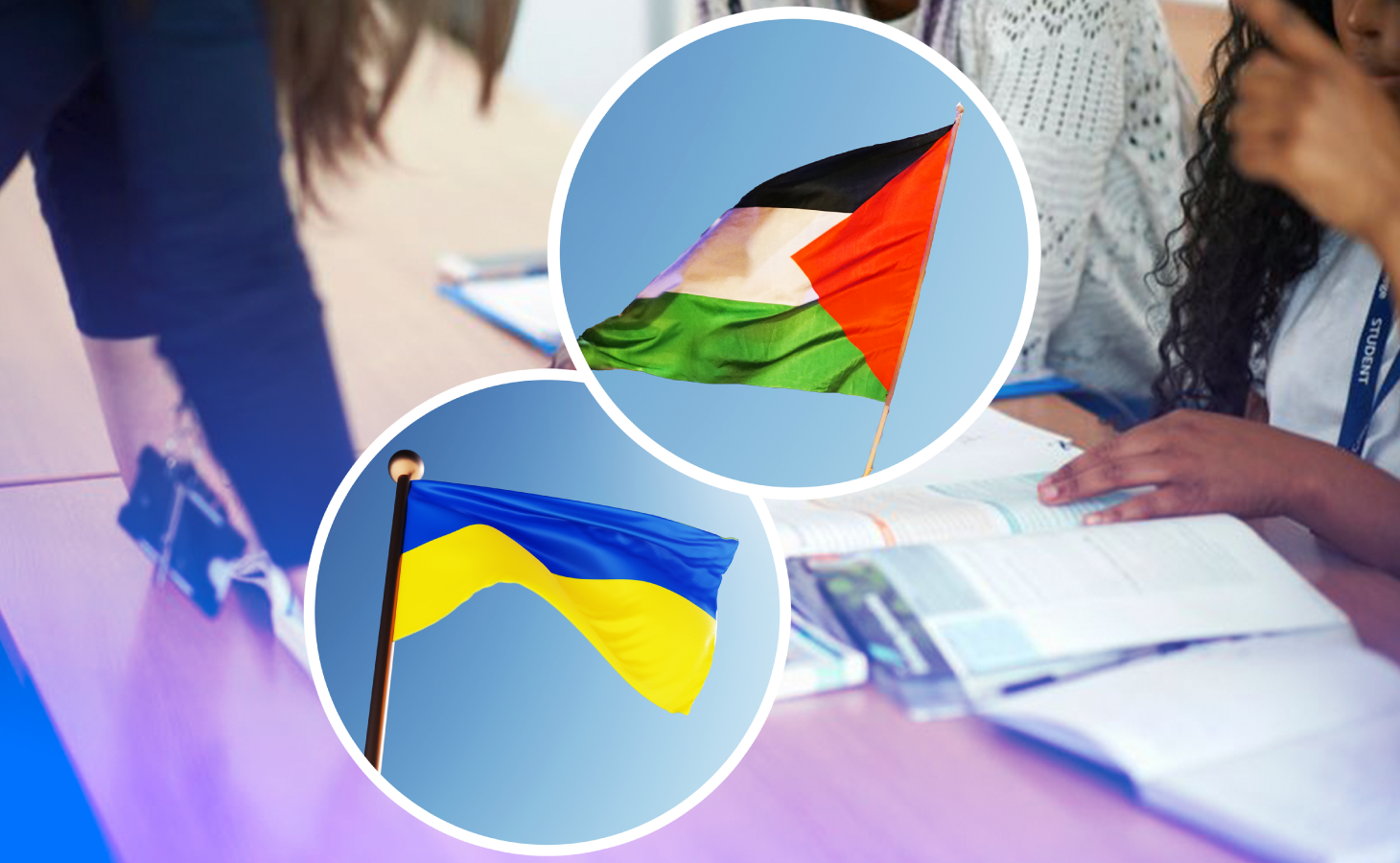 A new study reveals how schools across the UK went to great lengths to support Ukraine after Russia invaded the country, in contrast to how Palestinian solidarity is suppressed in the classroom.

Human rights group CAGE carried out the survey, which received 532 responses from parents, students and teachers. The group said the survey revealed a 'cavalier attitude to due diligence', including collaboration with organisations with far-right links and the soft penetration of security and PREVENT-linked think tanks.

Shockingly, a few responses showed that some schools were raising funds to provide military gear to Ukraine.

In contrast, the respondents mentioned how schools are reluctant to raise awareness of Palestine, fundraise for Palestine, and actively suppress the Palestinian flag.

One respondent described their experience with their daughter’s school: "They deflected questions and didn’t give students the answers they were looking for when asked why funds were being raised for Ukraine and they weren’t even allowed to wear badges for Palestine."

"The only time where they directly spoke about Palestine was in an email about a year ago and it was discouraging any efforts to raise funds. The double standards are uncanny."

Read: "IS RUSSIA'S WAR ON UKRAINE EXPOSING DOUBLE STANDARDS? YOU BET IT IS!"

"The research seeks to illustrate what many have instinctively felt to be a stark disparity between how solidarity with Palestinians was repressed in British schools, compared to the expansive support extended to Ukrainians," said author of the study and Head of Research at CAGE, Azfar Shafi.

He added: "The hundreds of cases, testimonies and documents we received proved beyond doubt that this has been the case - and illustrate the wide variety of forms this has taken."

"Despite the sharp differences, the research uncovered some notable convergences in the way that the government approached the questions of Palestine and Ukraine in school.

"Whether under the banner of countering ‘extremism’, preventing ‘antisemitism’ or tackling ‘disinformation’, there has been a concerted effort to stage-manage the terms of political discussion in school, including through the use of security thinktanks, to firmly align with British foreign policy interests."

Earlier in the month, the High Court in London dismissed a legal challenge brought against the Department for Education by CAGE for issuing "discriminatory" guidance that led to the censure of dozens of schoolchildren showing support for Palestine during the Israeli bombing of Gaza last year.