"Is Russia's war on Ukraine exposing double standards? You bet it is!" 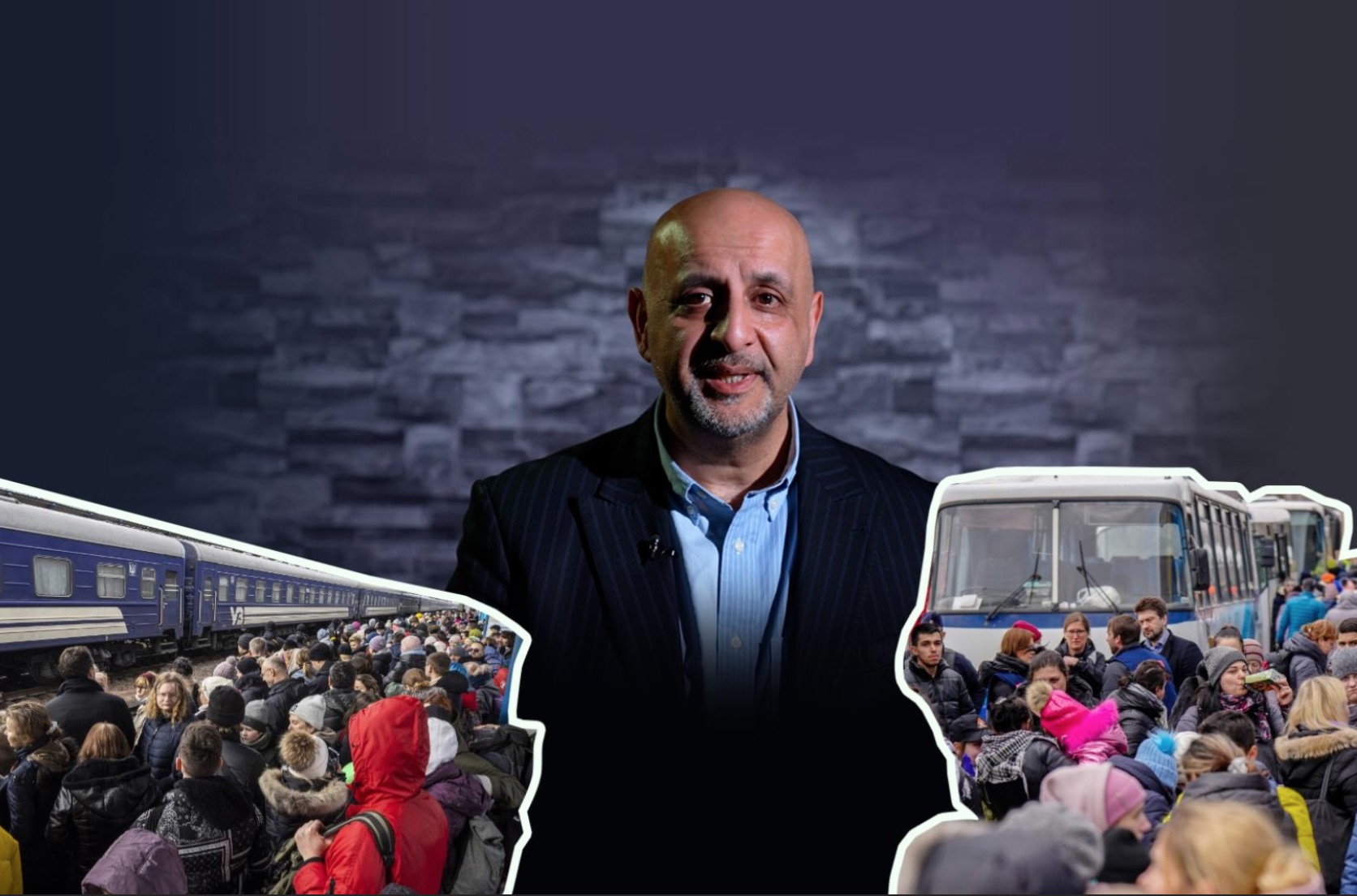 Islam Channel's NewsTalk presenter Aaqil Ahmed gives us his take on the double standards we're seeing in how the Ukraine-Russia conflict is being discussed.

‍So are we seeing double standards in how the media is reporting and western governments are behaving, regarding the war between Ukraine and Russia? You bet we are.

But before we explore why, let's get something out of the way.

You can think there are double standards being applied and still condemn Russia and want peace and security for the people of Ukraine.

Now we’ve got that out of the way – double standards number one.

The Ukrainians have shown us that refugees can be a good thing. We are all up for helping them. They are 'blue eyed', 'Christian' and 'white'. We must let them in, this is a no 'flood' or 'swarm', this is our duty, they need our help.

Of course, they deserve our help just as people fleeing the carnage in Syria, or escaping the brutality of Isis or the Rohingyas persecution in Myanmar, do.

But when we think back to the coverage of those groups do we honestly think that all groups are being treated equally?

It was only a few months ago that we were witnessing scenes of stranded refugees freezing on the Belarussian border. Where were the loud noises then about welcoming these poor people?

Before you think they aren’t all refugees, well so what – some aren’t but some are.

Sadly, we don’t know if they all have 'Netflix subscriptions', which is another of the often-repeated lines used to describe how Ukrainian refugees are 'just like us'.

Welcoming people fleeing war should never be dependent on how similar they feel to you. I’ve been to Kiev and I loved it there but just because they are white doesn’t mean they are the same as ‘you’.

Now if you feel happy that these are the ‘right type’ of refugee and that you can empathise with them because of how they look and live, then ask yourself why you accept this double standard so easily?

Double standard number two. The Ukrainian defence of their country is something I am in awe of, it’s hard not to feel sympathy for them and to want to help them against such a brutal aggressor.

We’ve seen news items showing us people signing up and our own foreign secretary joined in with comments about it.

I get it, people feel very strongly about it and want to help.

What is striking though is the difference in how we report on people who would want to do the same in other conflicts.

This pick and mix approach, to when it’s good to fight in someone else’s war, is rank hypocrisy and a clear double standard.

But it’s not just about people joining some kind of foreign legion. The big double standard is how we reference the Ukrainians fighting the Russian invasion of their country.

Our governments are arming them and to be honest who would disagree?

They have the right to bear arms and repel the invader. But in double standard number three, we have a selective pick and mix approach again, when we compare with others under occupation or in the midst of an invasion.

News reports showed ordinary Ukrainians making Molotov cocktails and it's hard not to feel some kind of pride that they are willing to defend their land with such simple things against a large well-armed aggressor.

But if you are a Palestinian in the West Bank or occupied East Jerusalem, don’t throw a stone as that’s 'extremism' and 'terrorism.' For that, you could get twenty years in jail and not a sympathetic interview about much you are like ‘us’.

And don’t get me started on Yemen, Kashmir and many others. Conflicts that get ignored or lazily thrown into the so-called war on terror basket rather than any kind of sympathetic understanding of what is really going on.

Sympathy that’s a good thought — and double standard number four. Buildings all over Europe are bathed in blue and yellow to show support for Ukraine. Russia has faced cultural and sporting boycotts and none of us blinks an eye.

Who really thinks UEFA has done the wrong thing by moving the Champions League final out of St Petersburg? And there wasn’t a dry eye in the stadium when we saw Ukrainian footballers embracing each other despite being on opposing teams, or other sportspeople displaying messages and flags in support of Ukraine.

But when Mesut Ozil talked about the Uyghur's treatment by China his career in the UK, and if we're honest, in top-flight football was effectively over.

When Celtic fans' overt displays of Palestinian flags resulted in a fine, where was our sympathy then or numerous debates by football pundits about why we should be turning a blind eye to the politicisation of sport?

There are other double standards at play – from the invasion of Iraq to conflicts and occupations around the world that suit a particular worldview. And I haven’t even mentioned how easy it now seems to be to take down social media sites that support Russia.

A comfort I am sure to many of those who asked for similar actions in other conflict zones, that were refused.

But all of this isn’t some kind of whataboutery or even an attempt to say look at me, look at me. This is simply a quick reminder that there are double standards a plenty and calling them out doesn’t mean you don’t support the Ukrainians, it simply means this – a refugee is a refugee, and their ethnic or religious background should make no difference at all.

My final thought is — we should be all in this together and come to the aid of all those suffering and asking for our help.

There should never be a hierarchy for helping those in need.

You can watch NewsTalk on Islam Channel every Thursday at 9pm. Watch previous episodes on catch-up.‍