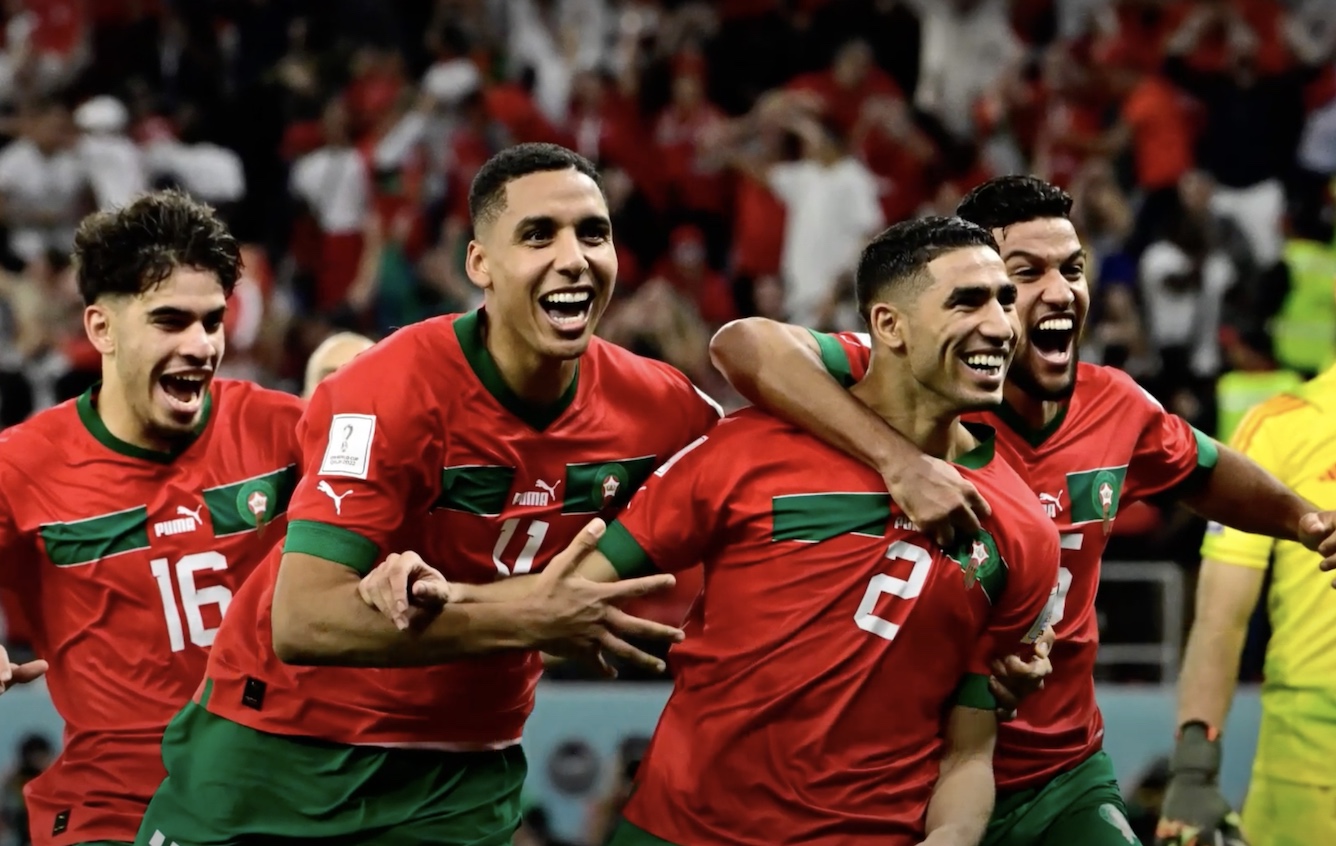 Morocco made history by becoming the first Arab country to qualify for a World Cup quarter-final after their penalty shootout win over Spain.

The tournament has showcased some of the best qualities of Muslim culture on and off the pitch — and Morocco continued that trend.

The team recited Sura al-Fatiha before their spot kicks; they won 3-0 on penalties after a goalless result on the pitch.

The whole of Morocco's team recited Surah al-Fatiha together, before taking penalties against Spain. pic.twitter.com/G5AtcAFN6s

After their win, they went on to perform the Sajdat al-Shukr (prostration made to thank God).

And they celebrated the victory by holding a Palestinian flag aloft during a team picture — something that has been a significant feature in this World Cup.

Beating one of the favourites

Morocco kept out Spain, one of the tournament's favourites, during the whole match — and even had chances to grab a winner in normal time.

But the game went to penalties. Spain failed to convert any of their three penalties, with Moroccan goalkeeper Bono proving to be the hero by saving two.

Achraf Hakimi, born and raised in Madrid, scored the winning penalty with a nerveless ‘Panenka’ - one of the riskiest and coolest penalty techniques - to send Spain out of the tournament.

They will now face Portugal, who beat Switzerland 6-1, in the quarter-finals.

If they beat Portugal, they could meet England or France in the semis, a potentially explosive match given Morocco only gained independence from France in 1956.

Morocco's not the first Muslim country to reach the quarter-finals of a World Cup tournament.

Senegal and Turkey faced each other in the last eight of the 2002 World Cup. Turkey finished 3rd in that competition.

There were joyous celebrations across Morocco on Tuesday night, with huge crowds waving flags and letting off flares.

Incredible scenes in Rabat, Morocco 🇲🇦 of fans celebrating booking their spot to the quarter-finals for the first time. #FIFAWorldCup

But the celebrations weren’t just limited to Morocco, as fans partied all over the globe after the historic win. Hundreds gathered to sing football chants and let off fireworks in Barcelona and Paris.

And in London’s West End, Moroccan fans gathered to celebrate the victory — and again, the Palestinian flag took centre stage.